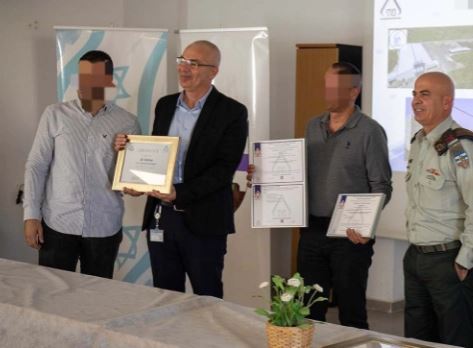 In a first, Israel has granted its standards mark to four Palestinian factories in the West Bank, allowing them to sell their products in Israeli and European markets.

Major General Ghassan Alyan, who heads the Unit for Coordination of Government Activities in the Territories (COGAT), described the move as “a very important step for strengthening the Palestinian and Israeli economies.”

“For the sake of stability in the security, civil society, and economy of the entire region, we worked with determination to win the Standards Mark for these Palestinian factories, so that they may significantly increase their income and contribute economically to the entire region,” he said. “I hope wholeheartedly that additional factories will complete the process and also become eligible for the Israeli Standards Mark.”

The Standards Institution of Israel issues standards mark licenses for products to ensure their quality and safety. The ceremony, held at the Institution’s headquarters in Tel Aviv together with COGAT, was the culmination of several months of cooperation between the two bodies. The factories faced a rigorous process to prove their compliance with the benchmarks, including comprehensive testing.

“This was part of a wide-ranging program, approved by Defense Minister Benny Gantz, for strengthening and improving Israel’s economic ties with the Palestinian Authority,” COGAT stated.

Gantz said he welcomed “the productive measure taken by COGAT and the Standards Institution to provide Israeli standard certification to four Palestinian factories, enabling them to export quality products to Israel and abroad.”

“I support programs that will bring prosperity to Israelis and Palestinians,” Gantz added.