Nine months ago on Holocaust Memorial day, Secretary of State for Communities, Housing and Local Governent, Robert Jenrick MP, made the demand for all universities in the UK to adopt the International Holocaust Remembrance Alliance (IHRA) Definition of antisemitism.

This important intervention came after extensive lobbying by the Union of Jewish Students (UJS) and a round table between the Secretary of State and Jewish students. The demand sent a clear message that universities need to do more to protect Jewish students and staff on their campuses.

After a Freedom of Information request campaign and investigation by UJS, we discovered that out of 133 Higher Education (HE) institutions, only 28 have adopted the IHRA definition.

17 HE institutions wrote to us saying they plan to meet and discuss the adoption of the IHRA definition at a formal meeting in the near future. While, astonishingly, 80 institutions said they have no current plans to adopt the definition. 7 institutions did not respond.

Adopting the IHRA Definition of Antisemitism is imperative. Antisemitic incidents at UK universities rose by 38% year-on-year in the first six months of 2020. We have seen multiple examples of antisemitism being dismissed by universities who refuse to adopt this definition. When the definition is not used, it gives the power to those investigating, most often academic staff from the same department, to decide what they believe constitutes antisemitism.

The best example of this came recently at the University of Warwick. When a lecturer was recorded saying that “the idea that the Labour Party is antisemitic is very much an Israeli lobby kind of idea”. This was called out as antisemitic but dismissed by the university, as an ‘engaging debate’. 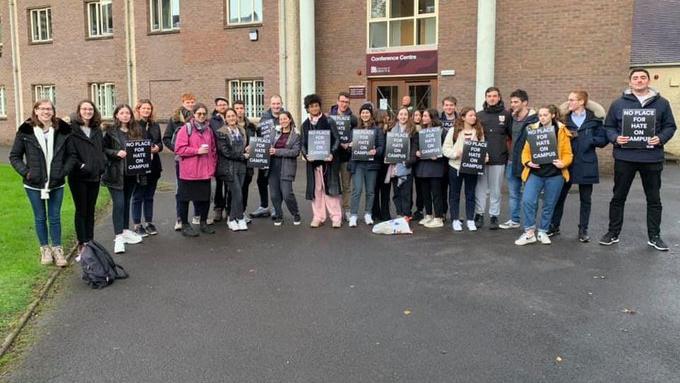 Another example occurred at the University of Bristol, who refused to investigate the controversial lecturer David Miller. Bristol is the perfect example of a university who originally refused to adopt the IHRA definition but only after extensive campaigning by Jewish students did the University Senate finally decide to adopt. We want to see Jewish students all over the country putting the pressure on university management and demanding that they take action now. Our students continue to have to deal with and fight antisemitism on campus, and we need universities to step up and support them.