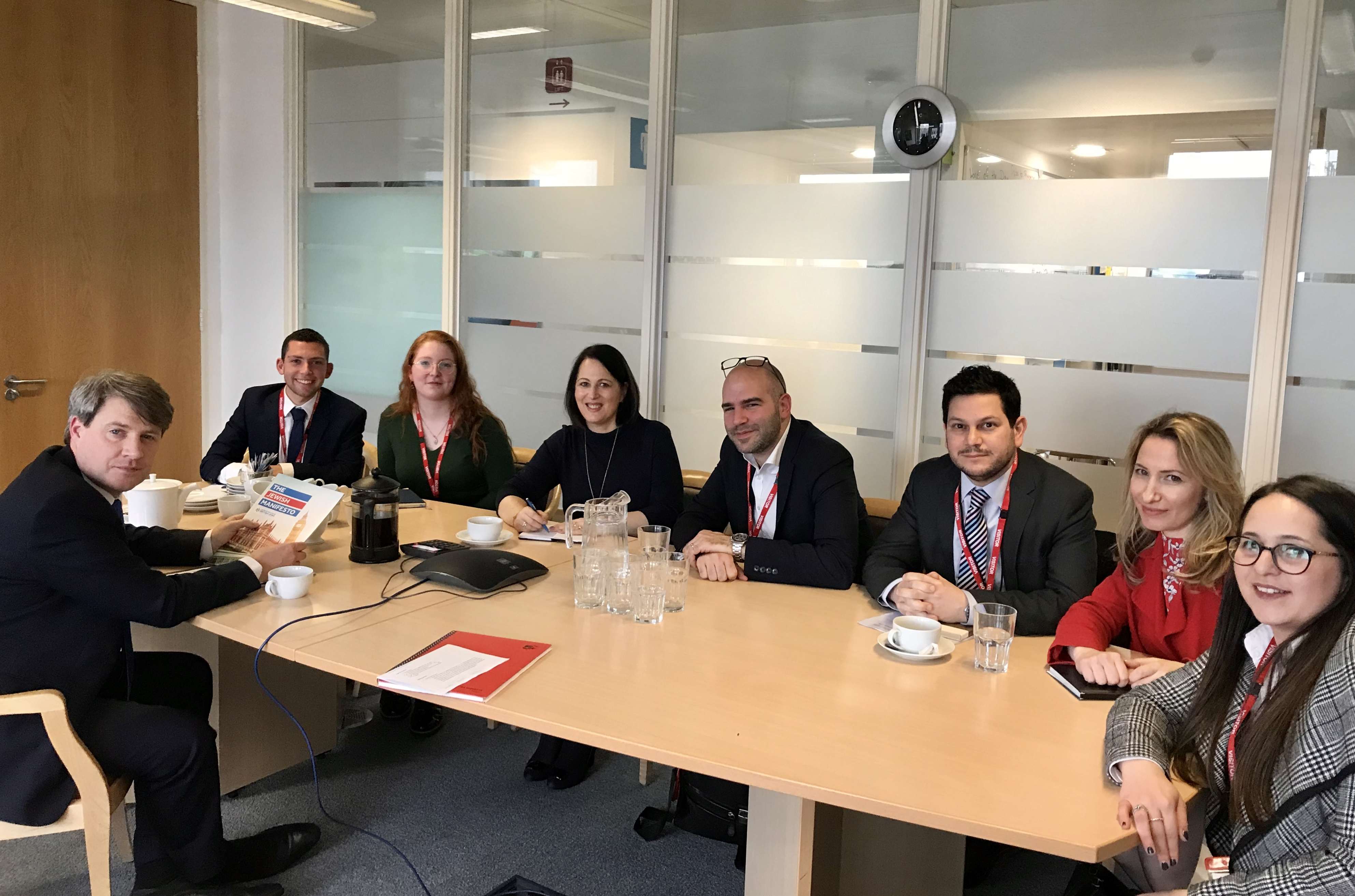 The delegation comprised of the Board of Deputies of British Jews, CST, Jewish Leadership Council, Antisemitism Policy Trust, and the University Jewish Chaplaincy. UJS were represented by President Esther Offenberg and Campaigns Organiser Daniel Kosky.

Universities Minister Chris Skidmore said: “Jewish students should be able to enjoy a full and varied university experience without discrimination and I was pleased to meet with Jewish community organisations to discuss this. I have been clear I expect all universities to adopt the International Holocaust Remembrance Alliance definition of antisemitism to show they are serious about making their campuses tolerant environments.”

Daniel Kosky, Campaigns Organiser, Union of Jewish Students: “We were pleased to meet with Universities Minister Chris Skidmore to discuss the issues faced by Jewish students on campus. We discussed the role of Government in supporting Jewish students and in the fight against antisemitism on campus. We were reassured by the strong support offered and look forward to continuing our work with Government to ensure Jewish students can and continue to thrive on campus. We would like to thank the Board of Deputies for facilitating this meeting.”

Board of Deputies Vice President Amanda Bowman said: “We would like to thank Minister Skidmore for meeting with the Jewish community and discussing key issues that affect Jewish students and academics – including the IHRA definition of antisemitism and prohibitive security costs for students events. The Minister and his team are very concerned about these topics and we look forward to working with them on these and other related matters.”