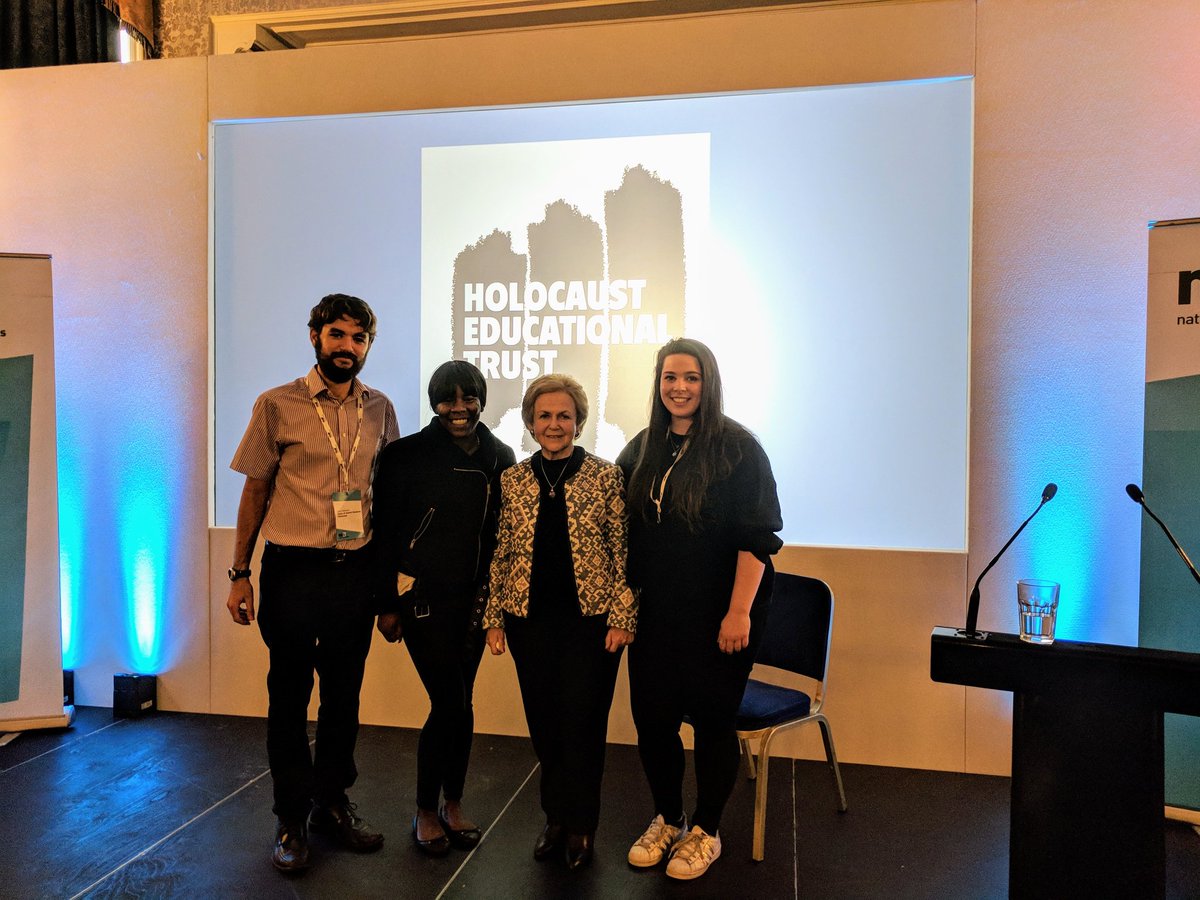 We’re excited to announce Our Living Memory, a joint campaign between UJS, NUS and the Holocaust Educational Trust.

Together we’ll be supporting J-Socs and Jewish students to partner with other faith societies and minority groups to remember the Holocaust and the persecution of other groups by the Nazis from 1933 to 1945.

As Sam Gold, UJS co-Campaigns Officer, said: ‘although eyewitnesses to the Holocaust are sadly passing away, Our Living Memory will enable students of all faiths, backgrounds, cultures and beliefs to commit to keeping the memory of the victims alive.’

He added: ‘The campaign also highlights the ongoing importance of Jewish students working with other minority groups to combat the worrying rise of racism and hate crime on campus and beyond.’

Izzy said: ‘It is vitally important that we help different communities learn and engage with lessons from the past to recognise the loss of so many lives. In partnership we have the opportunity to bring communities together, preventing discrimination and racism in our society.’

Mala shared an incredible story of survival, including her incarceration in Ravensbrück concentration camp and liberation by the British Army, followed by the incredible discovery that her brother had also survived against the odds. She then told her captivated audience: ‘The Holocaust should serve as an example of what can happen when there is racism and discrimination in society. […] I think that by listening to my story and realising what can happen when civilisation breaks down, when despots rule, when there is racism, when humanity breaks down, I hope that will encourage you to do something about it.’

Liron Velleman, UJS Campaigns Manager, spoke after Mala to introduce Our Living Memory. He encouraged the audience to follow Mala’s wish that they ‘do something’ by bringing the campaign to their campuses. UJS, NUS and HET will be assisting student leaders, J-Socs, other faith societies and students’ unions in hosting commemorative events surrounding Holocaust Memorial Day 2018, whilst on social media we’ll be highlighting the various groups that the Nazis targeted.

Last year, incredible work by J-Socs and Jewish students meant that over 3,500 students, university staff and local community members were able to learn about and commemorate the Holocaust, including hearing survivor testimony and attending memorial services, film screenings and discussions. We are really excited that we’ll be able to reach even more people this year, thanks to our partnership with HET and NUS for Our Living Memory.

How you can get involved:

At UJS, the campaign is being jointly led by Sam Gold, co-Campaigns Officer, and Kathryn Rose, J-Soc Officer with special responsibility for Holocaust education, so if you’d like to find out more about how we can help you bring Our Living Memory to your J-Soc or students’ union, please get in touch with either of them.

Listening to Mala Tribich, a holocaust survivor, talk about her experience. Humbling and inspiring. #MyZones pic.twitter.com/1PDtQckrSm

Honoured to hear from Mala today about her experiences as a Holocaust Survivor and show us why it is important that we never forget #MyZones pic.twitter.com/OtfKmDxDPr

The moving testimony by @MalaTribich @nusconnect #myzones makes you realise once again how precious life is & how grateful we should be!

We look forward to hearing from you on how you can get involved with Our Living Memory!