Combatting BDS for the third time in 15 months - Michali Belovski

I have just spent Shabbat with several friends who are serving in the Israeli army. They told me about their struggles - not enjoying their jobs, missing their families who are thousands of miles away, Israeli bureaucracy, not seeing their boyfriends or girlfriends for weeks at a time because they are both in the army. At lunch time, when we heard that an Israeli plane was shot down by Syria during the night, my friend, a committed shomeret Shabbat (keeps Shabbat), ran to check her phone because she knew she might get called back to her air force base. Every one of these friends of mine, knowing the struggles ahead, voluntarily left their home comforts and joined the IDF because they believe that is the best thing they could be doing with these few years of their lives. Because they believe in the fight of Medinat Yisrael (the state of Israel). Because they love Am Yisrael (the Jewish people).

Now imagine how disappointed and angry I was when I checked my phone after Shabbat to discover that once again, Israel needs defending. I am being called upon again. They want me to explain, to people who hate my existence and hate that of my friends in the IDF even more, why the country I love and yearn to call home deserves to exist. Why my people, after thousands of years of suffering and wandering, deserve to stay in our homeland. Why my friends are not evil occupiers but young ideological people who make sacrifices every single day to keep the land of our ancestors safe from those who want to destroy us. Why I cry every time my plane takes off from Ben-Gurion airport. Why I count the days until I can return home, this time permanently. Why Israel should exist.

And I don’t know how. I can bring Biblical proofs that Eretz Yisrael (the land of Israel) was given to Am Yisrael (the Jewish people). I can show how every day, three times a day, throughout a nearly 2000 year long exile, Jews have prayed for our return. I can point out how Israel took in millions of refugees from countries that no longer wanted their Jews. I can point out that no other country that has been in existence nearly 70 years is still defending its right to exist. I can talk about medical, agricultural and technological advances that Israel has made in the last 70 years. I can explain why Israel is not an apartheid state and why BDS is actually bad for Palestinians.

But I know it won’t work. I know that too many people don’t want me and my friends and my country to exist, and so even though I can offer arguments, their hatred will blind them to logic and truth. I know that I am right, but I am tired of being told I am wrong.

Just once, I want others to love Israel. But I know that’s unrealistic.  The world isn’t going to suddenly begin to love Israel when for the last 70 years they’ve been taught otherwise.  But at least, just once, I wish people would tolerate us. 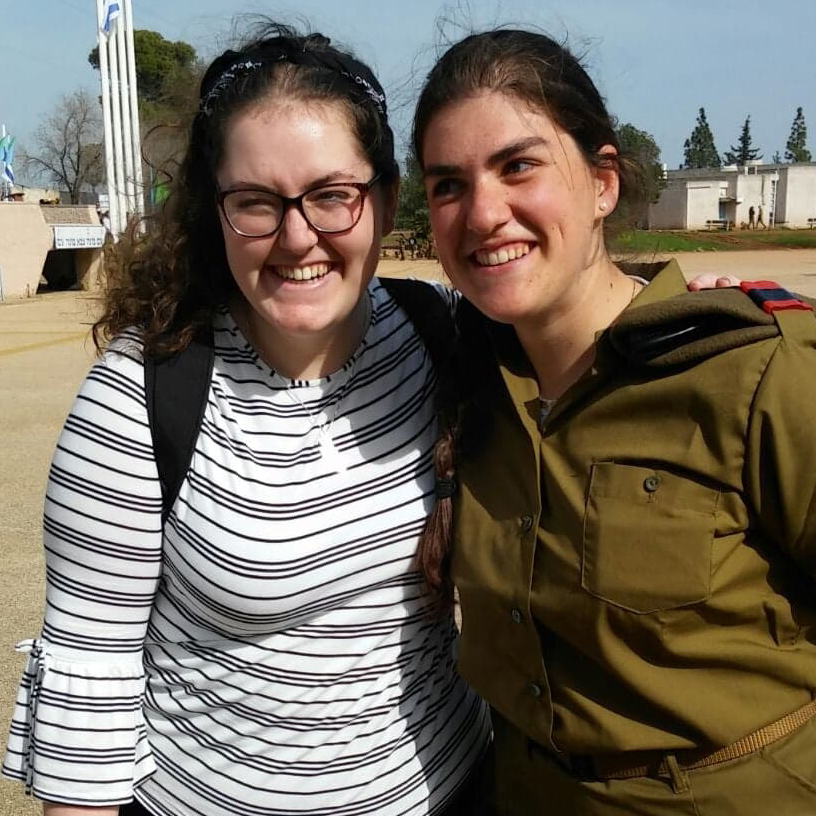 Michali Belovski (above left, with a friend in the IDF), City and Cass J-Soc