Janine Weber addressing 150 students and staff members of different faiths, backgrounds and beliefs at an event organised by Hertfordshire J-Soc

UJS is proud to engage a host of students, from a multitude of faith and non-faith backgrounds to partake in the commemoration of the Holocaust. The living memory of the Holocaust is paramount to the role UJS plays in the student community.

In 2019, J-Socs hosted over 40 Holocaust Memorial Events, across more than 30 campuses around the country. Students hosted Holocaust Survivors who spoke on many of these campuses, as well as students leading their own sessions in remembrance, such as film screenings and memorial events. Students across the country engaged over 5000 people across campuses, students from all different backgrounds and different societies. This has created safe environments on campus to educate about the Holocaust and further conversation to ensure that these atrocities never happen again.

This year, for the UJS Student Awards 2019, UEA J-Soc won the award for best event of the year – Hosting a Holocaust Survivor Speaker that grossed over 400 students:

Tory Selwyn, (UEA): ‘We were lucky enough to hear from Marcel Ladenheim who shared some wonderful first-hand accounts of struggles he faced within the years of the Holocaust and the resulting aftermath. The support we received not only from our Jewish community at university but also the non-Jewish was incredible and showed a great unity amongst our student population... we hope to continue running these events for as long as they are possible!’

Here are some comments from students who hosted Holocaust Memorial Events:

In 2020, Holocaust Memorial Day is on the 27th January, and if you would like to commemorate it, the best way is to host an event on campus; whether this be hosting a survivor speaker, a film screening, a memorial, or a new idea. This can be held on any date or time – whatever is convenient for your students. Don’t worry if you’ve never organised an event before, we’re here to help you along the way by providing ideas and resources to use.

If you have any questions when organising your event, contact Lauren 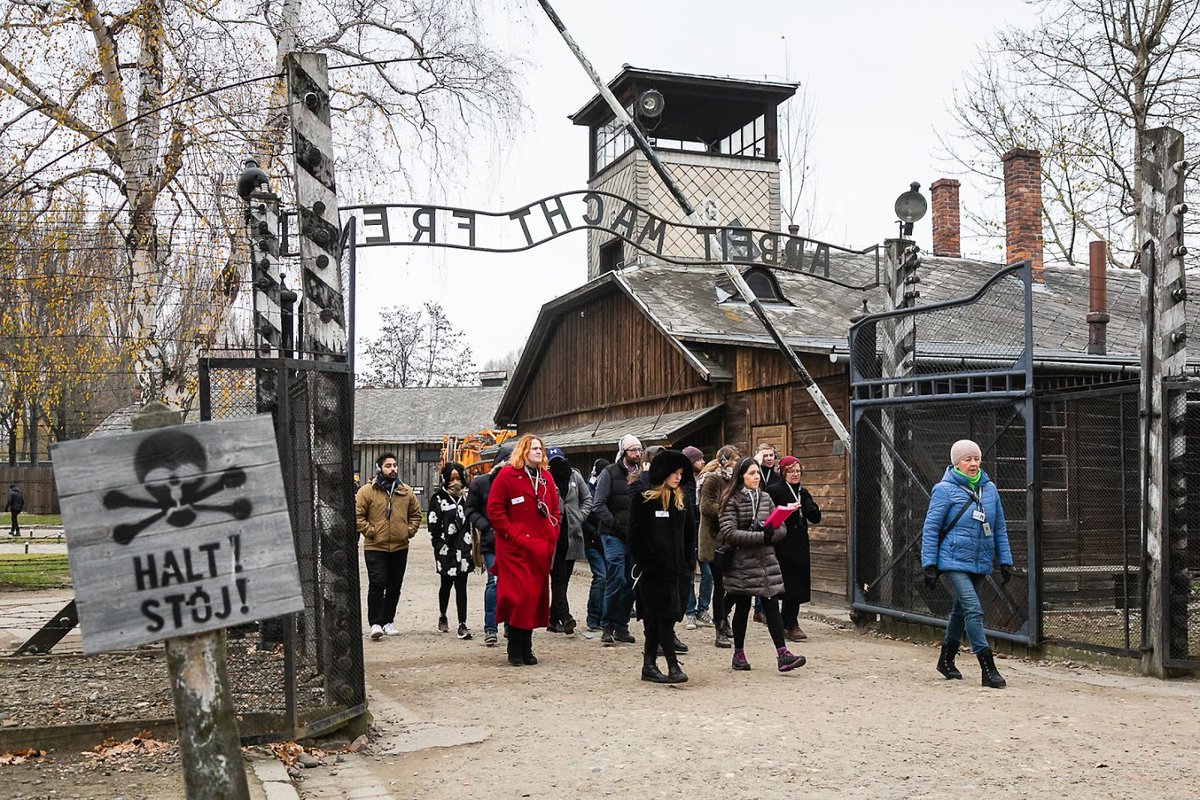 UJS was also proud to partner with the Holocaust Educational Trust on a unique 'Lessons from Auschwitz' Universities Project. In January 2018, then Communities Secretary Sajid Javid announced in Parliament that UJS and HET would receive a government grant of £144,000 in order to take university and student union leaders to Auschwitz-Birkenau. This grant allowed us to expand on previous work, where each year, a group of sabbatical officers from across the country participate would participate in a 3 day course: an orientation day; a one-day trip to Auschwitz-Birkenau; and a follow-up seminar.

Our Holocaust Memorial Day resource pack can be downloaded here.

In 2018, UJS partnered with the Holocaust Educational Trust and NUS to launch ‘Our Living Memory,’ a project to extend Holocaust education and commemoration to students of all backgrounds across the country. This campaign aims to educate students about the events of the Holocaust, and encourage Students’ Unions to put on events for Holocaust Memorial Day, uniting the student world over an issue that has changed the course of history.

A social media campaign was launched in the two weeks leading up to Holocaust Memorial Day, featuring a series of survivor testimonies and videos with students from different backgrounds to highlight what remembering the Holocaust today means to them.

Why should students commemorate the Holocaust? @ShakiraSweet1, @nusuk President, speaks about her visit to Poland with @HolocaustUK and the impact of what she saw there. Please watch and RT as we approach Holocaust Memorial Day #OurLivingMemory #HMD2018 pic.twitter.com/DpK1q6wpml