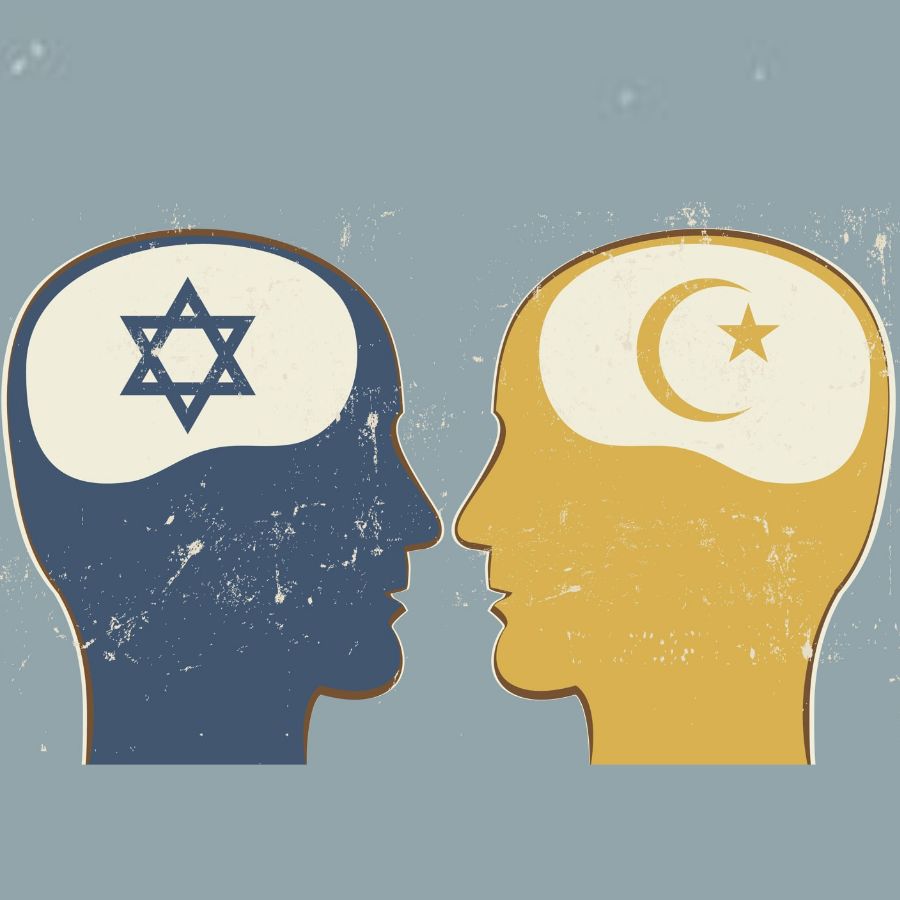 Many of you will have seen the comments recently made by the chair of the JNF, Samuel Hayek. Many notable members of the Jewish community have spoken out about Mr Hayek’s comments, demonstrating that Islamophobia has no place in our community. But does this go far enough?

Islamophobia has a dangerously strong grip in parts of our community, and I have been in far too many Jewish spaces where openly Islamophobic comments have not been called out. It is a very real and very present threat to the otherwise excellent anti-racism work that is so valued by so many Jewish people around the world.

As a community, we have a great track record of fighting for the rights of Jewish people and combatting antisemitism in all its forms. We have taken a strong stance against anti-Jewish racism time and time again and have banded together to root it out of organisations, institutions and wider society.

Members of our community have often been at the front of campaigns to fight other forms of racism too.  But as a community, we cannot afford to let any form of racism go unanswered.

So why does this tireless fight not always extend to other forms of racism, hatred, or bigotry? Antisemitism does not exist in a vacuum and our tolerance for other forms of racism will only serve to increase a hateful atmosphere in our society. It goes without saying that an active commitment to countering Islamophobia must exist independently of our community's counter-antisemitism work. We have a duty as Jewish people to ‘love our neighbour as ourselves’ and this means tackling Islamophobia with as much vigour as we do the oppression of our own people.

The fight against racism must start at home, with those closest to us. However uncomfortable it may be, we must be vocal and brave in calling out prejudice and ensuring that we never become complicit in the oppression of any other minority group.

Let me put it in very simple terms: we are not doing enough to counter the scourge of Islamophobia within our community.

For too long, people have turned a blind eye to the obvious prejudice of some of our peers. It is truly disappointing that it has taken a senior community figure’s hurtful comments for this conversation to come to the fore, but now that it has, it will not go away, and we should use this as an opportunity for education, for self-reflection, and most importantly for making real and long-lasting change within our community.

Racism of course must have no place in our Jewish student community. As UJS President, I pledge to continue to call out racism, bigotry and hatred wherever I see it, and to take an active stance against such prejudice.

In that vein, today, some of our students have released this open letter:

Please see a short statement from one of the creators of the letter, Jack Lubner, who is a member of our National Council and a Cambridge J-Soc committee member:

‘As Jews, we are sadly all too familiar with the incendiary danger of prejudice, conspiracy theories and racial hatred. When we have been attacked, we have rightfully appealed to those outside our communities to stand with us and be our allies.

We expect support from other parts of society because we hope they see the bigger picture: that racism that starts with one minority never ends with one minority. This holds true for Jews and Muslims – we have a responsibility to each other.

That’s why a group of us wrote this open letter calling for the resignation of Samuel Hayek    from his position as Chairman of the JNF UK. It has been signed by people across the political and religious spectrum, including past and present Jewish student leaders. Whether we grew up in LJY-Netzer or spent our summers with B’nei Akiva, all of us recognise our shared responsibility to take concrete action on racism wherever we find it - and that includes our own community.

Our letter calls for Jewish schools, youth movements and communal organisations to suspend ties with the JNF UK until they deal with the islamophobia at the top of their organisation. If you agree that racism against Muslims must face consequences in our community, please sign this letter. Each of us has our part to play.’

I am so proud to see our student activists standing up for what they believe in and going beyond what is expected of them to right an injustice within our community. As a proudly student-led organisation, we strongly value peer leadership and it is great to see our Jewish students leading the Jewish community on this important and impactful conversation about racism.

If you are interested in the further work that we have undertaken on antisemitism and islamophobia, check out this panel discussion from interfaith week, together with Zaynab from StandUp!, that focused on the shared challenges of Jewish and Muslim women in the modern day: