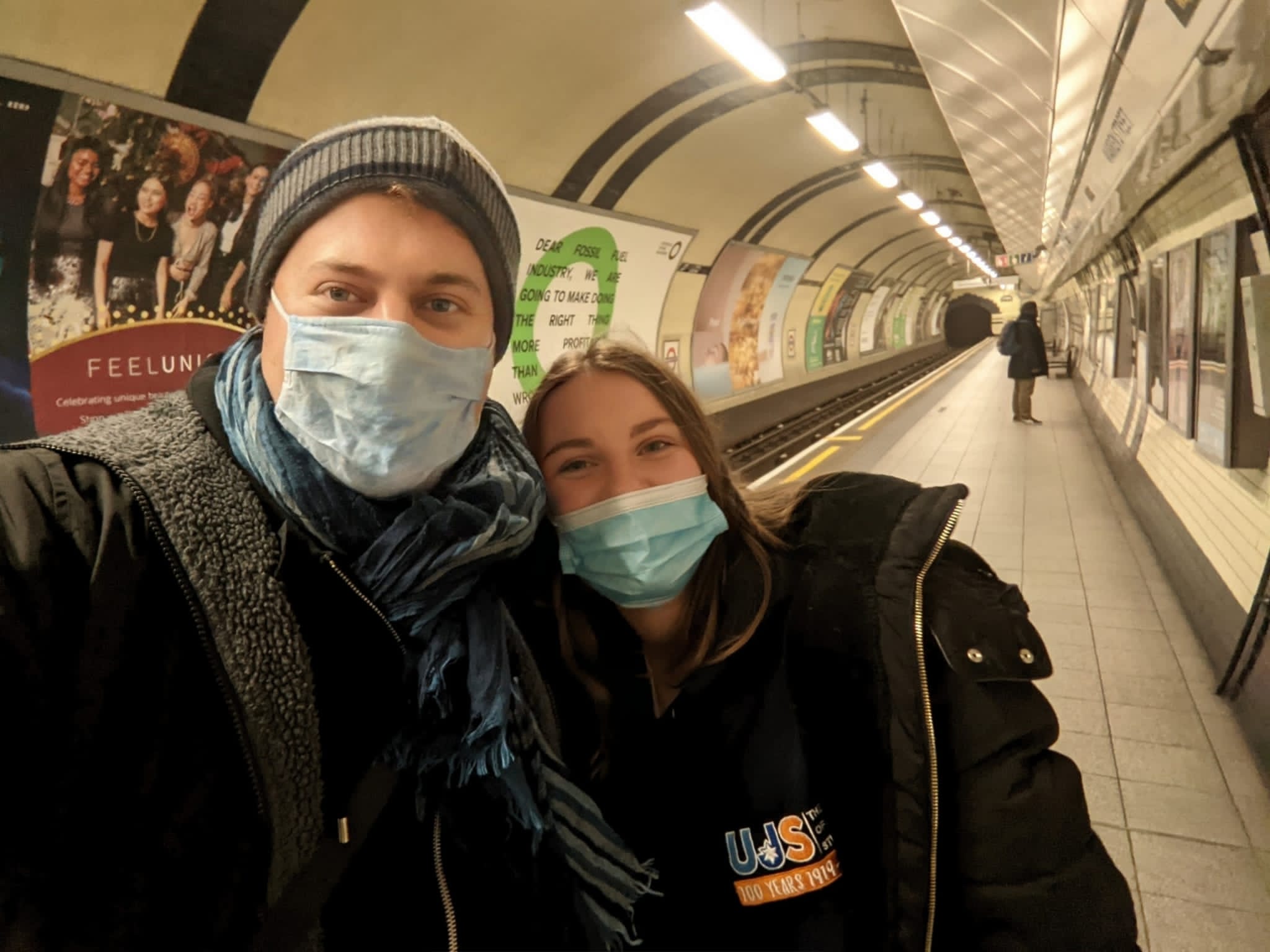 Jodie and Dovi share some thoughts and reflections about the festival of Pesach (Passover). Read on to find out about our favourite parts of the holiday, how Pesach relates to today's world, and more!

What does Pesach mean to you:

Dovi: For me it is the birthday of the Jewish people and the core of Jewish identity.
It is so amazing how even now, thousands of years after the exodus from Egpyt, we are still recounting the Pesach story. I believe that the first Israeli prime minister, David Ben-Gurion, described the intensity of the meaning of Passover by saying that very few in the US or the UK remember the date the Mayflower left the port of Plymouth in England? Names of people who were on the ship? And what did they eat? After all, this is such a formative moment in the English-speaking settlement in America. On the other hand, a Jewish child, knows about Moses, Miriam and Aaron who left Egypt on the 15th of the month of Nisan, and ate matzah. This is a fantastic phenomenon.

Jodie: Pesach for me is about asking questions. Everyone is encouraged to ask questions throughout the seder night, and there are even some weird and wonderful things we do with the sole reason that the children should ask about them! Admitting that there is so much we do not know and having the freedom to ask is very special.

Numbers is a key element of Pesach. What does the number 4 symbolise?

Jodie: The number 4 is repeated many times throughout seder night, through the four cups of wine, the four questions, the four expressions of redemption and so much more! One parallel I find fascinating is that of the four matriarchs. Sara, Rivkah, Rachel and Leah represent the idea of birth and new beginnings. Similarly, the exodus story is the rebirth of the Jewish people, from an enslaved nation to a new beginning of finding their identity. The number four reminds us of this link and is a great way to think about the exodus from Egypt!

Dovi: In one part of the hagaddah (text used on seder night), we recall that in every generation, enemies rise up against us. The numerical values of the first letters of this paragraph are 6, 5, 10 and 1. Each of these numbers represent one thing that historically saved us from our enemies, whether that is Jewish learning, following the 10 commandments or having faith in one God. I have heard this part as a little boy but this is still in my mind. I think it shows the power of “passing the story on to your children” and that through numbers, we can look at the Pesach story on an even deeper level and even remember that years later.

What is your favourite Pesach custom (minhag)?

Dovi: A minhag I like is to add a cup of water to the seder table. Water reminds us of Miriam, Aaron and Moses’ sister. Miriam is identified with water, she was the one who watched her brother while he was hidden in the waters of the Nile. She was the one who was there when the daughter Pharaoh's daughter took him out of the water and brought her a nurse, the baby's biological mother, Yocheved. Miriam was the one who led the women in the parting of the Red Sea with drums and dances and who, thanks to Miriam’s Well, the people of Israel drank water in the desert. This is a wonderful way to mention what is written in the Midrash: “Thanks to righteous women, our ancestors were redeemed from Egypt.”

Jodie: My favourite custom is one from the Sephardic Jews, to hit each other with spring onions during the ‘dayenu’ song! This is to mimic the harsh methods used by the Egyptian taskmasters during the period of slavery.

How does Pesach bring the past, present and future together?

Dovi: Pesach is a time to remember the past. We are told to imagine that we ourselves were in Egypt, we really try to relive the past. In some families, we also include personal stories at seder night. I remember sitting next to my grandma at seder, and thinking about her story as a holocaust survivor. It is inspiring to think about someone who went through their own personal Egypt, and came out with faith, hope and the ability to build a new life full of love for generations to come.

Jodie: We also have this amazing way to relate this ancient story to the present day, and even the future. By naming places that still exist today, we bring this story to life. We also end our seder by singing “next year in Jerusalem”, hoping that next year everyone will be together in peace. Having this hope, especially during covid, is very encouraging!

Does Pesach relate to current affairs?

Jodie: The Pesach story is essentially one of refugees, fleeing for their lives and being given the chance to restart and rebuild their lives from nothing. This is unfortunately similar to current refugee crises from the Ukraine and all over the world. Hopefully the exodus story should be one of hope to modern day refugees, that one can leave a country without even enough time to bake bread, but this may be the beginning of a new and brighter chapter.

Dovi: When the Jews were enslaved in Egypt, this was not just a physical slavery but a mental one too. After the exodus, the Jewish nation were freed from this slave mentality. Today, we should reflect on our own liberation. The Pesach story should be an inspiration to us today, that we should be free to choose the way we live our lives and our own mentality. For example, being free from the norms of social media and choosing the values that do good to us and those around us.

Pesach Sameach from the UJS team!