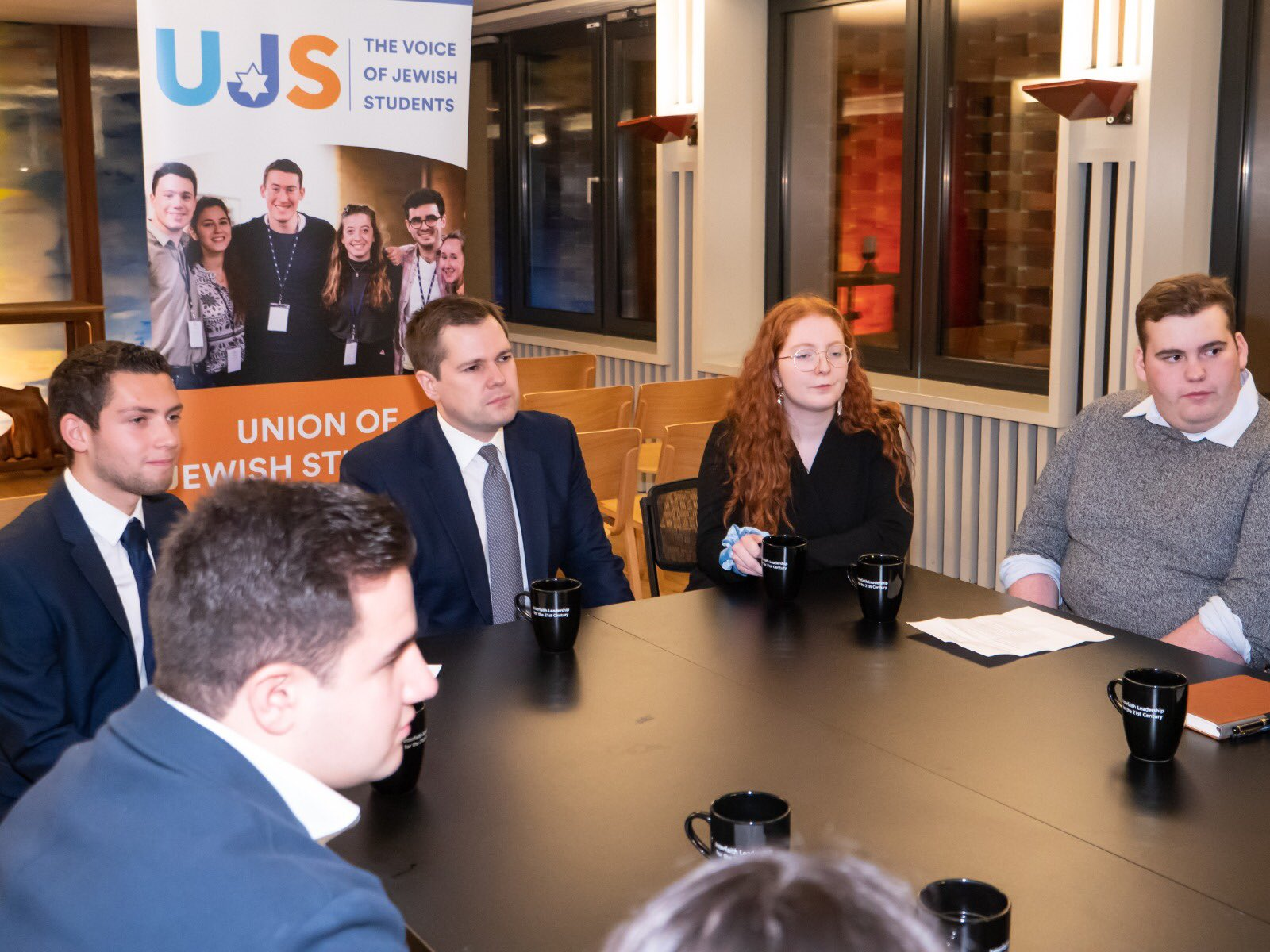 A UJS led delegation of Jewish student leaders met with Communities Secretary Robert Jenrick to discuss the Government's work on tackling antisemitism. The meeting came as the Government announced a £500,000 grant to support a joint programme run by UJS and the Holocaust Educational Trust (HET) taking student and university leaders to visit Auschwitz-Birkenau.

The delegation featured students from campuses across the country, including King's College London, Birmingham, Leicester, Imperial College London, Oxford Brookes, and the host campus, the London School of Economics and Political Science (LSE). The meeting was chaired by UJS Campaigns Organiser Daniel Kosky together with Esther Offenberg, UJS President.

We discussed how the Government can further support Jewish students on campus, including with work getting all universities to adopt the International Holocaust Remembrance Alliance (IHRA) definition of antisemitism.

Whilst we raised many issues, we also discussed the more significant number of positive work and events happening on campus, including the interfaith work being led by Jewish students and events commemorating Holocaust Memorial Day. 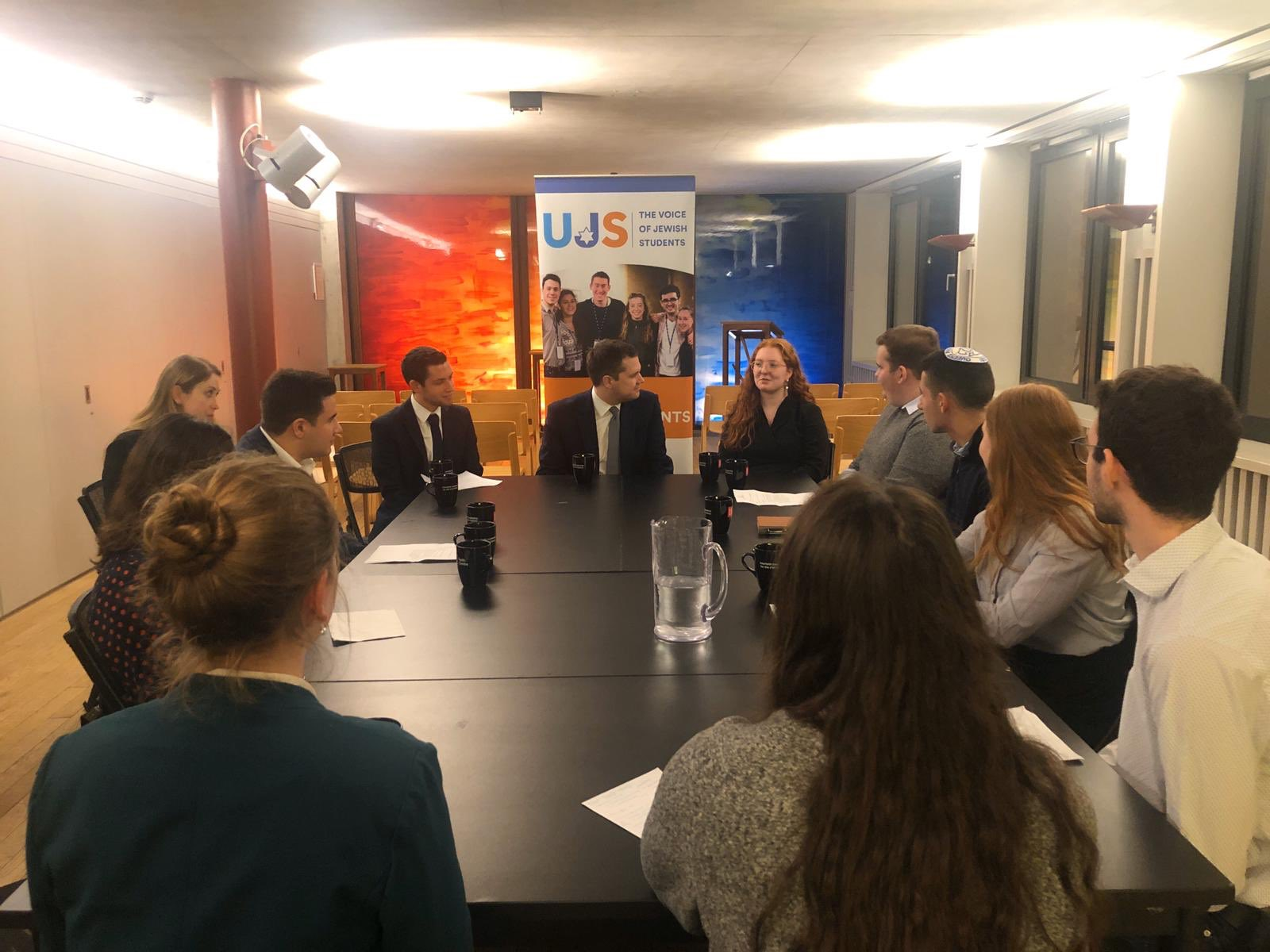 “It was a pleasure to spend time with the Union of Jewish Students group this evening and discuss how the funding I announced this week will help educate future generations in the horror of the Holocaust. I was struck by their bravery and resilience.

“We have been clear that all universities in this country should adopt the International Holocaust Remembrance Alliance definition of antisemitism. It sends a very clear symbol that they appreciate how serious the vile poison of antisemitism is, and that they want their Jewish students to feel safe on campus.

“This government will do everything we can to ensure Jewish students and the wider community are safe and respected, including funding the Community Security Trust (CST), which protects places of worship and faith schools.”

“We were pleased to lead a delegation of Jewish student leaders to meet with Communities Secretary Robert Jenrick at LSE this evening.

“We thanked the Secretary of State for his £500,000 government grant for UJS and the Holocaust Educational Trust to take student and university leaders to visit Auschwitz-Birkenau.

“We raised some of the issues Jewish students are facing on campus, including a rise in antisemitic incidents. We reiterated to the Secretary of State that the best way to combat antisemitism on campus is through education, and highlighted the brilliant interfaith work taking place on campuses throughout the country.

“We look forward to working with the Ministry of Housing, Communities and Local Government over the next few years to create safer and more cohesive campus communities.”

Below you can find the full list of Jewish student leaders who attended the meeting: