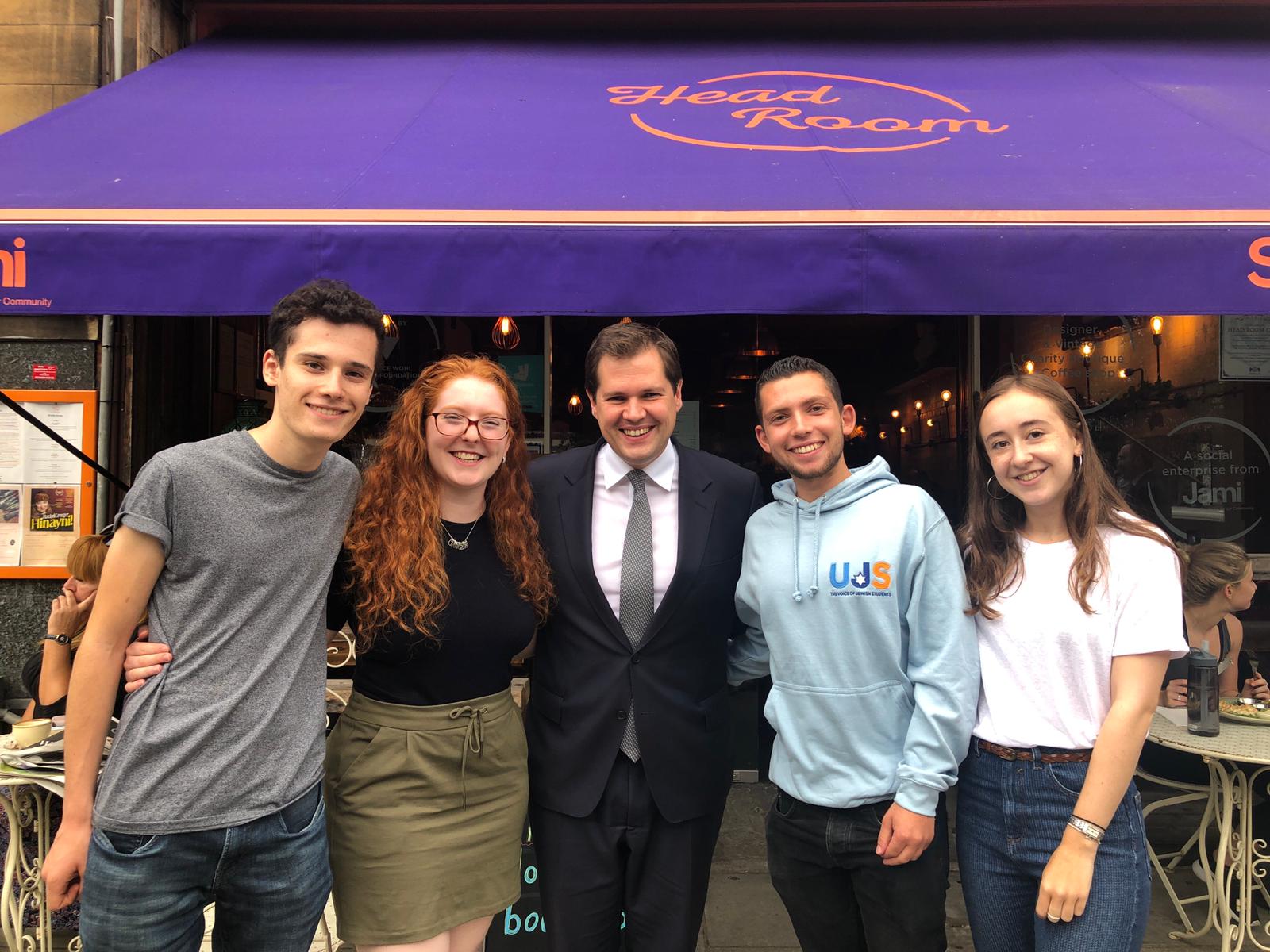 UJS President Esther Offenberg and Campaigns Organiser Daniel Kosky, along with the presidents of Bristol and Leeds J-Socs (Nina Freedman and Adam Grossman) met with the new Secretary of State for Housing Communities and Local Government Robert Jenrick. The meeting was part of Jenrick’s introduction to the Jewish community, where he met a number of communal representatives and organisations whilst touring around Golders Green.

The meeting included discussions on the issues facing Jewish students on campus, including antisemitism, Holocaust education and the diverse range of events put on by Jewish societies across the country.

We were pleased that the Secretary of State reaffirmed the government’s commitment to the IHRA definition of antisemitism and we look forward to working with him in the future to make sure campus is the best place it can be for Jewish students. 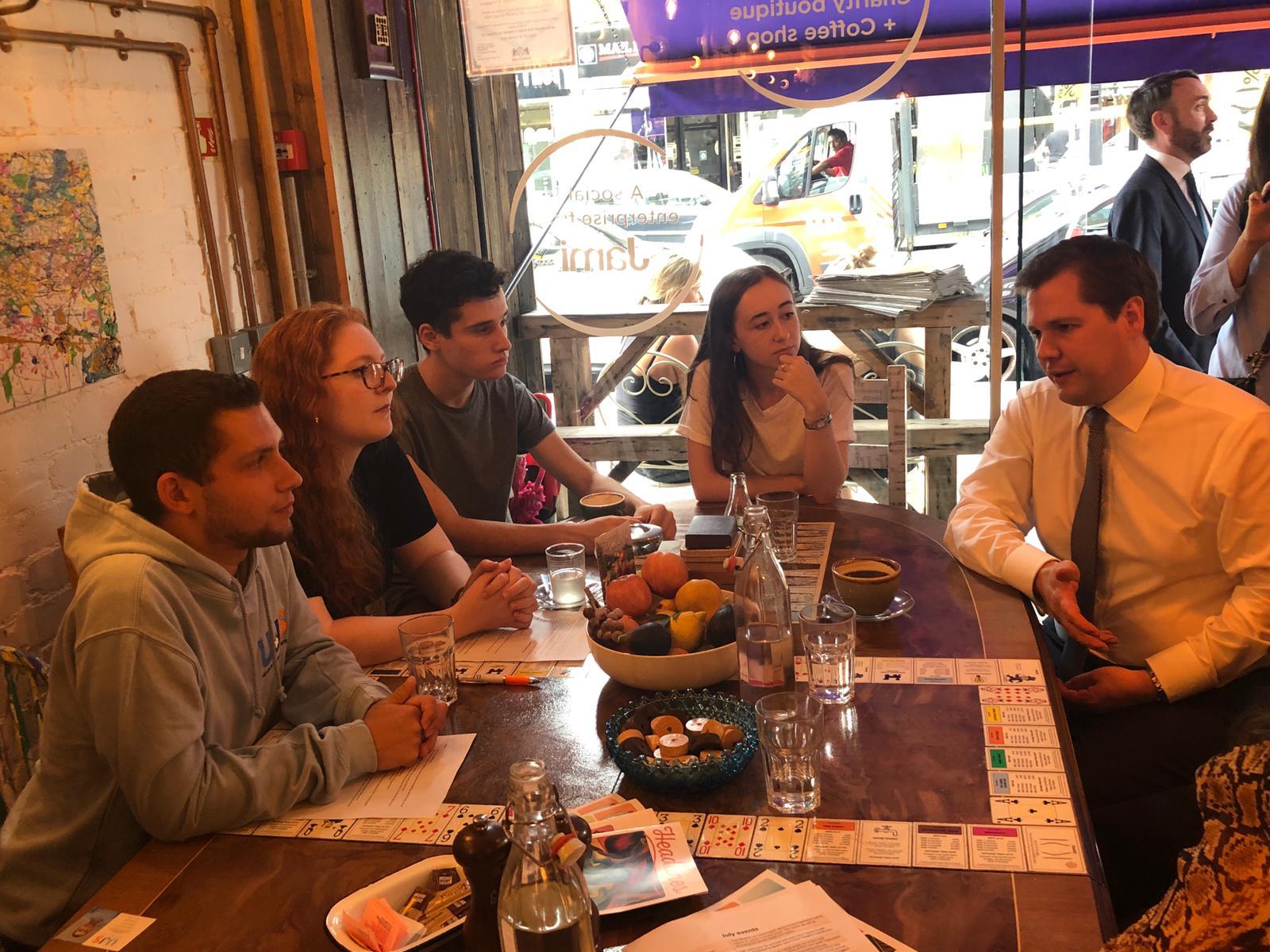 Esther Offenberg, UJS President said: “It was great to sit down with the Secretary of State so early on in his role. He made his support for Jewish students clear, and I am sure he will build on the great support the Ministry of Housing, Communities and Local Government have shown us in the past, specifically through the funding of our Lessons from Auschwitz Universities Project with the Holocaust Educational Trust”.

Nina Freedman, Bristol J-Soc President said: "This meeting was a great opportunity provided by UJS to make sure the voices of Jewish students are heard by government. I enjoyed taking part in such a positive and constructive discussion".