The 80th Anniversary of the Kindertransport


The 80th Anniversary of the Kindertransport 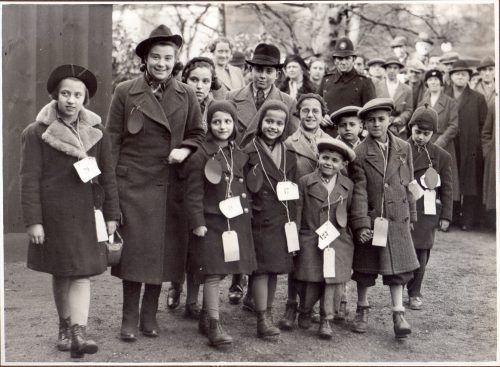 This weekend marks the 80th anniversary of the first Kindertransport. This is an important time to commemorate and thank the UK government for the important work done for refugee children in the 1930's.

The Kindertransport, which translates to Children’s transport, was an organised effort that took place during the nine months prior to the outbreak of the Second World War. The UK took in nearly 10,000 children in from Germany, Austria, Czechoslovakia, Poland and the Free City of Danzig. The World Jewish Relief, which was then called The Central British Fund for German Jewry, was established in 1933 to support the needs of Jews in Germany and Austria. Records for many of the children who arrived in the UK through the Kindertransport’s are maintained by the world Jewish relief.

The first party of nearly 200 children arrived in Harwich on 2 December 1938, three weeks after the Reichsprogromnacht, also known as Kristallnacht, which led to around 10,000 children arriving in the UK in the following 9 months. There were also Kindertransport’s to other countries such as France, Belgium, the Netherlands and Sweden. The very last transport from the continent with 74 children left on 14 May 1940 from the Netherlands.

One of the children saved through this incredible system was Lord Alfred Dubs. Alf Dubs was only six years old when he came to the UK as one of many children from Czechoslovakia in 1939. He went on to pursue a career in Parliament, as well as sponsoring the Dubs Amendment to the Immigration Act in 2016. This amendment offered unaccompanied refugee children safe passage to Britain amidst the European migrant crisis. However, the Home Office abandoned the scheme in February 2017 after accepting only 350 of the planned 3000 child refugees. With his work in supporting unaccompanied child refugees, Lord Dubs started the Safe Passage campaign, which has been established to support children during the European refugee crisis from 2016 onwards. The idea originated in 2015, when a small group of lawyers, community organisers and faith leaders travelled to Calais to find out how they can help. They realised that a lot of children have a simple reason for hoping to come to the UK, which is that they have family here. In March 2016, for the first time, Safe Passage helped minors to travel safely and legally to the UK.

We are incredibly proud and excited that Lord Alfred Dubs will be addressing Jewish Students at this year’s UJS Conference. Join us to hear from his experiences and his inspiring work. To find out more about Safe passage, click here.