Happy Birthday to me!


Happy Birthday to me!

October 2013, Birmingham. My lecturer tells me that one of my favourite male authors was in fact a woman, but she wrote under a pseudonym because she couldn't get published with a female name in the 17th century. I remember that the same thing happened to JK Rowling in the 1990s.

April 2014, Birmingham. The Shabbat table is groaning under the weight of the food. As we finish our main course, I realise that I'm tired from a long week in lectures, seminars and late-night library sessions, and I simply don't have the energy to clear the table. I see that the other female guests are tired too, as is the hostess who prepared tonight's meal. I know that the men around the table have no doubt worked equally hard and are equally weary, but when did they last clear away the dishes and serve the next course? I suggest that the male students help the females who always clear and for a moment, people look at each other like I've suggested ritual sacrifice. Then they get up and pitch in.

July 2015, Californian summer camp. I am walking my cabin to the lake, which is about a mile away. Two campers are complaining of tiredness, twisted ankles and are generally cute, and I have zero ability to say no, so I have an eight year old on each hip. (Tip: don't do this, because your campers will then demand piggybacks and to sit on your shoulders at every opportunity.) A passing male counselor comments that I'm 'pretty strong... For a girl.'

The average eight year old girl weighs 26 kilos - so with two of them, I was carrying about two thirds of my body weight for a mile in the California heat. How much do you lift in your air conditioned gym again?

June 2016, London. In the second week of my new job, I have been invited to attend a meeting with several high profile people. I look around and realise that I'm the only non-male there. This happens several times over the next few weeks and eventually I realise that 90% of the times when I was going to say something but I didn't, it's because I was worried about being dismissed as a 'silly girl.'

January 2017, a networking event in London. A male colleague doesn't even realise that the male presenter has totally ignored every female in the room, and then wonders why I am so incensed.

March 6, 2017, Birmingham (again). I attend a talk hosted by Yachad and Birmingham J-Soc in which two representatives of Women Wage Peace move me to tears with their description of how they brought thousands of Israeli and Palestinian mothers, grandmothers and daughters together in a peace march to protest the weapons being lifted by men.

March 7, 2017. Tomorrow is my 22nd birthday and like every year, my birthday has fallen on International Women's Day. For several years I have found this interesting, but this year I've decided to act on it. Usually I receive gifts from others on my birthday but today I have decided to gift myself something too: the title of feminist. For a while I have been tempted but ultimately been uncomfortable with it. I have wondered whether it's incompatible with my faith, my lifestyle, my hopes for the future. But through a culmination of the events described above, plus others that I've not written about, I have realised that yes, grand scale feminism is about fighting wrongs and inequalities on global and national scales.

We need feminism because according to some men, I shouldn't have the right to make those choices.

We need feminism because I've had lectures on how to avoid being raped, instead of would-be perpetrators being taught not to rape. We need it because female genital mutilation is still practiced in 29 countries. Because 120 countries have no laws against marital rape. Because young girls are still being forced into marriages with men much older than them, and because last year women effectively worked for free from November 10 since on average, they earn 72 cents for every dollar a man earns for doing the same job. And these are not choices.

So feminism is about me having the right to make my own choices, and it's also about speaking up for the girls and women who don't have choices. This year, I've realised that these aren't just things I care about, but they're things I want to act on. So for my birthday, I'm gifting myself with the challenge to do something about it. No longer satisfied with being a quiet, in-the-corner, not-even-a-keyboard-warrior feminist, I've decided to use my 22nd year wisely and dedicate time to researching, acting and speaking up.

It is timely that I've chosen to own my feminism now, because UJS' Liberation Conference is coming up. One of the three Liberation groups that the day focuses on is women (the other two are disabled students and LGBT+ students) and I'm very excited for the opportunity to empower and be empowered, teach and learn from my peers all in equal measure.

I hope you'll join us at Liberation Conference, whether you're a dedicated feminist, toying with the idea or totally new to the concept; whatever gender you are; and whether or not you identify as disabled and/or LGBT or not. Liberation Conference is for all Jewish students and it promises to be a wonderful day, so I hope I'll see you there - you can wish me a happy belated birthday if you do! 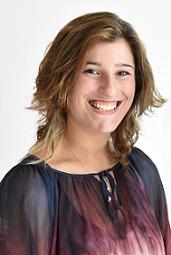