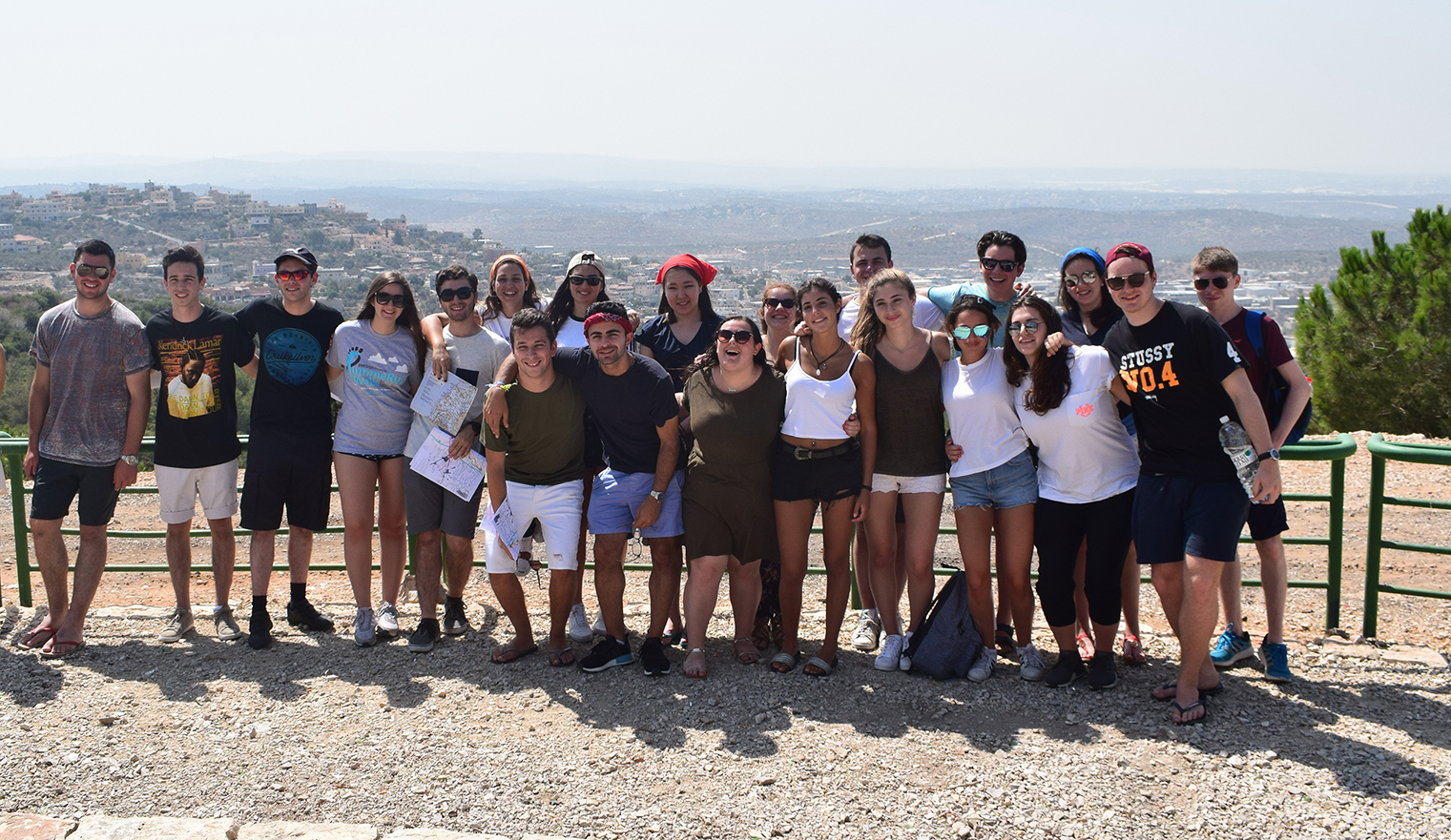 This summer I was privileged to be accepted on the Freshers Israel Experience trip, run by UJS and a few other organisations. It was designed to teach us about the Israeli-Palestinian conflict by allowing us to see and hear all the narratives from various sides, and more importantly from the decision makers themselves. It was by the far the most informative trip I have ever been on.

We started off the week by attending a pre-trip seminar in London where we learnt vital things about Israel on campus, including hearing local MPs speak about issues in the community. Hearing from organisations such as UK Lawyers for Israel (UKLFI) was useful in learning about the issues with a legal filter and what do about situations arising, such as BDS proponents.

We also heard from a variety of speakers from different organisations as well as from the Israeli Ambassador Mark Regev. He spoke to us about the media portrayal of Israel compared to the actual situation. A student-run panel followed this where we were free, and encouraged, to ask any questions we wanted to about Israel, allowing us to hear a well-structured response and interesting retorts to the common questions and themes directed against Israel. This was particularly useful for helping us learn the defences for Israel in debates or anti-Israel talks on campus.

After an extremely full day we rushed to our overnight El Al flight leaving at 22:30 and before long we were in the Holy Land, immediately making everything we had learned relevant. Within moments of leaving the plane we were taken to visit the Israeli Supreme Court where we toured building while learning about the structure and format of the Court. To finish off a packed day, we heard from an actual Supreme Court judge – one of 15 – and had exclusive time with him as a group, to ask questions.

One of my personal highlights on the trip was hearing from an organisation called Shorashim (‘Roots’) whose purpose is to run formal and informal grassroots projects within and between Israeli and Palestinian communities. It was fascinating to hear the stories of the Palestinians and Israelis who were co-running the organisation, particularly how some of them had gone against the beliefs and views they were brought up with and were now trying to create peace between their communities. The Palestinian speaker explained to us how members of his own family now refused to speak to him because of his work with the Israelis. Learning what he had given up to join and be in Shorashim was touching and gave us a sense of hope and positivity for peace in the future.

Visiting the Ziv hospital in northern Israel, close to the border with Syria, was an incredible insight into how much Israel actually does, and how much the media chooses not to report. We heard the amazing things that the Israeli doctors do and how over 50% of the beds in ICU are occupied by Syrians despite Israel not even being at peace with them.

Again, this highlighted just how poorly represented Israel is in the news and yet the amount of care and help they provide is unbelievable. The doctors get clowns and medical magicians in to make the children feel better and less worried about the whole situation - often just so that it can be seen that it is not a Jewish doctor giving an order or medicine, but a clown. This saves face for the parents who do not want to be seen to be dealing with Israelis. After all this care, the doctors write a reference for the treatment received without any mention of ‘Israel’ so they could go back to Syria and no one would know.

One day, we heard from the Mayor of a settlement and then heard from a Palestinian, to see and hear two different perspectives. Again, this was so helpful in painting the bigger picture for us.

Finishing the trip, we heard from Natan Sharansky of the Jewish Agency, who spoke to our group for an evening and again we had the opportunity to question him. We talked about J-Socs and Israel on campus; he provided an interesting perspective which will be helpful for us all in the future.

Overall the trip was excellent. We could see and learn about Israel and the West Bank, not just through learning and reading but from hearing the actual people speak and hear personal undiluted views.

It has strengthened my understanding and debating skills about Israel as well as actually visiting places and people in the news.

A huge ‘toda’ to the fantastic leaders who led the trip, and of course thank you and again thank you to all the people that sponsored and organised the trip. Without you, the 25 young Jewish dynamic students, tomorrow's potential advocates, would be none the wiser and unable to share and spread all we have learned.

An interfaith encounter that changed my perspective