Summer U 2017 - an unforgettable experience!


Summer U 2017 - an unforgettable experience! 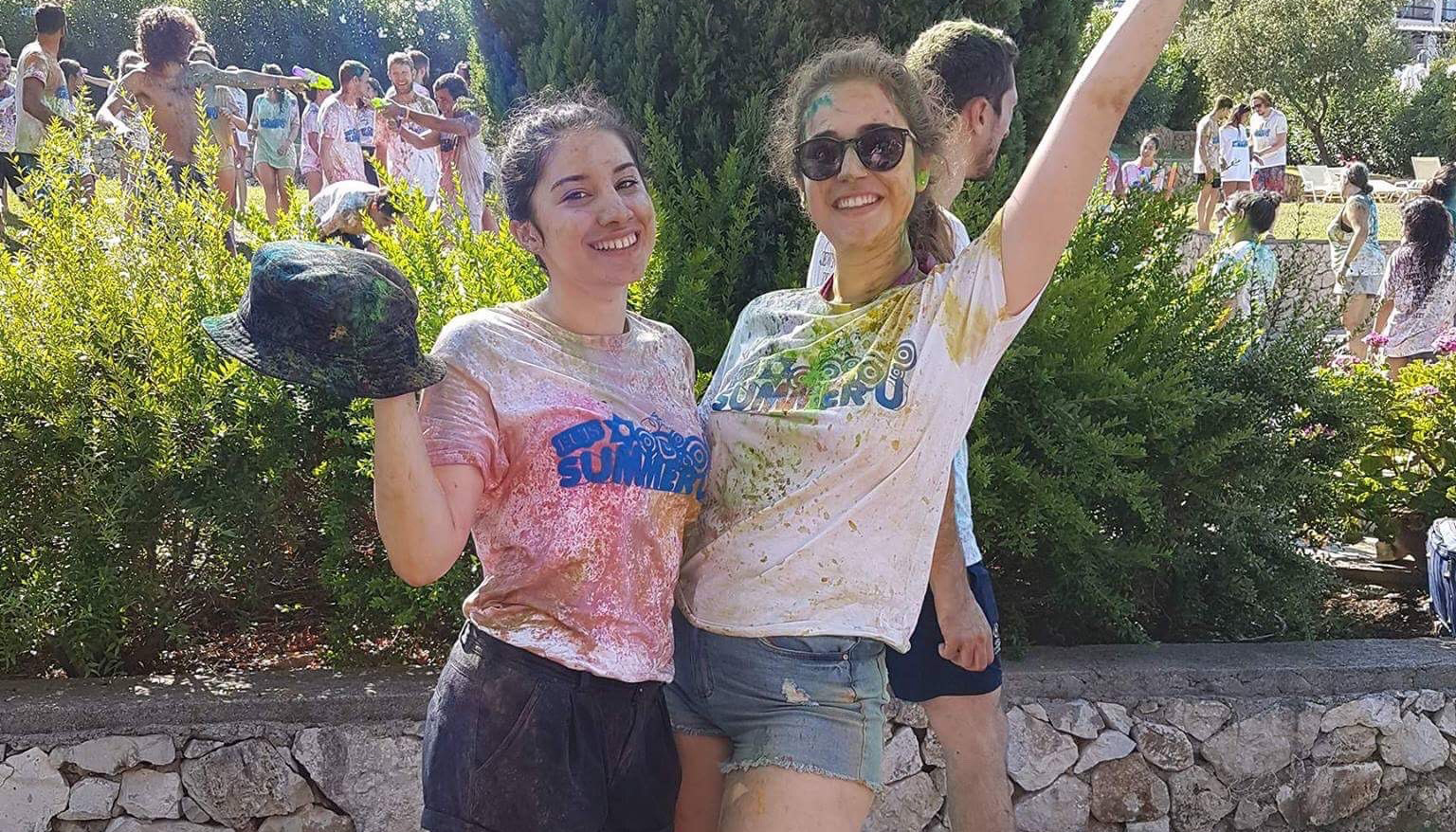 Last week, I had the pleasure of being one of 350 attendees at Summer U 2017 on the beautiful island of Lefkada, Greece. This trip was truly an incomparable experience.

Summer U is a week-long trip organised by the European Union of Jewish Students (EUJS) every year, bringing together Jewish people between the ages of 18 to 30, from all over Europe. To clarify, EUJS is the umbrella organisation for Jewish student unions of Europe, with their office in Brussels.

Summer U is a trip that combines a relaxing holiday, connecting people on an international level, learning opportunities, parties and the opportunity to attend EUJS' annual General Assembly.

Every day offered different sessions and activities at all times, making sure there is something for everyone. I am going to share the experience a few of them, since this trip cannot be summarised in a few hundred words.

When I arrived at the beautiful hotel, I went straight to the first party, which was Greek night themed. Everyone brought costumes and looked truly divine.

On the first full day at Summer U, I went to a few sessions about different topics, but the most inspiring one was by Daniel Pincus, who told the story how he saved the life of a man he had never met before. If I were to write down all the details of the story, this would be a whole dissertation, but this incredible man basically explained how he managed to save a man from Yemen who was persecuted because he had done interfaith work, which was illegal in his country. It was such a privilege to hear from this role model who saved someone because he felt like it was right.

The next day I attended a session called Sharktank, where Daniel Pincus gave the opportunity to young Jewish activists to pitch their ideas to him to win funding for their idea. There were two winners, splitting the prize money: Olaf, who is going to use his share to organise an interfaith exhibition at the University of Aberdeen; and Anna, who will use her share to provide legal advice for members of the Ukrainian community.

Another one of the most interesting sessions was the Presidential Debate two days before the election. I had not only the pleasure of attending Summer U, but also of being one of the UK delegates voting for the next EUJS president. On Thursday morning came the time to vote as part of the General Assembly, where Alina Bricman was elected EUJS President 2017-2019! Additionally, we voted for the new Board of EUJS, which is combined of Jewish leaders from different countries, including our UJS President Josh Holt, who was successfully elected. The evening of this day was then concluding by a beautiful Gala dinner overlooking the sea, which made this special day even more memorable.

During the day on Friday, there was the option of taking part in a Salsa class as well as attending other sessions. Everyone then got ready and dressed in all white for a beautiful Shabbat service and dinner. During the service we were overlooking the sea and the sunset, and the delicious dinner was full of singing and dancing. I must say that this was for sure one of the most beautiful Friday nights of my life. Before the last party we concluded Shabbat with Havdallah led by former UJS President and current World Union of Jewish Students President Yos Tarshish, and it couldn’t have been more special.

This trip was really unique. During outgoing EUJS President Benny Fischer's last speech, he said that someone had asked him if Summer U was more like a Machane, a Limmud or a festival, and the answer is that you cannot compare it to any of the above. Apart from the partying, it showed that young European Jews share a deep connection through our traditions and beliefs. I personally would highly recommend this trip, especially as I believe the UK can sometimes feel less connected to mainland Europe than it could be. Thank you to everyone who made this wonderful trip so memorable!

New challenges, new opportunities: the year ahead for UJS Campaigns