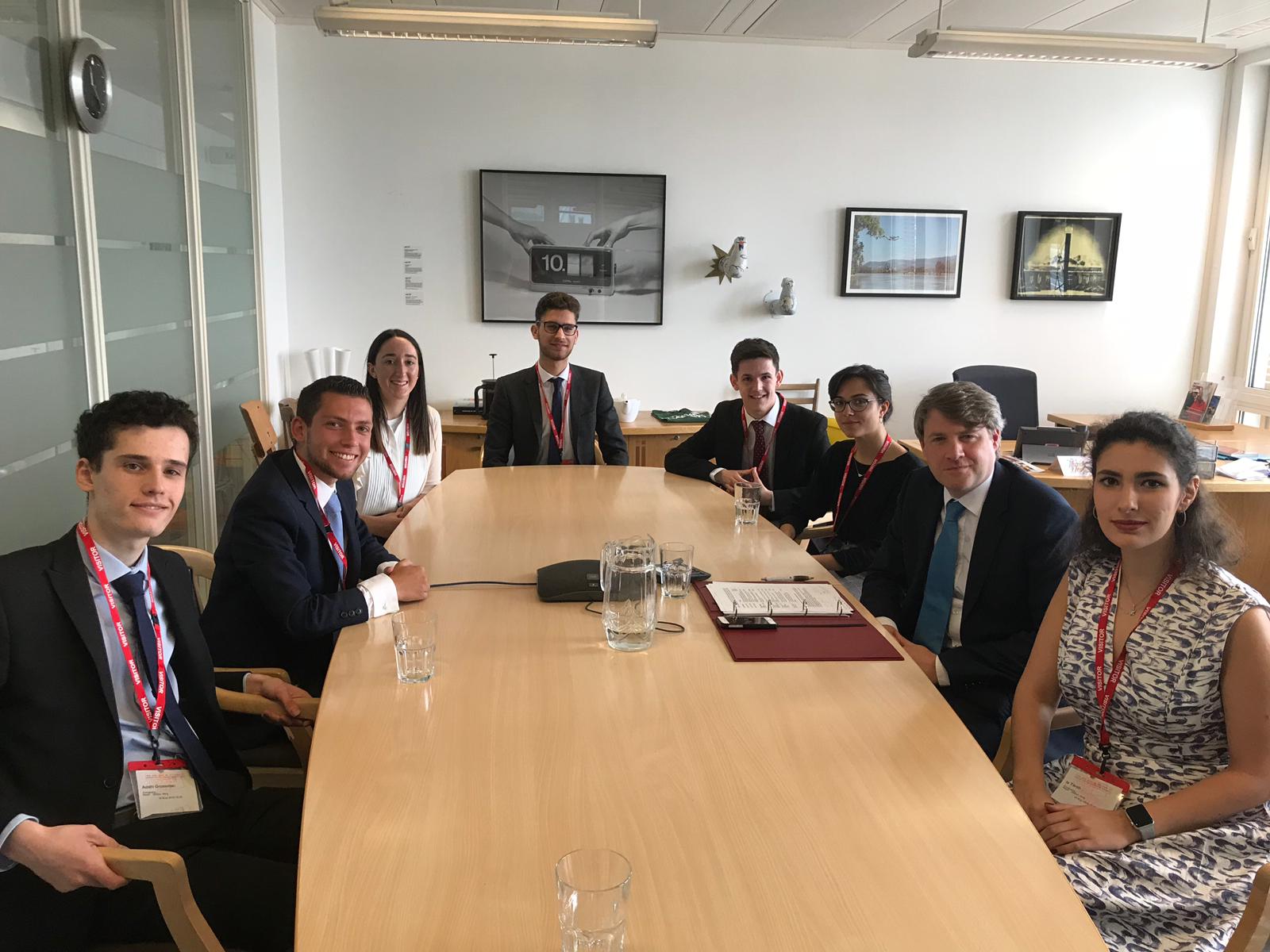 The Universities Minister Chris Skidmore said today in a letter to Vice-Chancellors that universities must do more to stamp out antisemitism on campus.

Following our meeting with the Minister in April, Chris Skidmore MP has called on all universities to adopt the International Holocaust Remembrance Alliance (IHRA) definition of antisemitism. The Minister has also made it clear that it is unfair to ask Jewish societies to pay for security at high-profile events.

“We welcome Universities Minister Chris Skidmore’s call for universities to redouble their efforts to tackle antisemitism, including the adoption of the IHRA definition of antisemitism.

Following our productive meeting with the Minister in April, we are grateful that he has acted on a number of our recommendations, including supporting the removal of prohibitive security costs for Jewish societies, and strengthening freedom of expression guidelines.

Jewish students have long called for institutions to adopt the IHRA definition, and we now expect universities to follow the Government’s call. The National Union of Students have recommended they do so, and Universities UK has also asked universities to individually consider adoption.

We thank the Jewish Leadership Council for their support in achieving this important step. We look forward to continuing our work with the Universities Minister to improve the lives of Jewish students on campus.”

Skidmore announced this news to a UJS convened roundtable of current and former of J-Soc presidents in Westminster yesterday, where attendees had the chance to share good practice on campus and raise any issues of concern.