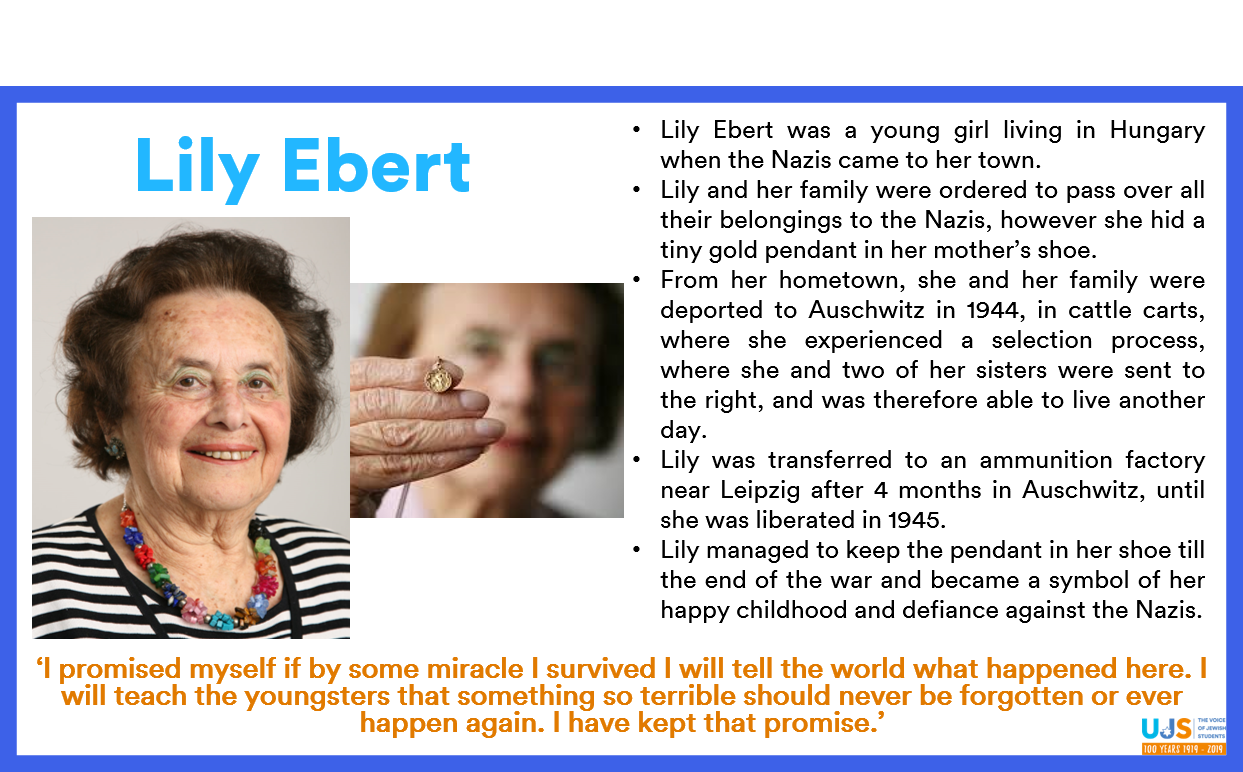 Lily Ebert grew up in the town of Bonyhad, Hungary in the 1930s. As a young girl, Lily was given a small pendant by her mother, made of gold. She grew up in a happy household with a loving family, with many sisters and brothers. This was until the Nazis came to Hungary when Lily was a teenager. They confiscated their property and valuables and made them live in terrible conditions. When Lily and her family were ordered to hand in all their gold, Lily’s brother knew the importance of this tiny gold pendant to his sister and hid it in their mother’s shoe.

In July 1944, Lily, her mother, 3 of her sisters and a brother were deported from her town, and taken by train, crammed into dark and almost airless cattle trucks. They were taken to Auschwitz, along with the pendant in her mother’s shoe. When they arrived at Auschwitz, Lily and her mother wore the same size shoe, and as they arrived at the camp her mother asked Lily to swap shoes with her, so they did.

When they arrived at the camp, and after the long and terrible journey ‘everyone appeared half-dead’. They climbed out of the train and stood in rows of 5.  There was a man with a stick in his hand. It was Dr Mengele, the notorious Nazi doctor who became known as the Angel of Death for his brutal experiments on inmates, though at the time Lily didn't know who he was. With one movement of his hand, Dr Mengele sealed the fate of the people before him. He sent people right or left — to life or to death. The people who were sent to the left were taken immediately to the gas chambers and the crematorium. Lily and her two sisters Renee and Piri went right. Her mother Nina, brother Bela and sister Berta went left. She never saw them again.

Lily and her 2 sisters were ordered to take a shower, then their hair was cut, and they were stripped off all their possessions, including their clothes. Yet, they were left with their shoes, where the tiny pendant that her mother had given her was hidden, in the heel of the shoe. The pendant became her only possession and her own reminder of her happy childhood. It was a link to her murdered mother and a symbol of defiance that the Nazis would not be able to steal it. Lily and her sisters saw a fire in the chimneys and smelt a terrible smell. They thought it was a factory and asked people about it. They were told it was not a factory and that it was Lily’s family who were being burned there with all the others who had been sent down the path to the left.

After 4 months in Auschwitz, the sisters were transferred to an ammunition factory near Leipzig, and the pendant went with them. Allied forces liberated Leipzig in 1945 and the sisters sought refuge in Switzerland. She continues to wear the pendant every day, in memory of her family.

For more information about Lily’s Story: 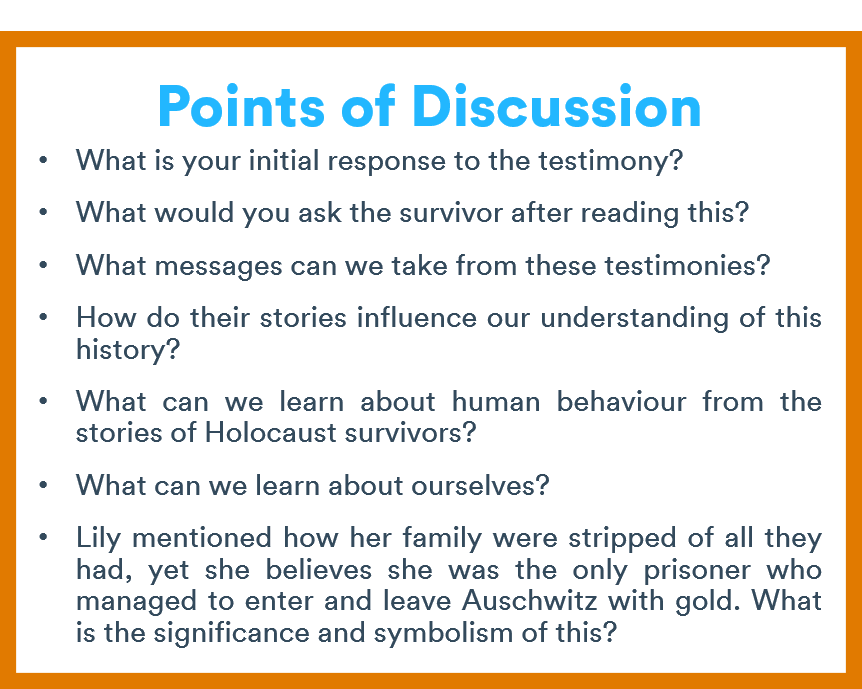