Counting the Omer from Freedom to Obligation: Egypt to Sinai 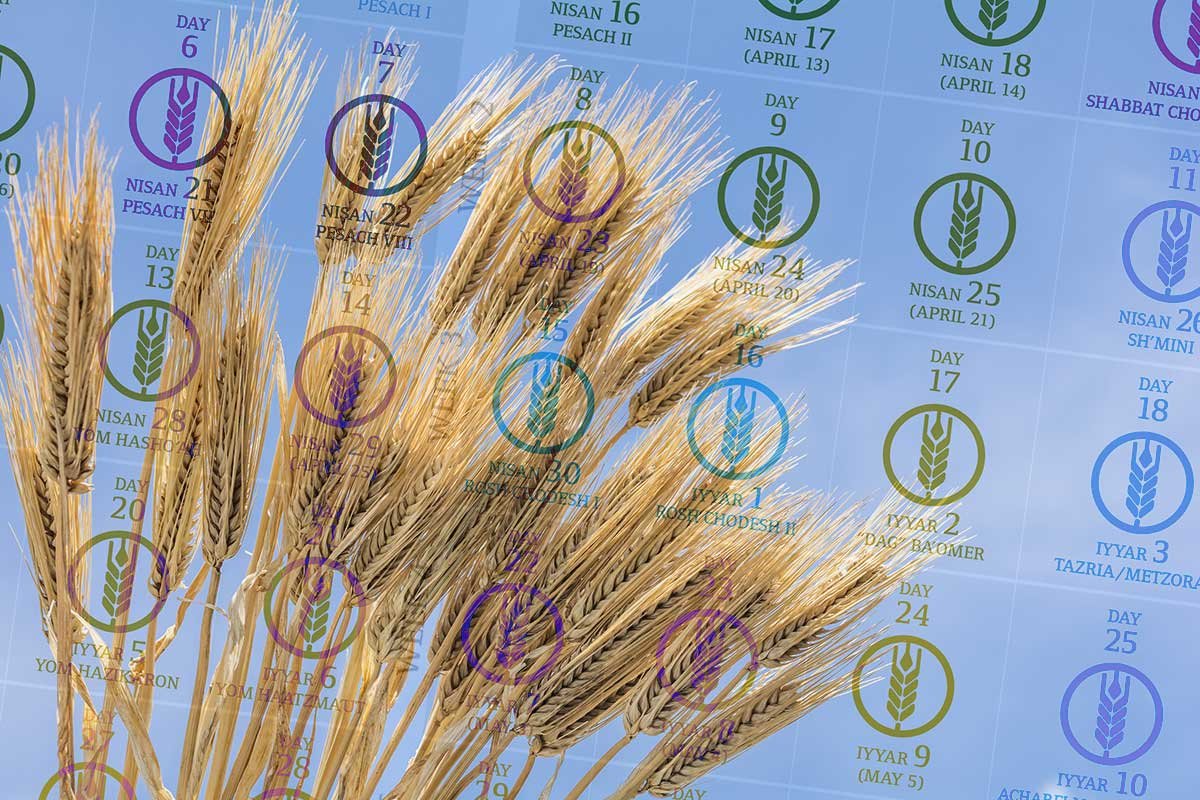 The counting of the Omer, sefirat haOmer, the traditional counting of weeks between Pesach and Shavuot. What a mysterious time, really. It is a classic marker of a transitional moment in Jewish historical time. Before the Omer – before Pesach – we read that avadim hayyinu, we were slaves in Egypt, and after the Omer, on Shavuot, we will have received the Torah at Mount Sinai and affirmed as a Jewish people our covenant with God. During the counting of the Omer itself, we are neither – neither slaves nor covenant-bearers. As the Midrash would have it, we are free but without guidance, without an ethical road map or way of life.

During the Omer, now, we are in what people call a liminal space – that place between being and becoming, leaving and arriving. That’s why we count the barley stalk every day. As the poet Yehuda Amichai would have it, we are a bit like his beloved city Jerusalem, “always arriving, always sailing away” – never quite arriving. It is a truly transitional Jewish time. The Omer is odd that way. Normally, in other Jewish moments, there isn’t as much time to reflect on this changing of states: on Shabbat, somewhere between lighting the candles and saying the blessing over them, Shabbat comes into existence; in bris, somewhere during that 30-minute ceremony, the baby boy enters the Jewish covenant; in conversion, somewhere around appearance before the Bet Din and immersion in the mikveh, the transformation occurs; somewhere around lighting the braided candle during the ritual of Havdalah, Shabbat, as it were, “goes out” or departs.  But in the Omer we’re somehow in that liminal moment, that state between Shabbat and not Shabbat, you could say, for weeks.

What does that actual moment of change between one state and the next mean? What does it feel like? Do you know it when it’s occurred? Can you taste it? Touch it?

And similarly, what does it mean to be erev rav, the “mixed multitude” who accompanied the Israelites in their exodus from Egypt. Life is full of these mixed moments, these times between one thing and the next. One way the counting of the omer has been interpreted is as a leadup to a wedding ceremony – over Pesach, the Jewish people met the God of Israel (who we are told they had forgotten in Egypt), during the Omer they court, and at Shavuot, in fire and thunder and jubilation, they are married. A process of approaching Sinai to receive the Torah and a process of learning from it on Tikkun Leil Shavuot after.

And perhaps the most meaningful way for us to understand this period is as a time when we transition from freedom to obligation, from leaving Egypt to being in a commitment to a higher purpose. This paradox of obligation -- one that we as the Jewish people entered at Sinai -- is laid out in a famous bit of Talmud below, in Shabbat 88a, where the Jewish people are threatened by God into accepting the Torah, as God holds the mountain, Sinai itself, over us as a threat. This moment in the Gemara is perhaps the Jewish tradition’s way of saying to us -- you are beholden to a higher purpose, for justice, Torah, truth, and that obligation in some ways is as forceful as Mount Sinai being held over your head. This is a challenging and difficult image, and one we’re meant to wrestle with on Shavuot, as the counting of the Omer ends.

Rav Abdimi ben Hama ben Hasa said: “This teaches that the Holy One, blessed be He, overturned the mountain upon them like an [inverted] cask, and said to them, 'If you accept the Torah, good; if not, this shall be your burying place.'”

Rav Aha ben Jacob observed: “This furnishes a strong protest against the Torah [to not follow it, as it was accepted under duress]!”

Said Raba, “Yet even so, they re-accepted it in the days of Ahasuerus, for it is written, ‘[the Jews] confirmed, and took upon them [etc.]’ (Esther 9:27) [i.e.,] they confirmed what they had accepted long before.”

What's in a Name?

Is it time for a textual revolution?