Is it time for a textual revolution?


Is it time for a textual revolution? 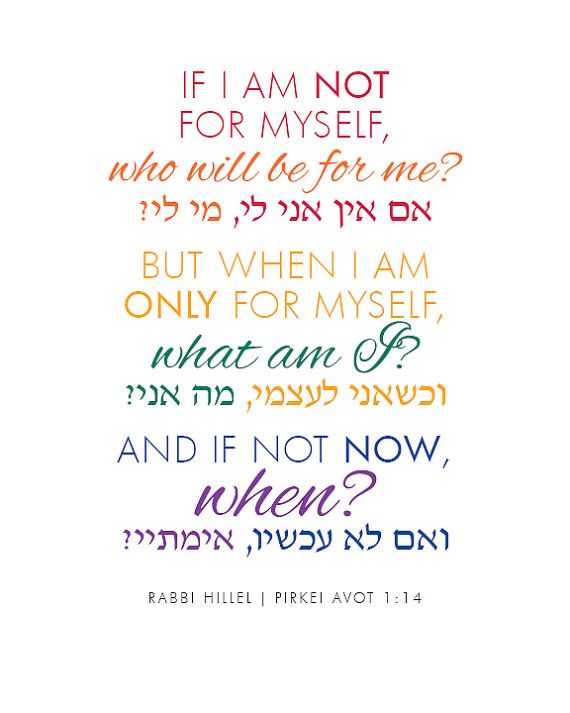 Shavuot is the Jewish holiday celebrating how the Children of Israel received the Torah at Mount Sinai. Traditionally this is understood as the beginning of the Jewish people becoming the people of the book as we were gifted the five books of Moses (what Christianity refers to as the Old Testament). The Torah also forms the first part of the Tanakh (T-N-K) a compilation of the Torah, the words of the Prophets (Nevi’im) and sacred writings (Ketuvim). Later – or at the same time depending on your religious authority or worldview – these texts were accompanied by the Oral Torah that would later be codified as the Mishna by Judah Ha-Nasi in response to the destruction of the second Temple and the dispossession and dispersal of the Jewish people. The Mishna itself was then expanded with further commentary and became the Talmud, available in two versions – not paperback and hardback – instead as the Talmud Bavli and Talmud Yerushalmi, reflecting the two cultural centres of Jewish life at the time.

You might have noticed that my introduction to the festival of Shavuot made no mention of God. As an atheist cultural Jew, I’m often asked why I love Torah and how do I relate to this festival, these texts, or more broadly to Jewish religion and culture.

I’ll try to offer some reflections on how I answer these questions and hopefully spark more questions and more discussion on the ways all of us Jews – who today are arguably all Jews by choice – might feel comfortable with and connected to Torah.

For me, Judaism is a near six-millennial struggle to grapple with life’s biggest questions. Judaism is not only about specific practice or perspectives on global issues such as refuges, war, or wasteful destruction of our planet’s ability to sustain life. Judaism can imbue those it touches with a profound spiritual and material purpose – not with forced dogma or narrow expectations – but with a vast, varied and vibrant framework to support a life of meaning and connection with others.

If, like me, you do not accept the same authority or the same answers as many of those who have done the grappling with these big questions in the past, it does not mean that, like me, you can’t find wisdom and worth in their words as we try to find answers for the future.

As the introduction to this article highlighted, there have always been many ways to understand Torah and Judaism and there has always been change in Jewish religion and culture. Some of these changes have even impacted the way we receive the words we hear or read to explain or express Jewish life. Torah commentary and interpretation are not bound by necessarily being a religious activity requiring a belief in God.

As Dr. Ruth Calderon declared in her maiden Knesset speech in 2013:

“The Torah is not the property of one movement or another … The time has come to reappropriate what is ours, to delight in the cultural riches that wait for us, for our eyes, our imaginations, our creativity.”

Martin Jaffee (Prof. Emeritus of International Studies at the University of Washington) suggests:

“With her proven ability to engage people both in Israel and in the Diaspora, Dr. Ruth Calderon may just be laying the groundwork for a textual revolution–one with the potential to transform not just the Israeli political status quo, but also the way that Jews around the world relate to sacred texts, and to each other.”

Two organisations in Israel, ALMA (founded by Ruth Calderon) and Bina (the Secular Yeshivah), are examples of how Torah, Jewish texts, commentary and interpretation can be accessible for those of us without or beyond a denominational affiliation.

Another inspiring example of broadening the appeal and accessibility of Torah is a collection of weekly commentaries through a “queer” lens. Judith Plaskow powerfully articulates the purpose of Torah Queeries:

“Turn it and turn it again, for everything is in it” This Mishnaic statement about the Torah (Pirkei Avot 5:25) captures a fundamental Jewish attitude toward the Torah.

Torah Queeries builds on this by enlarging the circle of former outsiders who now claim the authority to participate in the process of expounding the Torah and by demonstrating the fruitfulness of reading the Torah through queer lenses for all those interested in challenging traditional readings of the Torah.

Some pieces use queer as synonymous with gay and lesbian rights; others use it as an umbrella term for lesbian, gay, bisexual and transgender Jews. Still others use the concept in the broad sense of challenging the stability of all sexual identities and, beyond that, insisting on the fluidity of all seemingly fixed boundaries.”

It might seem odd to follow an expression of the need for fluidity with a demand for something fixed. However, one element that underpins this approach to Torah and Judaism is an appreciation for the power of AND thinking. Judaism can be a religion AND a culture; Torah can refer to the specific text of a particular time AND resonate as a process of commentating on and interpreting Jewish texts throughout history and from around the world; and expressions of Jewishness can be passionately particular AND uninhibitedly universal.

The power of AND thinking was at the heart of Rabbi Hillel’s words:

If I am not for myself, who will be for me?

If I am only for myself, what am I?

Before finishing that famous quote, consider the Hebrew root of the words we use when acknowledging the giving of the Torah “venatan lanu et-torato … noten hatorah (and gave to us his Torah…gave the Torah)”. The root in these words is nun-taf-nun (N-T-N). It was once suggested to me that the palindromic (reading the same in both directions) nature of this Hebrew root (NTN) could express something deep about the dual and dialogical nature of the process of giving and receiving. Applied here it would suggest that each of us can be in dialogue with Torah, and each of us can be in discussion about the words, wisdom and worrying parts of the book we are the people of. We can be in discussion with one another, between our denominations, and beyond our borders.

If not now, when?

For more on taking ownership of our tradition and texts, see Ruth Calderon’s full speech with English subtitles here.

For more on looking at Jewishness from the other side, see my JDov talk here.

For more on AND thinking in the form of understanding and managing Polarities, see Rabbi Shoshana Boyd Gelfand’s TEDxJerusalem talk here.

For some resources offering diverse and dynamic Torah, see Limmud on one leg and the Limmud chavruta project.

What is your relationship with Torah?

Do you have a part of Torah or Jewish teaching that you find meaning or that motivates you to act in a particular way?

Do you find some parts of Torah or Jewish teaching unsettling or upsetting?

If Shavuot is traditionally understood as the time Jews received the Ten Commandments, how is it possible we can all be Jews “by choice”?

What would your ten commandments be if you were to create them today?

Do you accept the authority of a particular religious figure or religious movement?

In what ways do we all break from the rules and regulations expected of us by some understanding of Torah?

If Torah is one of “the cultural riches that wait for us, for our eyes, our imaginations, our creativity”, what makes Torah and Jewish teaching different from critiquing or commenting on literature?

What do you understand by the term “AND thinking”?

As you’ve been discussing Torah in this way, turning it and turning it again, what have you found is in it? What ideas or questions are you taking away from this discussion?