March of the Living 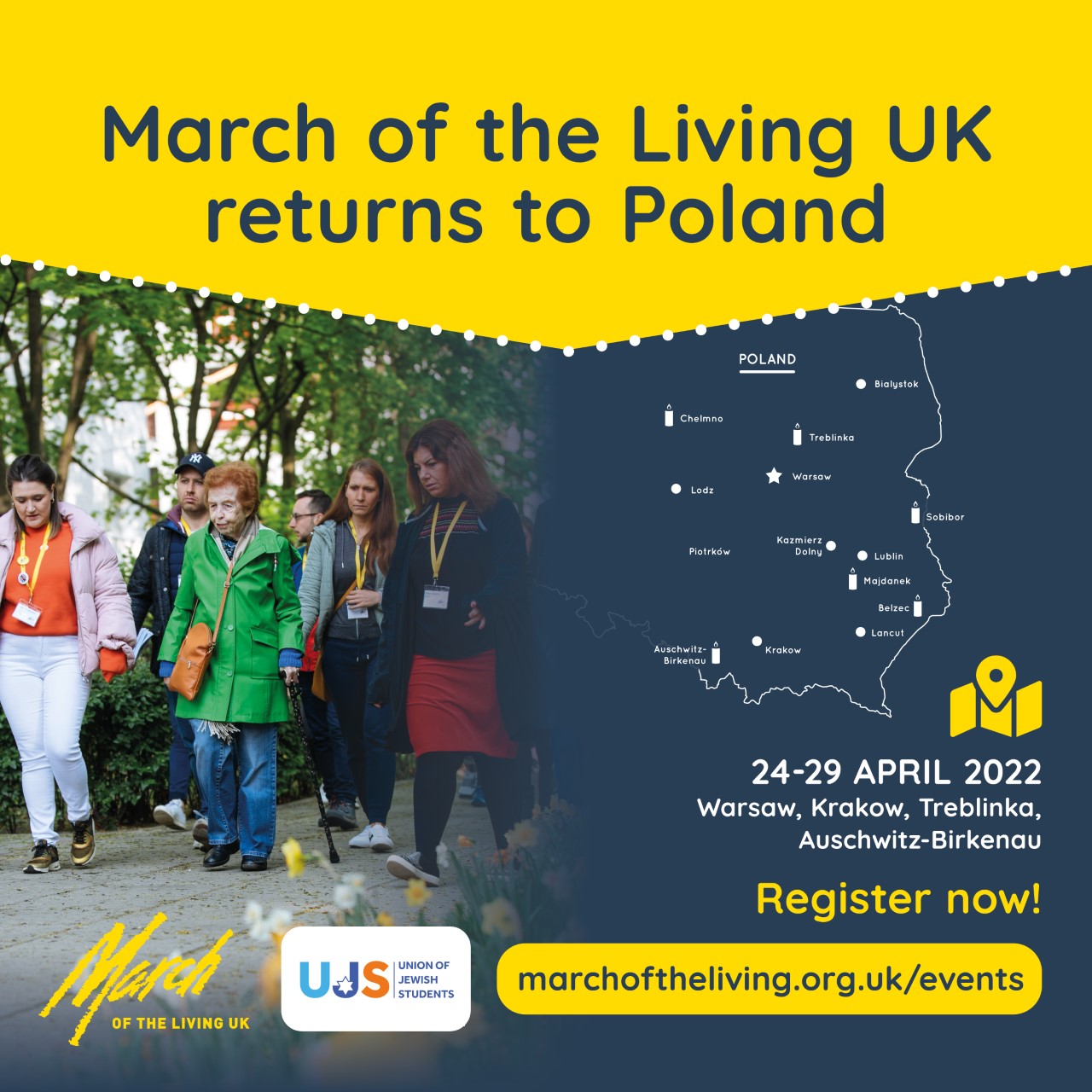 Why choose March of the Living?

Thousands of Jewish people, from countries all around the world, will share a once in a lifetime experience when they march the 3km from Auschwitz to Birkenau, the largest concentration camp complex built by the Nazis during WWII. Join us in remembering all those that perished and share this unique experience with survivors of the Holocaust.

On 24th- 29nd April 2022 thousands of people from around the world will march three kilometres from Auschwitz to Birkenau, the largest concentration camp built by the Nazis during World War II.

Prior to the March, you will travel as part of a group, visiting the concentration camps of Auschwitz-Birkenau and Majdanek, visiting Krakow, as well as historic Jewish sites in Poland. You will retrace the steps of the Death March, the actual route that countless members of our people were forced to take on their way to the gas chambers.

This time, however, it will be a March of the Living, with thousands of Jewish people, like yourself, marching shoulder to shoulder. You will participate in a memorial service at one of the gas chambers/crematoria, in Birkenau, which will conclude with the singing of Hatikvah, reaffirming 'Am Yisrael Chai'- 'The Jewish People Live.'

All Jewish students are welcome on our student bus! Apply here and make sure you select 'UJS Student' on 'How did you hear about March of the Living?' to be part of the UJS delegation.