Last month I had the privilege of touring Israel with UJS, alongside four universities from the North. It required preparation: we were told to expect early mornings, fluctuating weather, and even the occasional brewery. What none of us could have prepared for, however, were the transformative accounts of those who lived the conflict between Israel and Palestine - and the common hope they shared for the future.

Coming from a non-Jewish background, I had my assumptions about Israel and the Middle East. A quick Google search produces images of smoke, conflict and disputed territories. To realise how far this is from the story ‘on the ground’ required me seeing it with my own eyes. Landing in Ben Gurion airport, I was in awe of its architectural grandeur - which then dwarfed in comparison to seeing Jerusalem for the first time.

A quick morning start and we were touring the old city. Climbing up the Temple Mount, two sights struck me: Jewish pilgrims accompanied by heavily armed Jordanian guards, and the glimmering mosque at the top of it. Despite these clear tensions between religions, you couldn’t shake off this sense of fundamental peace. This was embodied by the Imam who greeted us, lamenting the ‘politics’ and stressing the importance of peaceful cohabitation.

I live in a diverse, multicultural part of South London, but I never could have imagined coexistence working on this level. This is what Jerusalem represents: three of the largest Abrahamic faiths, living on top of one another. The dispute over who ‘runs’ parts of this city felt normalised. However, the situation on Israel’s borders and beyond - wherever they may be situated - is anything but.

The next day, we visited a kibbutz near the Israel-Gaza border. A woman named Chen introduced us to the commune’s socialist, formerly tranquil way of life - entirely by rockets from across the border. Stood next to newly built bomb shelters, Chen showed us shrapnel from molotov balloons that had toys attached, designed by Hamas to lure children. Many children of the kibbutz, Chen told us, had developed PTSD due to the ongoing danger.

With each new person we met, this longing for peace was universal. Driving through the West Bank via Bethlehem and Ramallah, our tour guide for the day, Ahmad, told our coach about his statelessness as a resident of East Jerusalem (contested territory). He had studied Accounting and Finance at the University of Kent, but due to only having travel documents - not a passport - he was forced to return home or eventually lose his residency rights.

Ahmad was in favour of a ‘one-state solution’: he wanted a passport and equal rights. For me, this added a whole new layer of depth to the debate. Israel is proud of its human rights record - and rightly so, with Tel Aviv being the LGBT capital of the Middle East. Once we visited the Golan Heights, surrounded by minefields with both Syria and Hezbollah in the distance, I could see how hard these rights are fought for.

This made our first event in Tel Aviv so engaging: a youth panel of three major parties in Israel. A question was asked about the unequal death toll between Israel and Gaza. The representative from Likud (Israel’s governing party) gave the chilling response of “yeah, we’re winning”. His coarseness was followed by some nuance: if Hamas (who run Gaza) want to ‘destroy’ Israel with civilian fighters, it’s difficult to tell which civilians aren’t a threat.

All sides fear for their security - this gives them something in common. That includes Benzi, our tour guide for the trip, who, raised an orthodox Jew, took us to the assassination site of Yitzhak Rabin, an Israeli Prime Minister who signed the Oslo Accords (an Israel-Palestine peace agreement). Having grown up praying for Rabin’s downfall, Benzi described it as a personal turning point for him - a realisation that the situation had gotten out of hand.

The Oslo Accords have been sidelined since, with settlements disputed and Hamas on the rise. However, the determination of all those living in Israel and Palestine to pursue normal activity, start businesses and meet the challenges of the world is not to be underestimated. Returning home, I felt a stubborn sense of optimism for the places we had visited and the people we had met.

Nobody solved the conflict that week, but the trip was incredibly enjoyable. This was thanks to our facilitators from UJS, wise tour guides along the way, and impeccable company to keep the mood light when needed. Israel is an absolute must for the bucket list - whether you’re politically inclined or want to see some breathtaking, ancient sights. 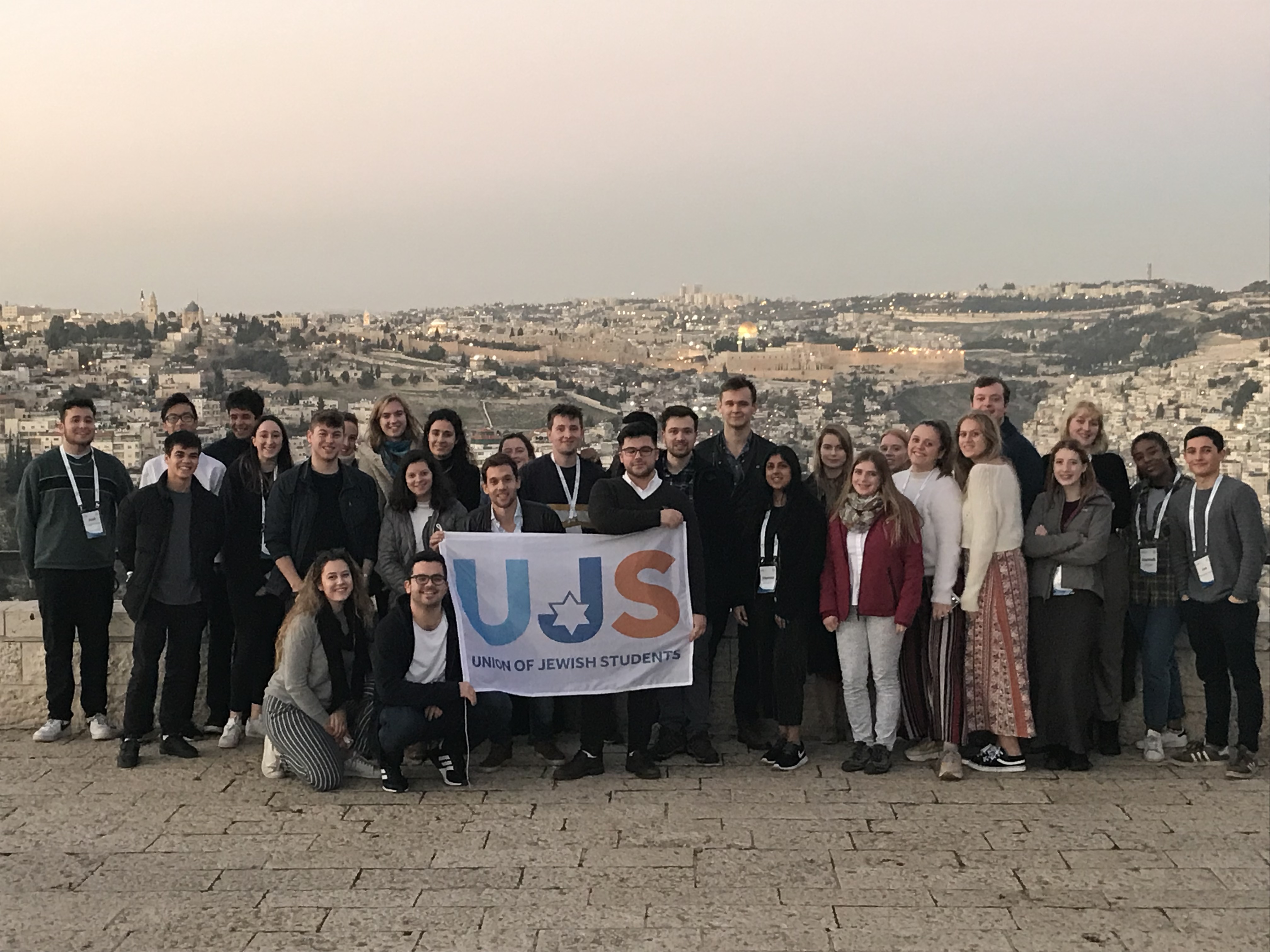