Today Israel turns 72 years old. In historical terms, it is a very young country indeed. My paternal grandma’s birth certificate notes that she was born in Mandatory Palestine - its birth is in living memory. Despite its adolescence and small size, as a collective we have much to be proud of on this day. 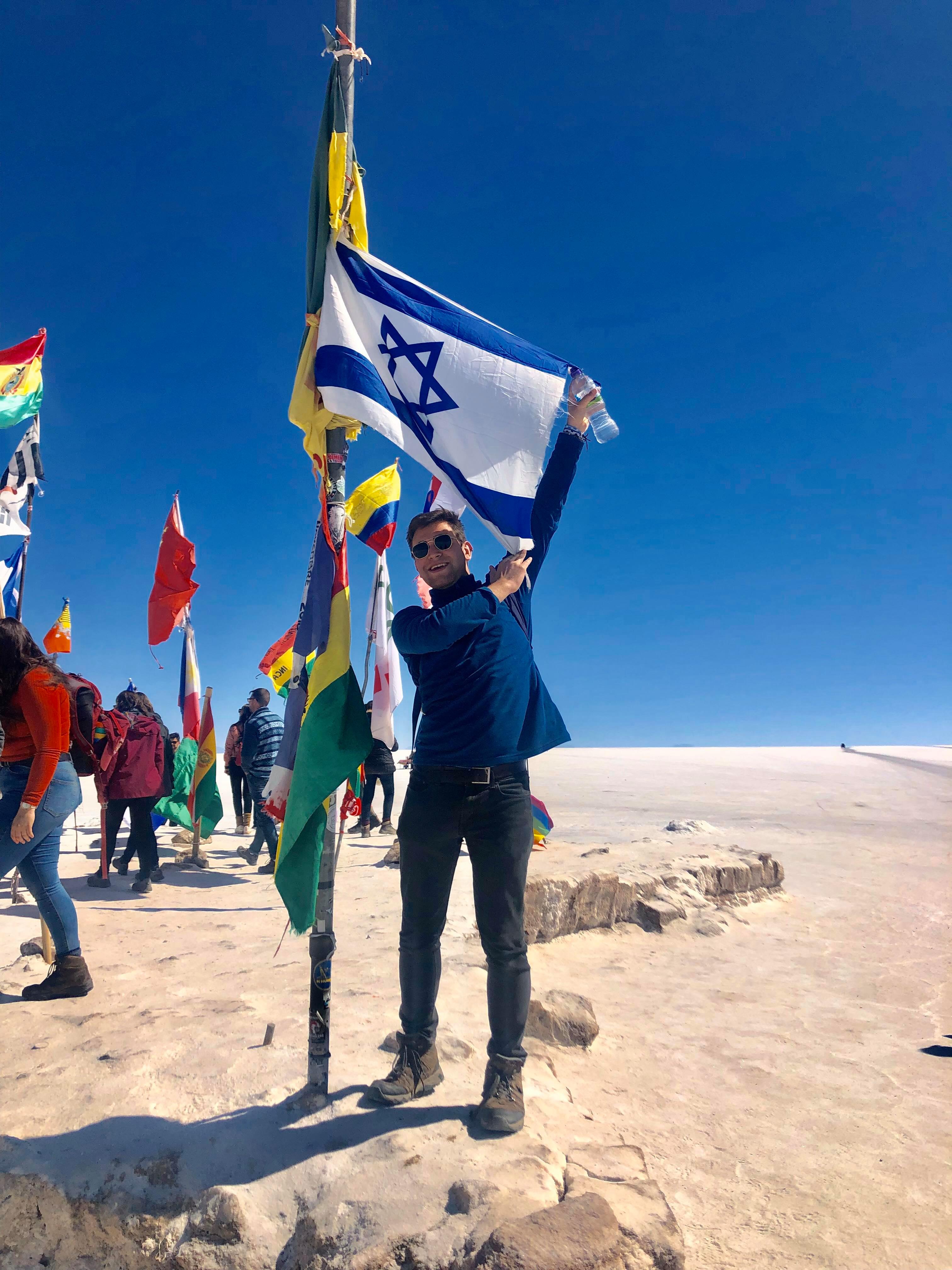 A land of geniuses, Israel has the most start-ups in the world outside of Silicon Valley and the 12th most Nobel laureates per capita (out doingn the US, France, and Germany). In Israel, this spirit of innovation is palpable; it’s in the desalinated water we drink, the app Waze we use for navigation, and the medical breakthroughs that keep Israelis living the 9th longest lives in the world. From ecological and medical achievements to cultural and technological excellence, Israel excels. If I haven’t convinced you yet, may I kindly refer you to the Eurovision Song Contest 2019 hosted in Tel Aviv, the production value was second to none!

We set aside 5th Iyar, the day that Ben-Gurion declared the establishment of the state in a small exhibition hall in the former Tel Aviv museum of art, as Independence Day to celebrate our achievements and our freedom. However, one of my favourite parts of the day actually happens the evening before - the televised torch-lighting ceremony. Beyond the usual patriotic pageantry, each year 12 Israelis who have contributed to their field in significant ways are invited to light a torch, one for each of the 12 tribes of Israel. In recent memory, by far the most emotional speech by a torch-lighter was that of Lucy Aharish, an Israeli-Arab TV presenter and a fiercely independent journalist who advocates for greater co-existence between Jews and Arabs. As she gave her speech on the podium (in Hebrew and Arabic) on Israel’s 67th Yom Ha’atzmaut, she reminded us to look to the future and to remember that one of Israel’s raisons d’être is the promise of striving for a better future for all the children of the land. The current covid-19 pandemic will bring about major structural changes in Israel and beyond, and the promise of striving for an even better future for all should be acted upon in Aharish’s spirit. For those interested, at the bottom is a link to her 1-minute long speech (for those with limited Hebrew, the English subtitles are pretty accurate!).

This year, Idan Raichel, who is my favourite Israeli artist (as my uni housemates will no doubt be aware), has been chosen to light a torch. His music is diverse, and strings together Jewish sounds in Amharic, Ladino, and Hebrew (to name but a few) from around the world which has done much to promote cross-cultural understanding within Israel. His speech should be available online with subtitles soon after and I encourage you to watch it! Click on the second link below (again available with decent English subtitles) to listen to a song he released last year called Shevet Achim Va’achayot (a tribe of brothers and sisters) which has been lauded as an unofficial national anthem. There is even a cameo by none other than Ruvi Rivlin, Israel’s adorable President!

But beyond the achievements and pageantry listed above, it is important to remember why Israelis and Diaspora Jews alike celebrate independence with such fervour. Yom Ha’atzmaut is the culmination of two months of remembrance of our collective lack of independence and its heavy cost. Ancient Purim rolls into even more ancient Pesach, which gives way to the sobering duty of remembrance during Yom Hashoah, and finally the solemnity of Yom Hazikaron falls upon us. At sunset, on this day to the memory of those who lost their lives in acts of terror and in defence of the state, our sorrow metamorphises into the collective euphoria of Yom Ha’atzmaut, whilst in the background the night sky is boldly illuminated with the traditional zikukim (fireworks). In the morning, the unfettered celebration continues and Israelis swarm the beaches of the Coastal Plain, climb the forested hills around Jerusalem, and descend on the newly replenished waters of the Sea of Galilee after the winter rains – all with a cooler full of beers and meats for their BBQs. Enjoying the scenic land that ensures their freedom is the name of the game. It is also an intensely familial affair, a day to be spent with the extended family, family friends, the neighbour, and their dog. Here in the UK, BBQs and parties are the order of the day too, and we replicate this euphoria amongst our communities, families, uni Jsocs, and friendship circles.

This year our movement and gathering is restricted (by which I mean, completely unlawful), and the day will be marked with a somewhat pared down affair. However, I urge you to celebrate with all the gusto of previous years – fly the biggest Israeli flag you can get your hands on, make a playlist with all the freshest Israeli tracks, and whack some burgers on the BBQ (or if you’re vegan like me, falafel and aubergine) – and revel. Yom Ha’atzmaut Sameach l’kol Am Yisrael.