It's terror, not resistance - opinion 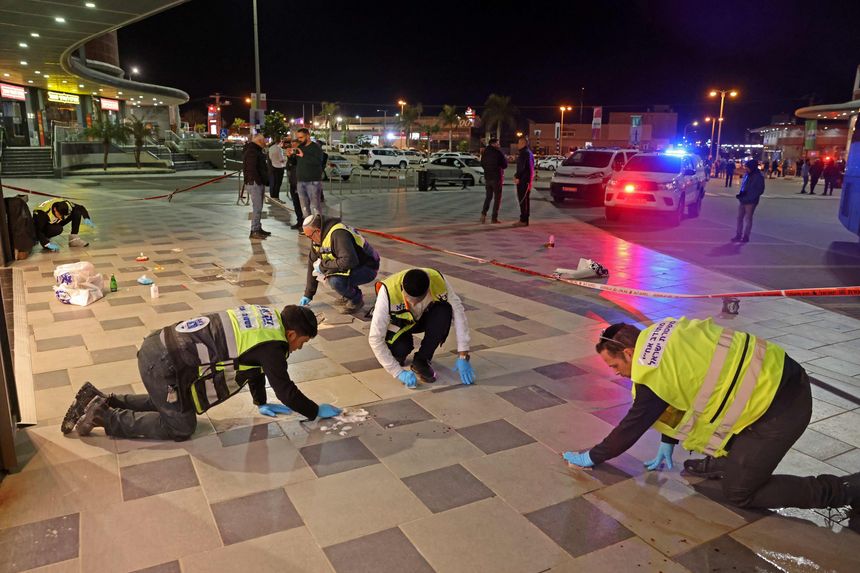 A new terror wave in Israel has left over a dozen people dead in the last month.

On the background of yet another uptick of murderous attacks by Arabs seeking to kill Jews or anyone in Israel other than a "Palestinian", there are several reasons why Arab-perpetrated violence is problematic in the context of the relationship between Israel as the Jewish state with its ideological underpinning of Zionism and the claims of a self-defined Arab Palestinian identity.

Witnessing this current Ramadan terror wave, it is important that the violence be categorized properly within the century-old assault on attempts by Jewish nationalism to repatriate Jews to the land of their forefathers, to resettle it, to establish a state and to maintain it – in security, in economic advancement and with improved health for all,and to seek to be a light unto the nations.

The problem with the violence needs to be clarified before it can be successfully addressed.

The first element is that it is all so unnecessary. If the Arabs had not adopted a rejectionist stance by refusing all diplomatic and political offers made starting, perhaps, with the Weizmann-Faisal Understanding of 1919, and on to the two pre-state partition plans and the many arrangements proffered after and culminating in the Oslo Accords, they would have their Arab state of Palestine. Preferring violence as their instrument of gain – from the Grand Mufti of Jerusalem to Yasser Arafat to the "pay-for-slay" Palestinian National Authority, not only hasn't worked but it reminds Israelis of the history of the conflict. That memory simply reinforces the unwillingness of Israelis on one hand to capitulate, and on the other strengthens their resolve to persevere as well as increases hostility to Arabs as a whole, a very unhealthy mindset.

Take, for example, the statement released in a short video this past Sunday evening by Israeli Knesset lawmaker Ayman Odeh of the Joint List, a mixed faction of Communist, Arab pan-nationalists and others, including a Jewish representative. In it, Odeh called on Arab Israelis serving in the country’s security units to “throw the weapons [you hold] in their faces … [as] young people must not join the occupation forces … it is a humiliation.” He spoke after video clips at the riot scenes near the Damascus Gate in Jerusalem showed Arab undercover policemen arresting miscreants and restoring public order. This will cause a long-term backlash especially as both a Christian Arab man and a Druze man were murdered in the last month by Arab terrorists.

Second, the horrific character of the "resistance violence" in specifically attacking civilians with knives, guns, firebombs, car-ramming and the constant throwing of rocks at civilian vehicles is not in the tradition of normative liberation movements, which Arabs in this country claim to follow. It is an immoral campaign of violence, not resistance, even if there is support for such violence from abroad.

A third aspect is that it flies in the face of Israel's successes in reaching out to other Arab Muslim states. The infamous three noes of the 1967 Khartoum Conference – no recognition, no negotiations and no peace with the Palestinians – are long gone. Palestinian Authority President Mahmoud Abbas and Hamas, along with the Islamic Jihad, are just out of step and the more they initiate instances that afford them the opportunity to assert that it is Israel that is engaged in provocations is wearing thin. Unfortunately, King Abdullah II of Jordan is still playing the provocation game but he is a special case, desperately clinging to his role as Custodian of the Holy Places in Jerusalem.

Indeed, Abdullah’s echoing of the Waqf Islamic Trust cries of Jews “storming” Al-Aqsa, the slogan that sets off irrational Islamist reactions that beget the terror, only highlights a Palestinian version of apartheid largely ignored by their progressive friends and the NGO-funding bodies of the European Union and the United States, as well as the media. Why can’t Jews visit their Temple Mount? Or even pray, a right guaranteed in the 1994 Israel-Jordan peace treaty, in Article 9. Do Jews actually “defile” the site?

Arabs in Israel and in areas of Judea and Samaria administered by the Palestinian Authority need to release themselves from perpetrating their violence, if only for themselves. Their lives and livelihood will improve. Indeed, their choice of struggle these past 100 years has failed, damaged their image and stymied any peace achievement. To carry on with their terror is not only immoral but self-defeating.

Jenin - analysis of the current situation from INSS