Jenin - analysis of the current situation from INSS 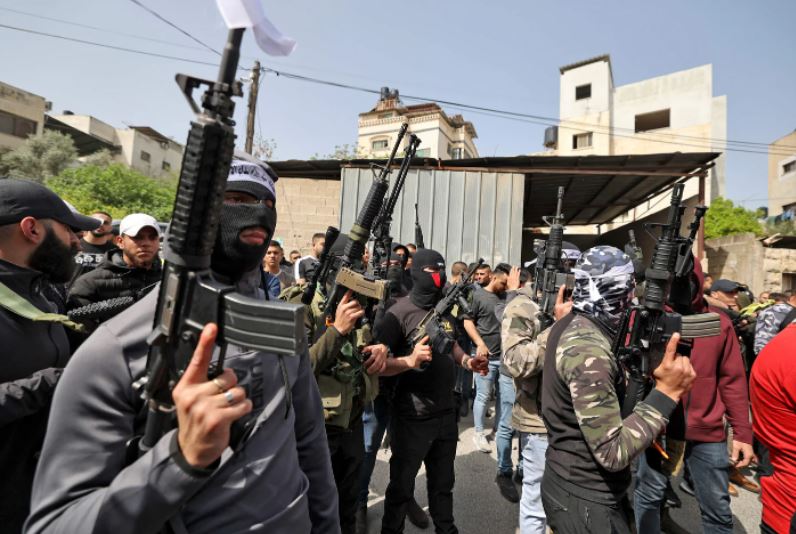 The attack on Dizengoff Street in Tel Aviv is the fourth in a series of attacks that have occurred since the current escalation began. Palestinian organizations, including Fatah / Jenin, which is affiliated with the Palestinian Authority, made good use of the fact that Dizengoff is a central business and nightlife hotspot in Israel, in order to adulate the attack and the attacker and present the Israeli security system as helpless in the face of a lone terrorist “who chases the enemy and does not run away from it,” as stated by Ismail Haniyeh in a condolence  visit to the father of Ra’ad Hazem, the perpetrator. Pictures from the raw footage broadcast for several hours on Israeli television were used by the Palestinians for propaganda purposes. Hamas and other resistance organizations had laid the groundwork among Palestinians in the months before Ramadan, and in advance of this escalation. For them, the attack in the heart of Tel Aviv is the most prominent expression thus far of the escalation they envisioned.

The attack in Tel Aviv and the attack in Bnei Brak one week earlier were waged by lone terrorists from the Jenin area. The local Fatah branch applauded the actions and contributed to the public celebration in Jenin and other cities. It issued a statement that Ra’ad Hazem was once among its members, and its spokesmen objected to Abu Mazen's condemnations and did not hesitate to criticize it in public..

This reflects the process that is currently underway in the Fatah movement, which ahead of the elections that were scheduled for 2021 split up into 3 camps Today there are many signs of a loss of confidence in the existing official leadership. The father of the perpetrator, a former senior member of the Palestinian security apparatuses, expressed these feelings in the way he praised his son's act and presented it as accelerating the liberation of Palestine, and even promised that "all of us" will see it liberated in our time.

Jenin, along with the economic boom of recent years, is the focus of activity of various organizations, including Fatah and Islamic Jihad, which do not accept the authority of the PA security apparatuses and often engage with them in confrontation. The weakness of the PA and its leader among Fatah activists in Jenin, more than elsewhere, has prompted overt manifestations of disobedience, rejection, and criticism.

Hamas and other organizations have been busy since Operation Guaradian of the Walls finding a formula that would allow them to achieve what they were denied with the cancellation of the elections, namely, to be a part of the Palestinian Authority and work to replace it, without causing further destruction in the Gaza Strip. They are trying to recreate the idea of ​​multiple fronts as in the last operation in Gaza, when Arab citizens of Israel joined the clashes in the cities with mixed Arab and Jewish populations, but so far without success. The Palestinian public is also in no hurry to join the great protest that Hamas and other organizations seek to provoke against Ramallah

Have they found a new formula in Jenin? This question arises following the Bnei Brak and Tel Aviv attacks. Has a symbiosis developed here between Fatah activists and Islamic Jihad that enjoys much power in the Jenin camp, and possibly also Hamas, which allows the execution of such attacks, without leaving a mark on one organization or another, thus eroding the status of the PA and increasing its weakness? Or should we continue to adhere to the theory of the lone terrorist?

There is still not have enough information to form an accurate picture of recent developments. It is clear that the developing atmosphere in the PA areas, the great encouragement by terrorist organizations, the growing weakness of the PA, and the ongoing friction between the IDF and the local population have the potential to encourage further attacks and acts of revenge.