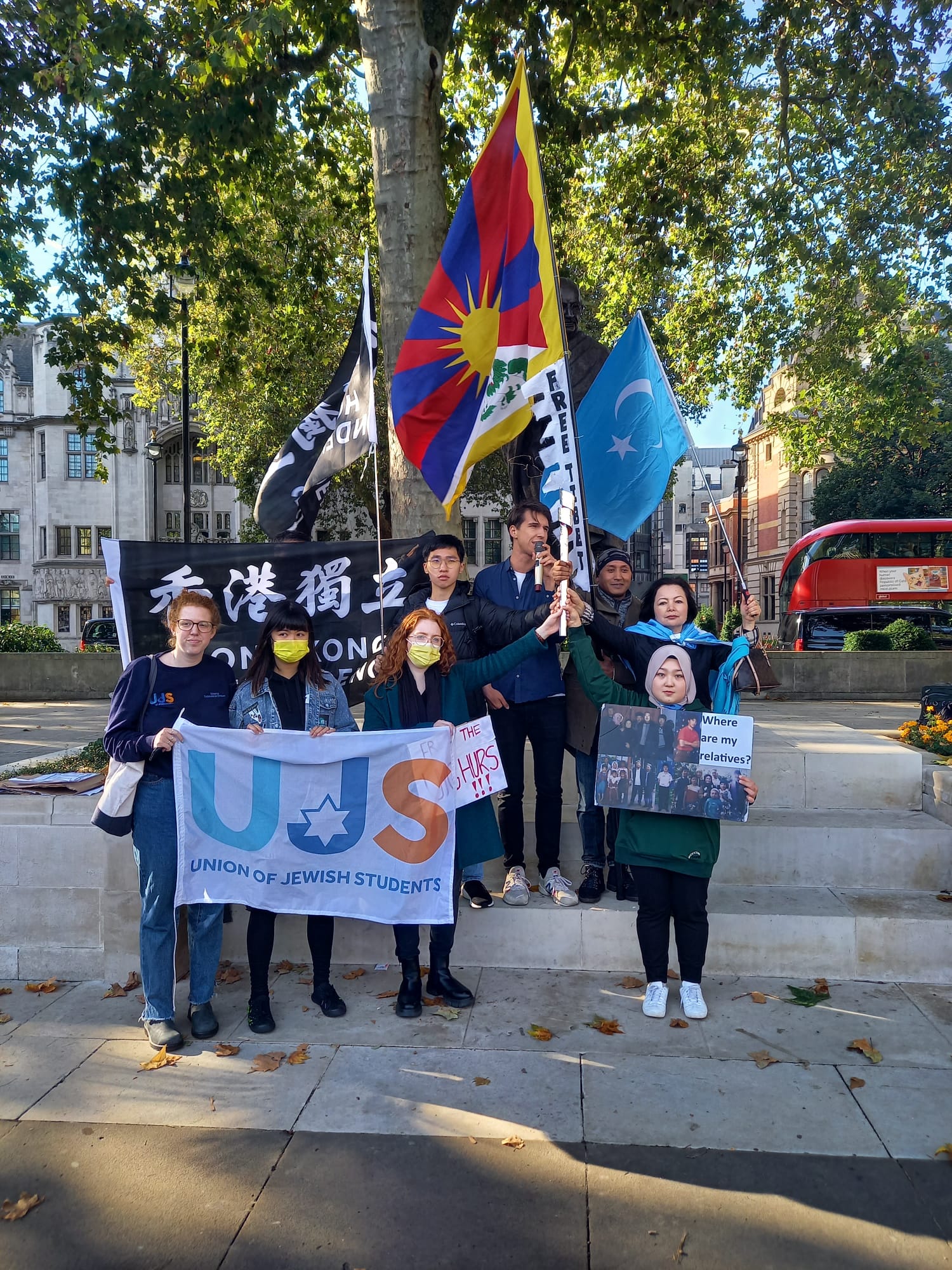 Uyghurs, Hong Kongers, Tibetans, Jews and everyone in between gathered to protest human rights abuses in China this weekend at Parliament Square.

This experience really demonstrated to me what it means for activism to be intersectional. In the process of writing a speech to deliver, I was connected with a London student who is half Uyghur and half Jewish. I asked him to write something I could include in my speech, and here’s what he had to say:

“After the Holocaust the world said never again would they allow such disregard for human life. They failed. We still witness violations of human rights in China and hatred against Jews. Uyghurs in China and Central Asia are forced to hide their identity in the same way as Jewish people did in the past. What's more, corrupt countries continue to praise the Chinese Communist Party and other human rights abuses for so-called ‘educational camps.’

I would like to extend my gratitude to Jewish communities supporting Uyghurs, to people who found the time to come today and demonstrate their sense of justice. While the anti-Semitism is still present you found the courage to fight for justice by advocating for Uyghurs. It is indeed a privilege to be a witness of such unity that stands bravely against injustice.”

The student’s words reminded me that Kol Yisrael Aravim ze le ze. All of Israel are brothers to one another. We are all responsible for each other. It is important to remember that none of us are free until all of us are free.

I left the protest feeling inspired. I knew exactly what I could and should be doing to be an advocate for the issues that are important to me. The power we have as young activists lies in taking collective action, speaking out against injustice, and telling the stories of those who do not have a voice themselves.