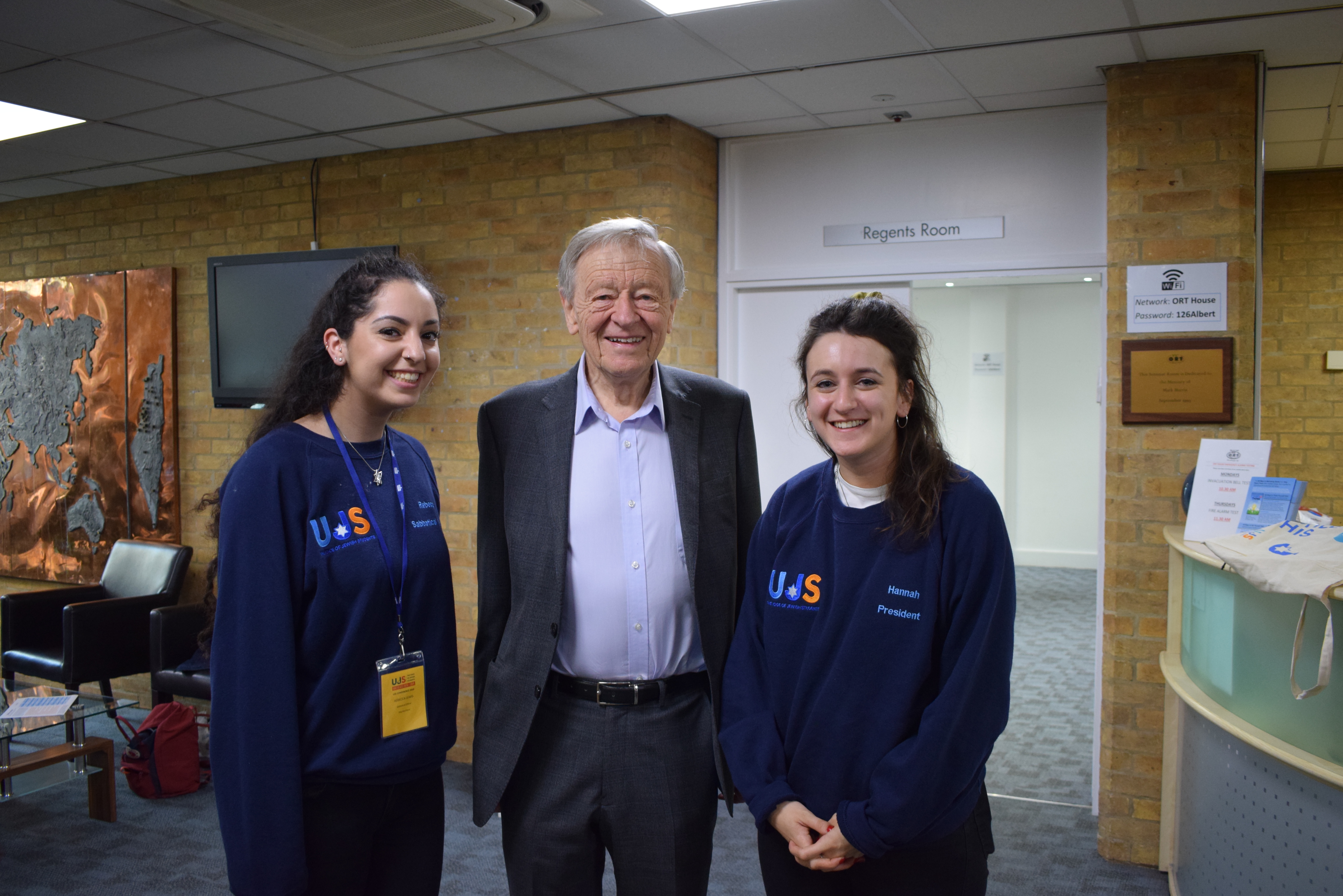 ‘When you have hope, you can put up with almost everything, but when there is not hope, it’s really terrible. We want to give them hope.’

One week and 80 years after the first arrival of a Kindertransport to the UK, Lord Alfred Dubs addressed Jewish students at this years conference talking about his experiences as a Holocaust survivor and working in the UK Parliament, as well as working to support unaccompanied child refugees.

Lord Dubs arrived to the UK as the son of a Jewish man. Speaking in regards to the anniversary of the first Kindertransport, ‘Britain gave me great opportunities as a six year old refugee.  Any country which does that needs to be thanked even if the mood is currently turbulent, and we need to give the same opportunities to many more refugees. We’re campaigning on the 80th anniversary of the Kindertransport that Britain should commit to taking 10,000 children. Over 10 years, that’s only 1,000 a year.’

At the 2017 UJS Conference Jewish Students resolved to press the government to reopen the Dubs Amendment as well as honouring the Children at Risk Scheme, the National Transfer Scheme and Dublin legislation under EU law to take in unaccompanied child refugees if they can be reunited with family in the UK. UJS has supported efforts to lobby local authorities to do their utmost to allocate resources to unaccompanied child refugees. UJS President Hannah Rose joined dozens of activists in delivering the Safe Passage petition with over 33,000 signatures in support of Britain once again opening our hearts and our home children fleeing persecution.

Jess Baker, Social Action and inter-Community officer at Leeds J-Soc, reflected on her volunteering in Calais: “Last winter I worked with refugees in Calais, making hot food to keep people going. After being in LJY-Netzer and working with the upcoming Jewish generation, the experience I had feeding small, hungry toddlers in rainy car parks was very jarring. However, my values of Tikkun Olam and the Jewish history of immigration somehow linked these different challenges, and people like Lord Dubs really remind me why it’s vital for me to be part of the movement to support refugees, as a Jew.”

Lord Dubs paid special thanks to the volunteers, ‘There are fantastic people from Britain and elsewhere giving up a year or two of their lives with little to no pay to help vulnerable people and they don’t get enough credit. It’s humbling to see people with this level of commitment and the terrific job they do, and it’s imperative they get the credit they deserve.’

We were honoured to have Lord Dubs at this years conference.