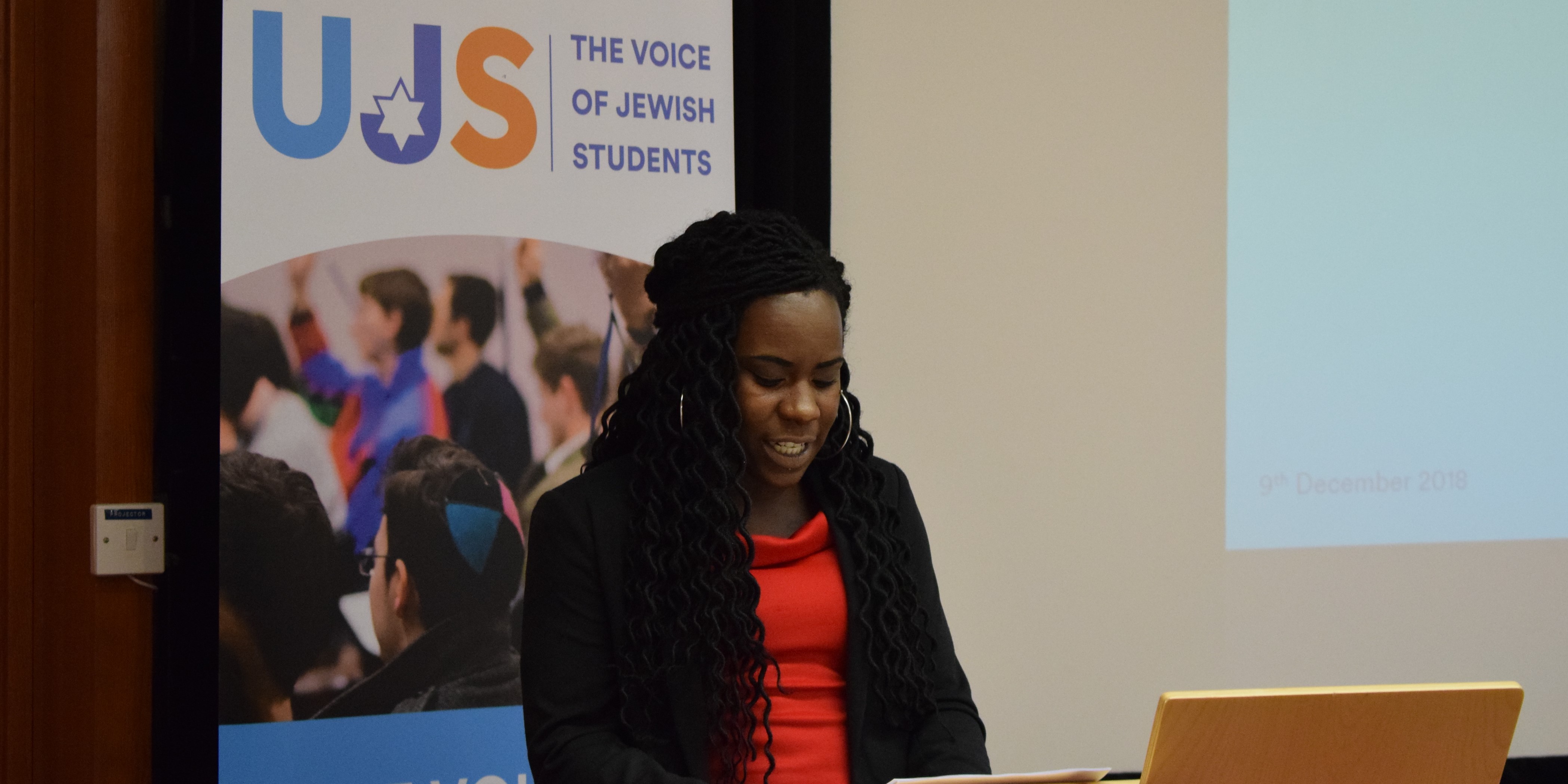 Shakira Martin, President of the National Union of Jewish Students, joined us at Conference to reinforce her commitment to combat anitsemitism through her platform within the NUS.

Shakira has held a good relationship through her first and second term as president of NUS. She reiterated at conference that 'When I was elected, I promised to listen, I promised to learn and i promised to led. It was very clear to me that Jewish students weren't happy'. We know that Shakira took those concerns very seriously.

NUS President Shakira Martin, who has been on two UJS delegations to Poland and supported a NUS campaign for students of all backgrounds to play their part in preserving the memory of the Holocaust. Reflecting on her recent experience as part of the UJS and HET programme supported by the UK Government, Shakira “l was not there to be an observer, l refused to be a bystander. We all have a duty to ensure the stories of the survivors live on - but our responsibilities don’t stop there, we all have an obligation to fight antisemitism and expose it in its manifestations. I’m sure l speak for the 93 student union leaders when l say it’s impossible to forget, nor should we want to, we must never forget.”

Shakira wants to make sure that all students within this organisation know that the NUS wants to work with them: 'I believe that the student movement is never more influential then when we are united and stand together.'

We were very mived by Shakiras speech and are grateful for her support.

National Council and Board of Deputies Election Results