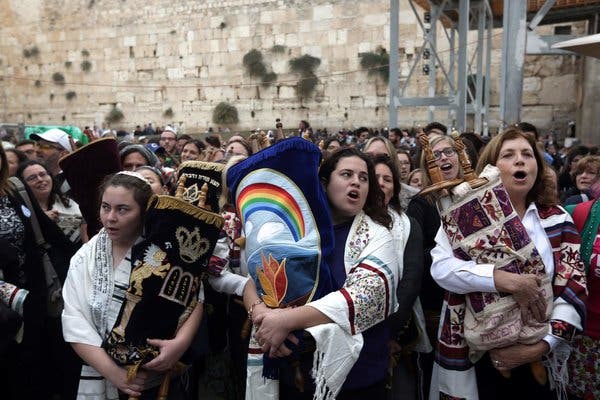 The Women of the Wall group gathered for the monthly Rosh Chodesh prayers at the Western Wall on Sunday. In the past, violent acts have been taken against the group for their egalitarian stance on prayer in the historic and religiously-significant site.
Reform rabbi and Labor MK Gilad Kariv, who has continuously expressed his support of the group and of the Kotel Deal, or Western Wall agreement,  which would have legally designated the southern end of the Western Wall for non-Orthodox prayer services, praised the group for their actions on Sunday.
"The Women of the Wall constantly remind us that there is more than one way to be Jewish. They will continue to do so until the Western Wall agreement is actualized," he tweeted.
The agreement passed a cabinet resolution in 2016 but was then indefinitely suspended.
Last week, Prime Minister Naftali Bennett said he would send his cabinet secretary, Shallom Shlomo to meet with representatives of the Reform and Conservative movements to intervene in and advance the agreement. They are supposed to meet on Tuesday or Wednesday.
The meeting was proposed by Kariv.
Religious Zionist Party MK Itamar Ben Gvir arrived at the Western Wall area where the women were praying on Sunday morning in opposition to their presence and prayers services.
"Do not desecrate the Western Wall - it belongs to everyone except for you, you don't represent anyone, leave," he said.

UK to designate all of Hamas as a terrorist organisation