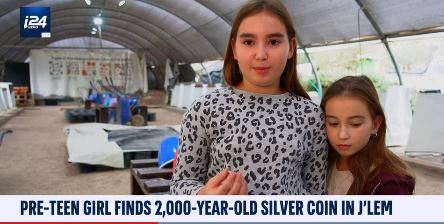 An Israeli girl found a 2,000-year-old silver coin which some experts believe was minted at the second Holy Temple in Jerusalem’s Old City as part of the Jewish revolt against the Romans.

The Israel Antiquities Authority (IAA) announced on Tuesday that 11-year-old Liel Krutokop discovered the coin at an archeological activity, The Jerusalem Post (The Post) reported.

Weighing 14 grams, one side of the coin features a cup as well as the inscriptions “Israeli shekel” and “second year,” indicating that the coin was minted during the second year of the Great Revolt against the Romans.

On the other side, an inscription reads “Holy Jerusalem” in ancient Hebrew next to another word that experts say refers to the headquarters of the High Priest in the Temple. 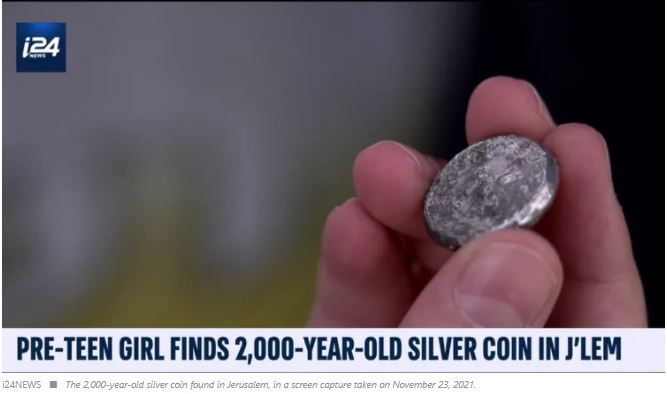 The First Jewish-Roman War from 66-73 CE was the first of three major rebellions by the Jews against the Roman Empire.

Fighting, which took place in Roman-controlled Judea, resulted in the destruction of Jewish towns as well as the Jewish Temple.

According to The Post, the coin was likely minted by a priest who joined the Jewish rebels against the Romans.

“This is a rare find,” Dr. Robert Kool, head of the Coin Department at the IAA said.

“Out of many thousands of coins discovered to date in archaeological excavations, only about 30 are coins made of silver from the period of the Great Revolt.”

“I did not think I would find a coin myself, and certainly not such a rare coin from pure silver,” Krutokop said, The Post reported.

Kool suggested that the coin could be one of “the only items we can hold today that originated in the Temple itself.”

The Best Beaches in Tel Aviv