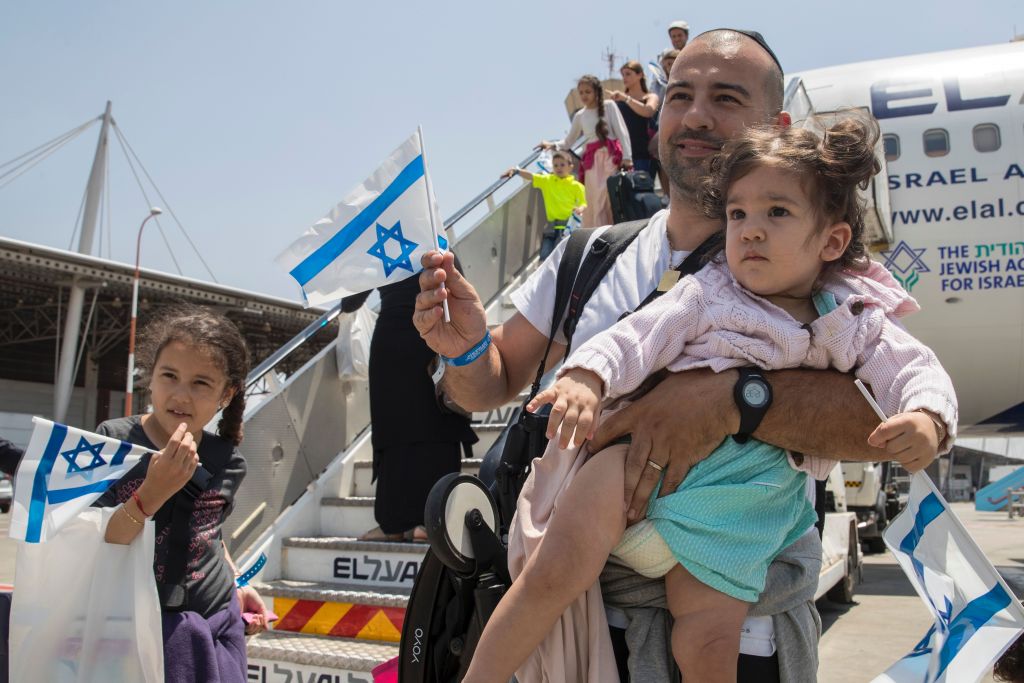 A poll conducted by Israel’s Aliyah and Integration Ministry revealed on Tuesday that more than 80 percent of Russian and Ukrainian Jews who arrived in Israel after February 24 intend to stay in the country.

The survey was conducted by Professor Zeev Hanin. Presenting his findings at the Euro-Asian Jewish Congress, he said that over 80 percent of respondents among new immigrants from Russia and Ukraine want to stay in Israel.

Figures were slightly higher for Jewish immigrants from Russia, with 83 percent of them responding positively to the question. Meanwhile, over 78 percent of Ukrainians - who immigrated after Russia's invasion of their country - said they intend to remain in the Jewish state.

Nearly 70 percent of the respondents said they were satisfied with their first steps in Israel, with 74 percent saying they were “very content” with the government’s financial support.

The same number of those surveyed said they were satisfied with their living conditions and their children’s education opportunities.

Among the most pressing issues, the majority of the respondents listed finding permanent housing (66 percent), stable jobs (63 percent), and learning Hebrew (73.7 percent).

According to the Integration Ministry, since the beginning of the year over 28,000 Jews from Russia, Ukraine, and Belarus moved to Israel as of early June. This figure is more than twice as high as for the same period last year.

Earlier on Tuesday, a senior ministry source said that Israel's Finance Minister Avigdor Liberman is looking for ways to enable Russian immigrants to access their bank accounts in Russia and transfer money to Israel.

There are currently 57,000 retired immigrants who cannot transfer their Russian pensions in Israel due to unprecedented economic sanctions imposed against Moscow over its invasion of Ukraine.