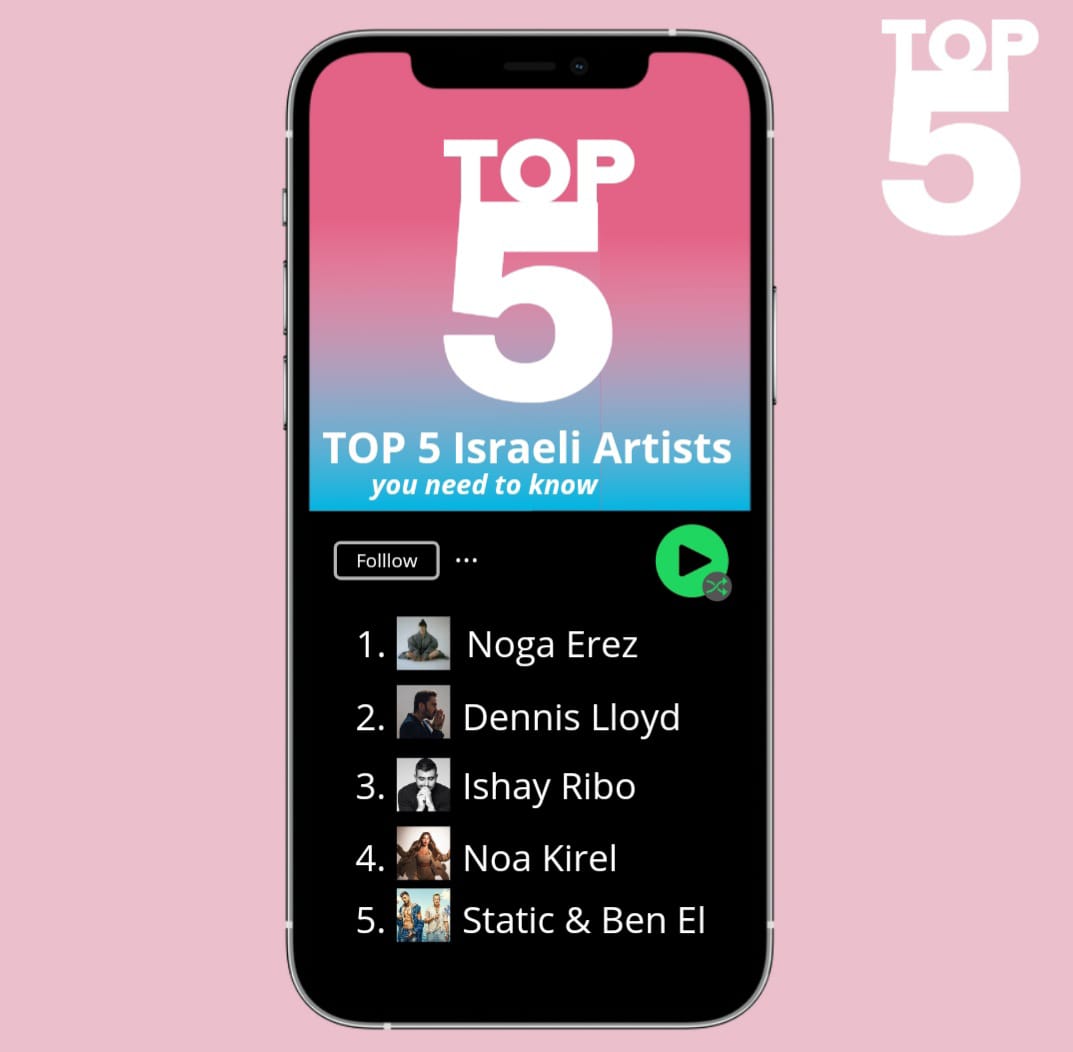 Erez is one of Israel’s breakthrough indie stars, having signed to Berlin label: City Slang – who also host Caribou and Junior Boys –she is one of the country’s most hyped artists (one writer called her “the Israeli answer to a Björk”).
She performs with her studio partner of four years, Ori Rousso.

‘Nevermind’, Lloyd’s breakout song was certified platinum by RIAA, reached first place on all of the Israeli weekly charts, and was streamed more than 500 million times on Spotify.

Ishay Ribo is an Israeli singer-songwriter. An Orthodox Jew, he has gained popularity in Israel among Haredi, national-religious, and secular Jewish audiences. He has released four studio albums, two of which have been certified gold and one which went platinum.

Noa Kirel is an Israeli singer and actress, She has won the MTV Europe Music Awards for best Israeli act between 2017–2020 and produced several hit songs despite being only 20-years-old and still doing her compulsory military service in the Israel Defense Forces.

Static & Ben El Tavori are an Israeli musical pop duo comprising the singers Liraz Russo (aka Static) and Ben El Tavori. Their musical producer is Yarden Peleg (aka 'Jordi').
They have produced thirteen #1 songs in Israel.

Tel Aviv from A to Z