What are the proposed solutions to the Israeli-Palestinian conflict? 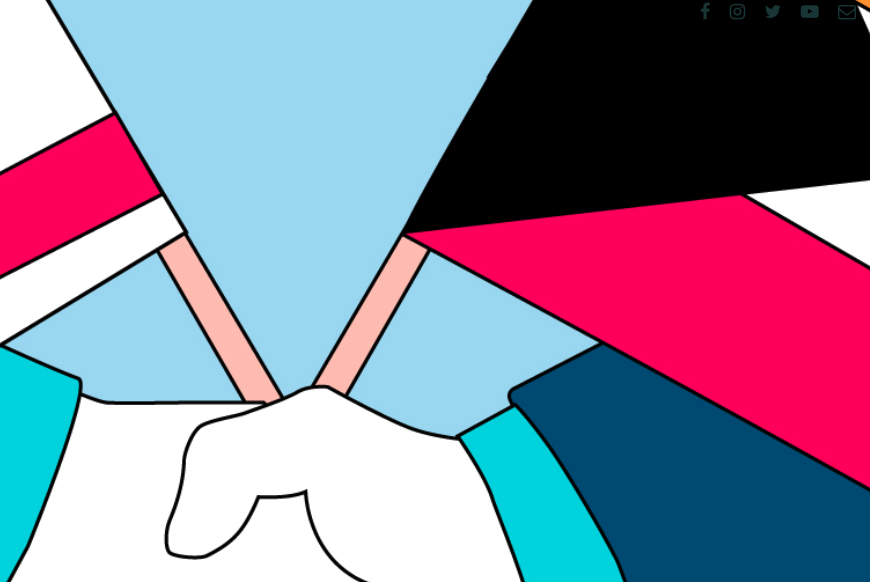 There’s a ton of confusion surrounding whether or not peace is possible between Israelis and Palestinians, what that peace would look like, and how feasible it would be. We’ll break down the general proposals, the biggest issues these plans bring up, and what’s changed under the Trump administration.

Okay, so are there proposed solutions?

Yes. For a while these proposals generally fell under two categories: a one-state solution, or a two-state solution. More recently, talks of Middle East peace plans have shifted a bit, but we’ll get to that later. Let’s start with…

Also called the “binational state,” this would create one democratic, secular state in which both Israeli Jews and Palestinian Arabs would live as citizens with equal rights. Those who support a one-state solution generally see separating Israelis and Palestinians into two states as just too hard. The populations are too intertwined, and reaching agreement on things like borders and Jerusalem and Palestinian refugees is too complicated (yes, we’ll get into why these things are complicated in just a bit).

As Avraham Burg, a once-prominent Israeli supporter of the two-state solution who later favored one-state, wrote, “A quarter of a century on from the Oslo Accords , the two-state solution lies in tatters. There is no peace process. There is very little hope left. And yet somehow, we must still find a way for Israelis and Palestinians to live side-by-side, with equal rights within a single international border. It is time for a progressive one-state solution.”

Yet, many Israelis unfavorably view a one-state solution as one that would destroy the state’s Jewish character and undermine the security of Israel. Granting citizenship to all Palestinians would render Jews a minority and essentially eliminate the world’s only Jewish state. Plus, a one-state solution still comes with logistical problems of its own, not the least of which is who would keep the peace between two peoples who have been at war for more than a half-century.

Which is why many people favor the…

This plan would create two states for two peoples, Israel and Palestine. Hypothetically, the Israel state would retain a Jewish majority, thus remaining a Jewish state, and the Palestinian state would have a Muslim Arab majority.

According to this Haaretz poll from 2019, just about ⅓ of Israelis support a two-state solution (19% support one-state, 9% a confederation (which we’ll get to), and the rest fall under “don’t know” or “other”). The majority of world powers support the two-state solution as well, as did, until only very recently, the United States and the Israeli government.

But the devil is in the details. Where would the borders be between these states? What would happen to Jerusalem, a city important to both peoples? What about all the Jewish settlements in the West Bank? What about Palestinian refugees?

If there was a two-state solution, where would the two states be? What borders would define the Israeli state, and what would Palestine consist of?

There are a few maps people reference often when discussing borders:

Before and after the Six-Day War; after, Israel controlled the West Bank, Golan Heights, Gaza Strip, and Sinai Peninsula.

Something you often hear when discussing Israeli-Palestinian peace is a return to the “‘67 borders” or the Green Line — a.k.a. the armistice lines that were drawn at the end of the 1948 Arab-Israeli War . (For example, in 2011, President Obama said, “The borders of Israel and Palestine should be based on the 1967 lines with mutually agreed swaps.”)

Israel after armistice agreement in 1949

Here’s where things get dicey. If you draw the border along the ‘67 lines, hundreds of thousands of Israelis who live in West Bank settlements wind up on the Palestinian side. Would those people become citizens of Palestine or (probably forcibly) be made to move back to Israel proper? Few on either side want the first option, but some settlements are well-established cities, with tens of thousands of residents. One of them, Ariel, even has a university. Breaking those up would be nearly impossible.

It’s also seemingly impossible to draw a border that encompass these settlements as part of Israel, as Palestinians would not have a contiguous territory. Are Palestinians going to leave their country every time they want to travel between cities (which is basically what happens now…)? Not ideal. Some have proposed land swaps, whereby Israel would give up some of Israel-proper to compensate for pieces of the West Bank it would keep in a peace deal. But the problem of settlements that exist deep in the heart of the would-be Palestinian state still remains.

Hundreds of thousands of Palestinians were displaced by the 1948 Arab-Israeli War that established Israel’s independence. Today, they and their descendants number in the millions, and many of them live essentially stateless in refugee camps around the region (though there’s also a sizable diaspora, with many Palestinians who are citizens of Jordan, the U.S., and other countries). Palestinians call for a “right of return” that would permit them, and their descendants in perpetuity, to return to homes and villages they once fled.

In 1948, the United Nations adopted Resolution 194, which stated that Palestinian refugees who wished to return to their homes should be allowed to do so. By 1967, however, when the U.N. Security Council adopted Resolution 242 in the wake of the Six-Day War , that language was softened significantly, calling only for a “just resolution” to the refugee issue.

Unsurprisingly, Israel is not a fan of the “right to return” — millions of refugees flooding into Israel would overwhelm the country and eliminate its Jewish character.

The Israeli position has largely been that Palestinians should have the right to return to Palestinian territory if a two-state solution is achieved. Israel and its allies have also criticized the U.N. and Arab countries for not integrating these refugees, thereby prolonging the issue in order to keep pressure on Israel. And many Israelis note that they absorbed 600,000 Jews from Arab countries after 1948, many of whom were pressured to leave and/or were forced to abandon property and leave valuables behind, and whose descendants now number in the millions.

Security is a major concern for Israel. The country, established as a haven for a people who have suffered thousands of years of oppression, has fought multiple wars for its very survival, and the memory of invading Arab armies remains strong in a nation where military service is mandatory, rocket attacks from Gaza and Lebanon occur regularly, and terrorism has killed or maimed thousands of Israelis.

Ceding the West Bank in its entirety would make Israel only a few miles wide at its narrowest point and deny Israel the security presence it currently maintains along the Jordan River — both of which are considered critical to maintaining “strategic depth” against any sort of terror attack. How would Israel protect itself from that threat if it withdraws from the West Bank?

Then there’s the issue of terrorism. Israel insists that a security barrier in the West Bank, combined with security coordination with the Palestinian Authority and ongoing operations targeting militants in the West Bank, have all helped to dramatically lower the terrorist threat posed to Israel. Yet Hamas militants routinely fire rockets and dig terror tunnels from Gaza into Israeli population centers. Many Israelis fear that if those rockets were fired from the West Bank rather than Gaza, no Israeli living in the country’s very heart would be safe.

Of course, Palestinians have their own security concerns, too. Israeli security forces routinely conduct operations in the West Bank, and these sometimes result in Palestinian casualties. And when Israel strikes back against rocket fire, as it has three times between 2008 and 2014, many Palestinian non-combatants die. There is also a real fear among Palestinians that they could be arrested and held in military detention indefinitely under the current framework.

Both Israelis and Palestinians claim Jerusalem as their capital, and the city is holy to Jews, Muslims, and Christians.

For Jews, Jerusalem is the holiest city in the world — it’s where the First and Second Temples of antiquity stood, on what Jews now call the Temple Mount, and where the Western Wall stands as a remnant and reminder of the Second Temple. For Muslims, Jerusalem is the third holiest city, because it’s where Muhammad ascended to heaven — and, since the 7th century, it’s been the site of the gilded Dome of the Rock and the al-Aqsa Mosque, which are also located on top of the Temple Mount. For Christians, Jerusalem is where Jesus was crucified and also contains the Church of the Holy Sepulchre which, according to tradition, contains the two holiest sites in Christianity: the site of the crucifixion, and Jesus’ empty tomb.

The 1947 U.N. Partition Plan called for Jerusalem to be an international city. But the 1948 Arab-Israeli War left the city divided, with Israel controlling the western section of the city and Jordan controlling the rest, including the walled Old City (where the Western Wall and al-Aqsa mosque are located).

In 1967, Israel captured the entire city of Jerusalem (along with Gaza, the West Bank, and the Golan Heights). Until then, Jordan controlled the Old City and denied Jews access to their holy sites; since taking control, Israel has largely allowed free access to all faiths and agreed to give Muslims and Christians authority over their own sites. Israel does restrict access to Muslim sites, however, when a security threat is declared.

A two-state solution typically assumes some division of Jerusalem, though that concept is strongly opposed by many on the Israeli Right. A particular thorny question, even for those who favor a compromise, is what would happen with the Old City, Western Wall, and Temple Mount.

But it’s not just the Old City. West Jerusalem is mostly Jewish, and Eastern Jerusalem Arab. But some key Israeli institutions, including The Hebrew University, are in Eastern Jerusalem, as are a number of Jewish neighborhoods and holy sites.

Are there other proposals that don’t fall under one-state vs. two-state?

There sure are! Let’s talk about a few:

Confederation: Basically, think of Israel and Palestine as sort of a mini-European Union. Each side would have its own government, but would work together on resources, security, and economic issues. There would be free movement and even residency between the two states, but citizens on each side could only vote in their own elections.

Autonomy-Plus: Naftali Bennett, a right-wing Israeli politician, calls for “upgrading”  Palestinian autonomy in the West Bank in the areas already under Palestinian control. The Palestinians would hold their own elections and maintain their own schools and services, but would not control their own borders and would not be allowed to have a military. Israel would also annex West Bank territory already under its control. Palestinians consider this deal a non-starter.

Federation: This variant on the one-state solution applies Israeli law to the entire West Bank and gives full citizenship and voting rights to all the Palestinians living there. However, the resultant country would be divided up into smaller provinces or cantons in ways calculated to maintain a Jewish political majority (think gerrymandering).

Expulsion: Some on Israel’s far-right have insisted the only solution is to expel or “transfer” Palestinians from the entire West Bank. The idea horrifies most Jews and Arabs alike, who consider it nothing less than ethnic cleansing, even if it could somehow be carried out without bloodshed.

Trump administration officials have been silent about what exactly is in their Middle East peace plan, but many suspect it will not accommodate a Palestinian state or full sovereignty. Instead, it would include continued Israeli security control in the West Bank and expanded economic opportunities for Palestinians. Jared Kushner, Trump’s son-in-law and the plan’s principal architect, says it will address all core issues — including Jerusalem, borders, and Palestinian refugees. Beyond that, very little is known.

And what’s the history of peace talks?

We suggest checking out this timeline from BBC news if you’re curious as to what’s been going on since 1967. Spoiler alert: It’s messy!

The History of the Israeli-Palestinian Conflict