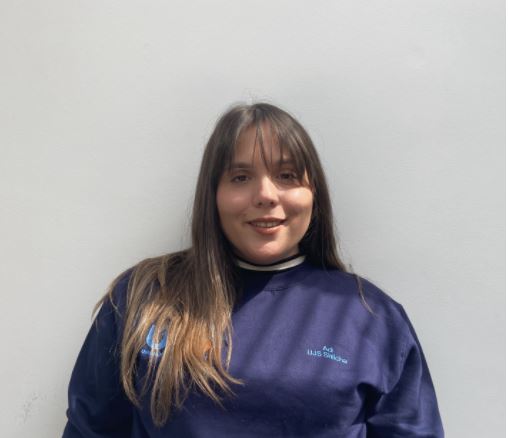 Adi Peled is a Shlicha of the Jewish Agency to UJS, covering the
midlands.

Adi grew up in Kiryat Bialik in northern Israel, as a child she was
a social activist and coordinated the Israeli Scouts in the city,
and took part in many delegations and projects of the Ministry of
Foreign Affairs.

In the military, Adi served as a soldier teacher at a boarding
school for youth at risk coming from various backgrounds in
Israeli society. After her military service, she went on the Jewish
Agency's summer camps Shlichut and led the topic of Israeli
culture at camps in Indiana and Virginia Beach.

Adi holds a bachelor's degree in Political Science and
Communication. During her studies, she worked as a marketing
coordinator for the Jerusalem Municipality and interned at the
marketing division of Hillel Israel.

Adi specializes and can deliver lectures on Israeli culture and
society, Israeli identity, and Jewish identity.