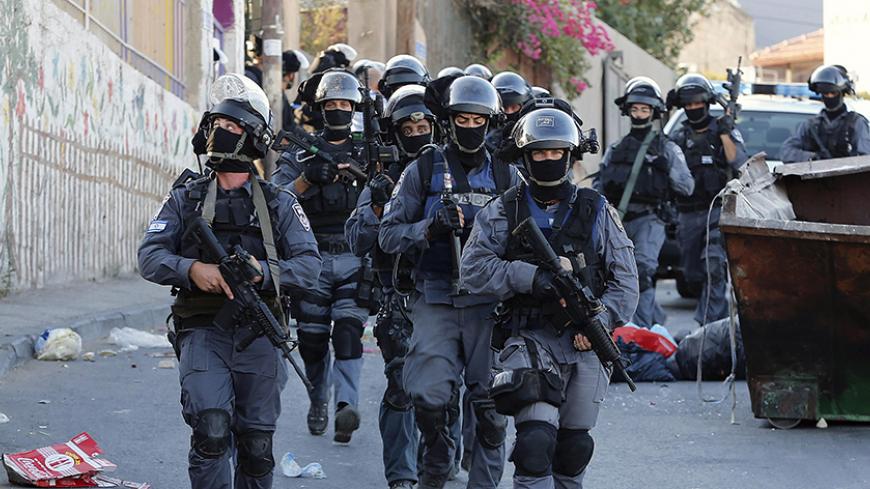 The unusually brazen attack in Hadera, a city on the Mediterranean coast, came as four Arab foreign ministers arrived for an unprecedented summit that shows Israel’s growing role in the Middle East

SDE BOKER, Israel — Two Arab gunmen killed at least two people and injured several others in an unusually brazen attack in northern Israel on Sunday night, on the eve of a groundbreaking diplomatic summit in southern Israel between top Arab, Israeli and American diplomats.

The attack is the fourth act of terrorism in Israel in less than two weeks, and has heightened fears that the country may be on the cusp of a new surge in violence just as Passover, Easter and the Muslim holy month of Ramadan are set to occur next month in a rare convergence.

Tensions between Israelis and Palestinians often rise during this period, most recently last May, when Ramadan-related clashes helped lead to an 11-day war between Israel and Islamist militants in Gaza.

The nature of the attack on Sunday in Hadera, a city of nearly 100,000 on the Mediterranean coast, was considered particularly worrying by officials because it involved two attackers, both wielding what appeared to be heavy automatic weapons — details that implied a level of planning and coordination unseen in other recent attacks.

The attack was later attributed to the Islamic State, according to a statement circulated on social media bearing the name and logo of a news outlet affiliated with the extremist group.

The police later circulated photographs of several additional guns and ammunition clips that they said the attackers had been carrying. Most recent incidents have been stabbing attacks, involving a single assailant acting seemingly without assistance.

The incident occurred as the U.S. secretary of state, Antony J. Blinken, flew to southern Israel to join his counterparts from Israel, the United Arab Emirates, Egypt, Bahrain and Morocco for a diplomatic gathering, at which few expected the Israel-Palestinian conflict to play a major part.

Video posted to social media showed the two attackers, both dressed in white uniforms, walking across a street and firing haphazardly. In a statement, the Israeli Police said the gunmen killed two people before being shot by an undercover police unit that happened to be in the neighborhood. The two attackers died at the scene, an Israeli official said.

The police said that three policemen were wounded in the gun battle, and emergency medical groups said they treated at least three others.

The attack prompted Naftali Bennett, the Israeli prime minister, to head to the scene, while defense minister Benny Gantz held an assessment with the heads of the Israeli Army, police force and domestic intelligence service, according to officials.

Both ministers’ actions were signs of the gravity with which the Israeli establishment was approaching the attack.

Several Palestinian militant groups praised the attack. A senior member of Islamic Jihad, a Gaza-based extremist group, was reported by a Palestinian television channel, Palestine Today, to have described the attack as a response to the summit, seen by many Palestinians as a betrayal.

The first-ever working meeting on Israeli soil between high-level Arab, Israeli and American diplomats, the summit is meant to show Israel’s growing legitimacy within parts of the Arab world, as well as give the participants a chance to discuss how to deal with the threat of Iran and its proxies; press the U.S. to remain proactive in the region; and also develop business and economic partnerships.

The participation of the four Arab countries highlighted how some Arab leaders are increasingly willing to deal with Israel, even before a resolution of the Israeli-Palestinian conflict, a longstanding pan-Arab goal.

But the attack on Sunday night, which occurred as the Moroccan foreign minister was arriving at the summit, was a reminder of how diplomatic détentes between Israel and the rest of the Arab world have not yet led to a breakthrough in the conflict at home.

In a statement released late on Sunday night, the Israeli Foreign Ministry said that all the participating Arab ministers had condemned the attack and sent their condolences to the victims.

The Israeli foreign minister, Yair Lapid, said in the statement: “Tonight’s heinous terror attack is an attempt by violent extremists to terrorize and to damage the fabric of life here. I send my condolences to the families of the murdered, and my wishes for recovery to the wounded.”

He added: “The State of Israel will uncompromisingly fight terrorism, and we will resolutely stand together with our allies against anyone who tries to harm us.”