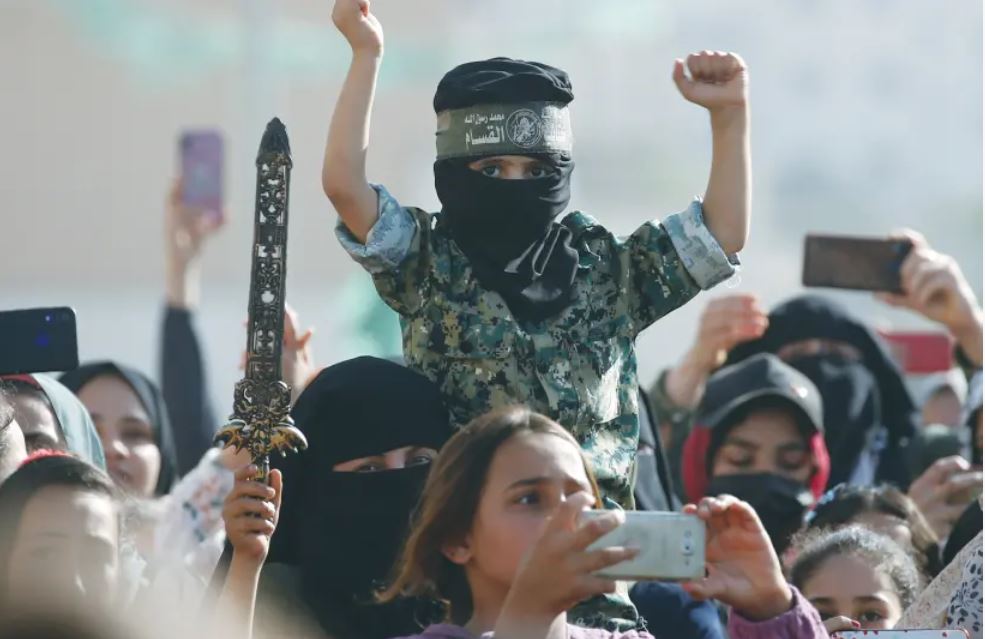 The Coalition to Save Palestinian Child Soldiers called on CAF (Charities Aid Foundation) America to stop providing funds to Palestinian NGOs like “Defense for Children International Palestine” (DCI-P) due to its ties to the Popular Front for the Liberation of Palestine (PFLP), which has been documented as using child soldiers.

The coalition is asking the public to email CAF with a request to stop funding such organizations as part of Palestinian Child Soldier Week which is observed from February 7-13. The campaign aims to raise awareness about the plight of Palestinian child soldiers and pressure offending organizations to stop their abuses.

"These organizations that profit from private money funneled through CAF America, exploit children for political purposes. CAF America provides, by association, a financial safe haven for 'retired' PFLP and Hamas terrorists. They are guilty by omission, affiliation and direct action in the incitement to violence, recruitment and training of Palestinian children for military purposes."

A number of minors have joined the PFLP's armed wing in the past, including one 16-year-old who committed a suicide bombing attack in 2004 and another 16-year-old who joined the armed wing and was killed in 2004. A December 2014 PFLP memorial event included individuals who appeared to be children in military garb, according to NGO Monitor.

DCI-P was one of several Palestinian NGOs classified as arms of the PFLP by Israeli authorities last year. The other NGOs are Addameer, Al Haq, Bisan Center, Union Of Agricultural Work Committees and the Union of Palestinian Women’s Committees.

A Shin Bet investigation by the Shin Bet (Israel Security Agency) found that the organizations raised and laundered money and forged documents to assist the PFLP. They also recruited activists to join the group and several meetings of senior group members were held at the offices of the NGOs.

Many pro-Palestinian activists claimed, however, that the evidence collected by Israel failed to link the NGOs to terrorism.

The coalition called the funding from CAF an "essential part in the upkeep of the brutal, systemic use of Palestinian children by terrorist organizations in the Levant."

CAF America writes on its website that it enables donors to "make strategic, cost-effective and tax-advantaged gifts while reducing the risk, reputation exposure and administrative burden associated with cross-border giving."

BDS against exhibition on Jews in the Arab world