BDS against exhibition on Jews in the Arab world 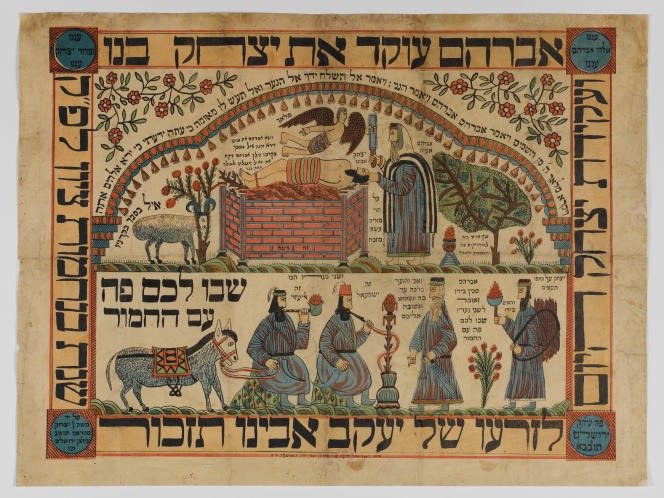 Around 200 Arab intellectuals sent a letter of protest against an exhibition by the Paris Institute du Monde Arabe (IMA) entitled “Juifs d'Orient” to the more than two thousand year old history of the Jews in the Arab world.

The exhibition was made possible by the political climate change in the course of the "Abraham Accords" and the increasing relations between Israel and large parts of the Arab world. It was opened at the end of November by French President Emmanuel Macron. The vehement criticism of the historical exhibition about the Jews of the Arab world, who were expelled from their home countries between 1941 and 1967, was initiated on the initiative of the anti-Zionist campaign “Boycot, Divestment and Sanctions” (BDS). BDS has been classified as anti-Semitic by the parliaments of Germany, Austria and the Czech Republic, among others.

The signatories of the BDS letter criticize the participation of Israeli institutions in the IMA exhibition, including the Israel Museum. Numerous other institutes, museums and research centers from the USA, France, Great Britain, Morocco and Spain are also criticized. They have all provided the IMA with documents, manuscripts, photographs, paintings and other materials that illustrate the religious and cultural life of the former Jewish communities between Fez, Baghdad and Sana.

The letter directly addresses the Israeli academic Denis Charbit, member of the organizing committee of the IMA exhibition. Charbit reportedly welcomed the participation of Israeli institutions as a result of the historic peace agreements signed in 2020 between Israel and several Arab nations. In the eyes of the signatories of the letter, this is a “no-go”. You accuse the IMA of “betraying its intellectual mission” by “normalizing” and “standardizing” cooperation with Israel and portraying Israel as a normal state.

The signatories also accused the exhibition of “having appropriated the Jewish component of Arab culture”. In its response, the «Institut du Monde Arabe» stated that for years the aim had been to present the heritage of the Orient in all its diversity. The special exhibition in 2014 was dedicated to Islam, in 2017 to oriental Christianity and now they want to remember the Jewish culture of the Arab world.

Omar Barghouti, founder of BDS, then emphasized in an interview that the IMA would remain a target of the campaign as long as it worked with Israel. Barghouti warned the IMA that it would lose its credibility with the Arab public as well as with the personalities of Arab culture ». In contrast, the Israeli embassy accused the authors of the protest letter of wanting "to rewrite and forget the history of the Jews of the Arab and Muslim countries."

The «Institut du Monde Arabe» (IMA) was created in Paris from 1980 on the initiative of the then President Valéry Giscard d'Estaing and finally opened in 1987 under François Mitterrands under the building of the architect Jean Nouvel. The aim of the IMA is to promote understanding of the Arab world as well as cultural exchange and cooperation between Europe, France and the Arab world. In addition to France, today are Egypt, Algeria, Bahrain, Djibouti, Iraq, Yemen, Jordan, Qatar, Comoros, Kuwait, Lebanon, Libya, Morocco, Mauritania, Oman, the Palestinian Autonomy, Saudi Arabia, Somalia, Sudan, Syria, and Tunisia the United Arab Emirates member of the IMA.