U.S. and Israel will hold Iran talks amid stalemate in nuclear negotiations 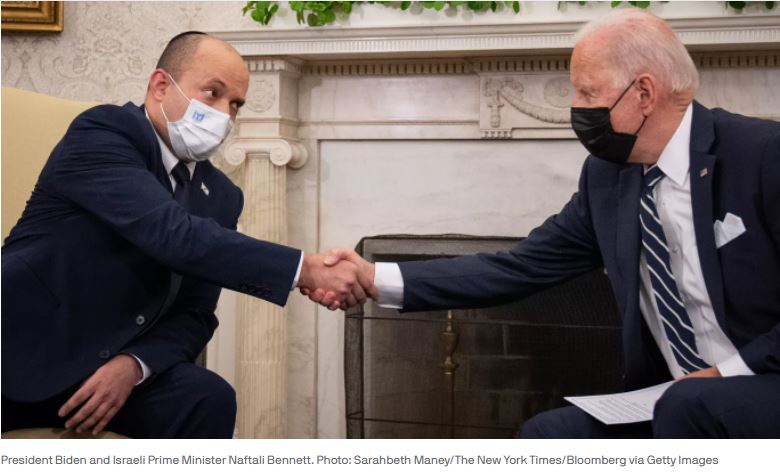 The U.S. and Israel will hold a new round of strategic talks this week focusing on the Iranian nuclear program and countering Iran’s activity in the region, Israeli and U.S. officials said.

Why it matters: The talks will take place amid a deep stalemate in indirect negotiations between the U.S. and Iran over reviving the 2015 nuclear agreement.

What they are saying: "I am sure that President Biden, who is a true friend of Israel and cares about its security, will not allow the IRGC to be removed from the list of terrorist organizations," Bennett said in a statement after the call.

Biden and Bennett have formed a personal relationship that enabled both countries to arrive at common positions on difficult matters, the White House wrote in a statement Sunday.

Flashback: The U.S. and Israel developed a working group, code-named “Opal” (Leshem in Hebrew), in the early days of the Obama administration. It was headed by the national security advisers on both sides.

What’s next: The Israeli Prime Minister’s office said Biden accepted Bennett’s invitation to visit Israel and told him he intends to do it in the coming months. The White House confirmed that in its statement.