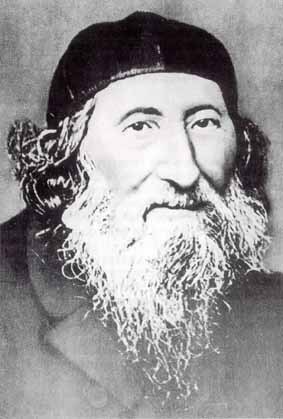 Kalischer's ideas concerning Jewish self defence and agricultural settlement foreshadowed those of modern Zionism. He travelled through Germany soliciting the aid of  wealthy and influential Jews in Jewish settlement projects.

Rabbi Kalischer, like Rabbi Alkalai, saw an intrinsic connection between the national aspirations of the Jewish people and the traditional messianic belief. He was greatly influenced by the emancipation of the Jews in France, Germany and Austria by Napoleon. These sometimes short-lived emancipation decrees were seen by Rabbi Kalischer as part  of the development of the Jewish people. However, he also saw in them 'hevei Mashiach - preparation for the coming of the Messiah. . Therefore, he viewed the developments of rising nationalism among the Jewish people as one of the first stages in the process of natural redemption, i.e., that process by which man himself would help bring about the beginning of redemption in which at least some Jews would return to Eretz Israel.

Kalischer apparently first expressed his Zionist ideas in a letter he wrote in 1836 to the head of the Berlin branch of the Rothschild family. He explained that the beginning of messianic redemption would be brought about by human effort and by the will of the governments to gather the scattered of Israel into the Holy Land. These notions, however, did not engage him seriously until 1860, when an otherwise unknown doctor, Hayim Lurie (Chaim Lorje), organized a society in Frankfurt on the Oder, the Colonization-Verein fure Paleastina,  to foster Jewish settlement in the Holy Land. Kalischer joined this group, along with Rabbi Yehudah Alkali and though the organization was short-lived and had no practical achievements to its credit, it provided him with the impulse to write his important Zionist work, Derishat Zion (“Seeking Zion”), which appeared in 1862. This  book, Drishat Tziyon veHevrat Erez Noshevet  was apparently  the first Hebrew book published in central and eastern Europe on the subject of modern Jewish agricultural settlement in the land of Israel.

Kalischer inspired the founding of several settlement societies, and in 1864 he was responsible for the establishment of the Central Committee for Settlement of the land of Israel in Berlin. Kalischer first interested the Alliance Israelite Universelle in aiding agriculture in Erez Israel, an interest which led to the opening of the Mikve Yisrael Agricultural School in 1870. In reply to the argument from various quarters in Palestine and Europe that conditions were inadequate for the establishment of agricultural settlements, he proposed that the settlers organize guard units whose members would combine farm work with defense against attack. Tirat Tzevi, a religious kibbutz in the Bet She'an Valley, is named for him.