British MP: bill to outlaw BDS will be presented 'in coming months' 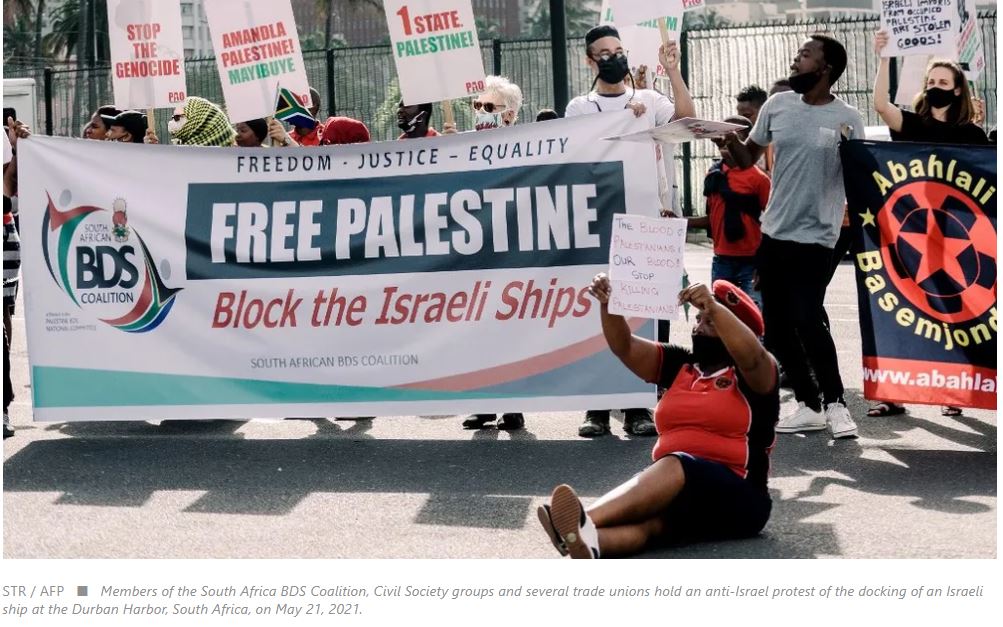 Robert Jenrick, a British Member of Parliament, claimed on Tuesday that a bill banning the Boycott, Sanctions and Divestment (BDS) movement will be presented in parliament in "coming months."

A member of Boris Johnson's Conservative Party and former secretary of state for housing, Jenrick made the comments during a panel on antisemitism at Australian Jewish philanthropist Albert Dadon's Leadership Dialogue 2021 (LDI) on Israel-UK-Australia relations online conference.

LDI is a "private diplomatic channel fostering closer cultural ties between Australia, the UK, and Israel."

During a conversation titled "Why Do So Many People Hate Jews?" Jenrick said, "I think we're beating BDS here. Today, there is no political party in the UK to support BDS, and this is becoming an increasingly fringe activity."

"What we want to do is pass legislation here, and I'm pretty confident it will be in the legislative program the spring of next year."

On its official website, the BDS movement, with its headquarters in Ramallah, says its goal is "to pressure Israel to comply with international law" through economic means.

Several countries and US states banned the BDS movement, opting to divest from companies that engage in the practice.

"There's a question of how broad that law can be, obviously I want it to be as broad as possible, so there's next to no avenue that BDS could continue," Jenrick said.

In 2019, an official from the Conservative Party, Eric Pickles, told a conference in Jerusalem that the new law would ban public agencies from working with those who boycott Israel in any way.

The Latest Target of BDS: A Palestinian Rapper