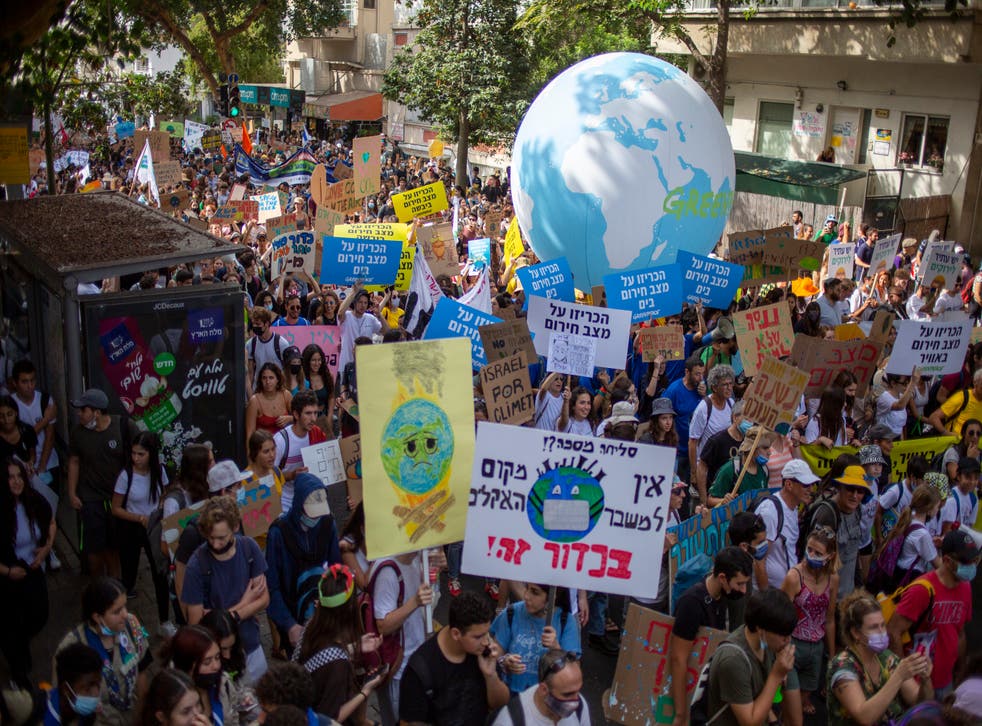 Prime Minister Naftali Bennett and Energy Minister Karine Elharrar agreed on Friday to raise the government's target for reducing emissions from a reduction of 85% to a new target of zero net emissions by 2050, with Bennett set to announce the change in policy at the UN Climate Change Summit (COP26) in Glasgow next week.

The USA, Canada, France, Australia, Germany, Ireland, Ethiopia and most of the other developed countries in the world have already announced a goal of reaching zero net emissions by 2050.

"The climate crisis affects all of our lives, as well as the lives of our children and grandchildren," said Bennett on Friday. "Israel is the nation of innovation, and it can contribute to the world from the talent and creativity that only we have."

"With the new goal, Israel stands alongside the developed countries of the world that are already working to achieve the goal of zero emissions, and reaffirms its commitment to the Paris Agreement and the international agreements on the subject," added the prime minister. "We are mobilizing for this global challenge, producing technological solutions and undertaking to achieve this important goal."

"We succeeded!" tweeted Environmental Protection Minister Tamar Zandberg in response to the announcement on Friday. "Despite the opposition, despite the skepticism, the State of Israel is joining the world and commits to zero net emissions by 2050."

"This is a challenging step, but it is required in the struggle of the State of Israel against the climate crisis," said Elharrar on Friday. "I am confident that a massive investment in innovation, changing energy consumption habits and removing barriers to the promotion of renewable energy will succeed in bringing us to attaining net zero greenhouse gas emissions by 2050. The Israeli government is committed to fighting the climate crisis for the future of our children."

In the announcement on Friday, the government announced a number of steps it would take to reach the new goal, including developing technologies to store energy from renewable energy sources for year-round use, the development of carbon capture capabilities, the promotion of green infrastructure, consumer education on saving energy and investments in research and development by Israeli entrepreneurs working in the field of green energy.

The announcement added that extensive staff work had been carried out in recent months in order to formulate an action plan for reaching the zero net emissions target by 2050. It is unclear, if this is the case, why the government originally announced a lower goal of only an 85% reduction.