Iran's regime is the source of the Israel-Iran conflict - opinion 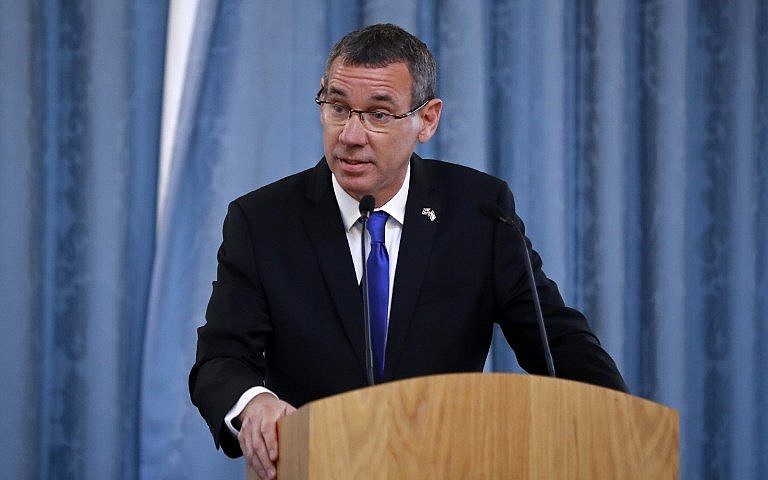 “It’s the regime, stupid,” and Israel cannot afford to let this regime get its finger anywhere close to a nuclear trigger.

In understanding the source of the Israel-Iran abyss it is perhaps useful to paraphrase James Carville’s famous adage from the 1992 US presidential election: “it’s the economy, stupid,” because it really is all about the regime.

I had the opportunity to visit the pre-revolution Imperial State of Iran. In the 1970s Tehran provided the best route to Israel from Asia. I flew from Melbourne to Hong Kong, Hong Kong to Tehran, stayed overnight in the Iranian capital, and after some sightseeing departed the next day for Tel Aviv.

Israel’s diplomatic mission in Iran was then headed by the legendary Uri Lubrani who oversaw a positive mutually beneficial relationship – my El Al LY112 Tehran-Tel Aviv flight just one public manifestation of that.

The regime declares that its nuclear program is purely for peaceful purposes, a contention repudiated by the documentary evidence from the Iranian nuclear archive seized by Israeli intelligence in 2018, and by the absurdity of the presumption that Iran’s clerical leadership was ahead of Greta Thunberg in appreciating the dangers of climate change. Why else would a regime with vast fossil fuel reserves choose to invest countless billions, and provoke international anxiety, to develop nuclear energy?

Moreover, most countries that utilize nuclear power do so without their own enrichment, there being no civilian requirement for such a capability. Enrichment is only a prerequisite if the goal is military, and Iran’s current levels of enrichment have no other logical explanation. Even the usually conciliatory E3 (Germany, Britain and France) recently stated that Iran’s 60% enrichment is “unprecedented for a state without nuclear weapons.” Yet Iran’s “right to enrich” was conceded in 2013 by the Obama administration at the opening of the US-Iran backchannel (concealed from Israel).

The common criticism of the Joint Comprehensive Plan of Action, the 2015 nuclear agreement, is that it ignored a set of vital issues: Iran’s missile program, support for terrorism and regional aggression. While factual, the critique, including that on the sunset clauses, can miss the core issue: the JCPOA never did what it claimed to do, it didn’t block Iran’s path to a nuclear weapon.

By allowing ongoing enrichment and continued centrifuge development, the agreement left the regime with an infrastructure in place to move toward a bomb at a time of its choosing. This is demonstrated today by Iran’s alarming proximity to military-grade fissile material, for while Donald Trump’s decision to pull out of the deal furnished the alibi, Barack Obama’s JCPOA enabled the capability.

Jerusalem would not be sad to see Iran’s theocracy collapse but does not advocate regime change, maybe having learned the lesson of overreach from the 1982 Lebanon War. Rather, Israel would suffice with a substantive shift in Iranian behavior. Such a policy transformation within a revolutionary regime is not impossible, the young Soviet Union offering historic precedent.

In the 1920s, Leon Trotsky was purged from the Communist leadership and with him the ideology of “permanent revolution.” Stalin advocated the theory of “socialism in one country,” providing the conceptual justification for Soviet state realpolitik with the outside world.

But even assuming that the lessening of Iran’s revolutionary fervor is inevitable, the question of the timeline remains: what will happen first, moderation of the regime’s behavior, or nuclear proliferation. Proponents of the JCPOA declared that it would help encourage the former by temporarily constraining the nuclear program, buying valuable time for enhanced international engagement to progressively erode the Islamic Republic’s radicalism.

In practice, the opposite occurred. Not only did the deal unsuccessfully address the nuclear question, but in the interim, the cash received from the lifting of sanctions fueled expanded belligerency.

Far from incentivizing moderation, the JCPOA empowered radicalism, the regime not forced to choose between better relations with the world and its revolutionary agenda. The Islamic Republic could have its cake and eat it too.

The Biden team acknowledges the JCPOA’s faults. Expressing a desire for a “longer and stronger” deal, the game plan was to return to the 2015 agreement and then negotiate a better one. Yet if sanctions are lifted in accordance with the original deal, it is questionable whether Washington will have the necessary leverage to press Iran to accept the enhanced demands of the proposed superior agreement.

Unfortunately, a bad outcome from the current Vienna talks appears all but certain, avoiding such a scenario seemingly based on the hope that extreme Iranian intransigence will prevent an agreement. But the regime deserves more credit than that, a “compromise” will be found allowing the West a face-saver but leaving the Islamic Republic with the infrastructure that makes the future construction of nuclear weapons possible.

Naftali Bennett has said Israel will only accept an agreement that forces Iran to effectively “give up its nuclear-weapon program,” stating that Jerusalem isn’t part of the Vienna talks and won’t be bound by them.

He has added that Israel will always retain its freedom of action, alluding to continued clandestine action to degrade Iran’s nuclear program as well as the possibility of a direct attack on its nuclear facilities.

There are those who think this is just Israeli bluff, that a military strike is of questionable efficacy because the Iranian program is both more dispersed and better protected than were the cases of Iraq (1981) and Syria (2007) where Israeli attacks destroyed those countries’ reactors.

Here the Iraqi precedent is instructive. At the time, Military Intelligence advised prime minister Menachem Begin against the Osirak strike, pointing to the many dangers, the Reagan administration’s opposition and that even following a successful attack it would only be a matter of time before the Iraqis reconstituted their program. But for Begin the risks of inaction outweighed the risks of the operation, and, in the end, Saddam Hussein never did get his atom bomb.

Like in 1981, Israel’s prime minister must always carefully balance the dangers of inaction with those of action. If the alternative is the Islamic Republic’s continued march toward a deployable nuclear weapon, Israel must be prepared to act.

Remember Carville. “It’s the regime, stupid,” and Israel cannot afford to let this regime get its finger anywhere close to a nuclear trigger.

The writer, formerly an adviser to the prime minister, is a senior visiting fellow at the INSS. Follow him at @MarkRegev on Twitter.