Israel to Stop Planting Trees With Start of Shmita Year 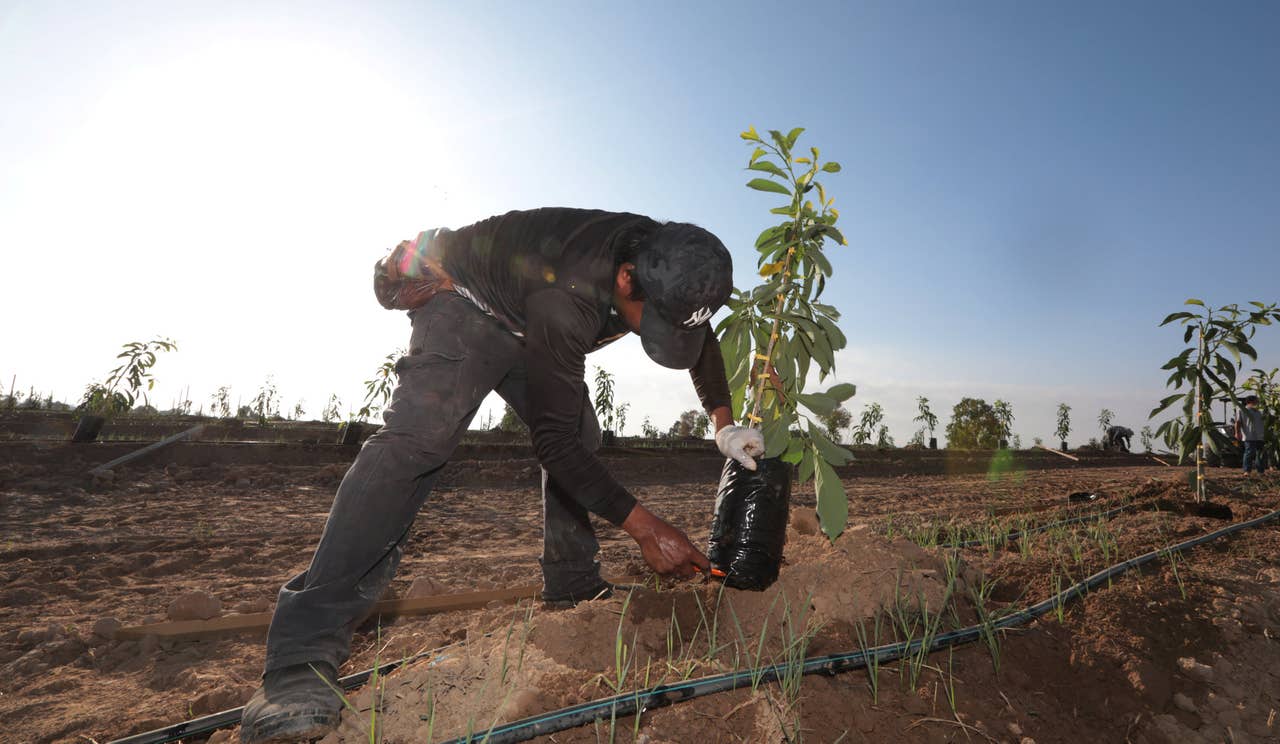 In era of climate crisis, activists decry ban on planting trees and shrubs as dictated by Jewish law

Rosh Hashanah 5782 / 2021 has ushered in a new shmita year. Shmita stems from a halachic requirement to let the land lie fallow for one year every seven. In Israel, this means that public institutions are now temporarily banned from planting trees, shrubs and flowers.

The ban will be observed by most local governments, government companies, the army and the Jewish National Fund.

But landscape architects and activists are urging that the ban be reconsidered, especially in urban areas. “In the era of climate change and global warming, it would be disastrous to stop planting,” said Shachar Zur, a landscape architect who teaches at the Technion.

Jewish law bans planting during the sabbatical year, the seventh year in a cycle, known as shmita in Hebrew. There are halakhic solutions to enable agricultural produce to continue being grown and sold, but they don’t apply to ornamental plants.

Haaretz found that many municipalities plan to refrain from planting during shmita. Of the 21 it queried, nine said they will observe shmita – Jerusalem, Haifa, Safed, Afula, Hadera, Lod, Ramle, Herzliya and Kfar Sava – while only one, Ramat Sharon, publicly said that planting will continue as usual.

Eight others refused to respond – Tel Aviv, Givatayim, Ramat Gan, Holon, Netanya, Rehovot, Ra’anana and Bat Yam. Most of them will in fact continue planting, but are afraid to say so publicly. Of the remaining three, Tiberias said it had reached an arrangement with rabbis to let non-Jews plant, Kiryat Shmona said it will plant in planters, and Be’er Sheva gave an ambiguous answer.

The JNF will stop all planting except when necessary to preserve state lands, which mainly means planting aimed at preventing Bedouin takeovers of land in the Negev.

NTA, the company building Tel Aviv’s light rail, will also stop planting, and has therefore sped up efforts to relocate trees in recent weeks. According to instructions issued by the Agriculture Ministry in conjunction with the Institute for Torah and the Land of Israel, relocating trees is permissible even during shmita, but only under strict rules that make the process more complicated. For instance, the tree must be planted in a closed container that separates its roots from the ground, and the container can be removed only after shmita ends.

This shmita year coincides with a boom in residential construction and infrastructure projects, all of which entail cutting down thousands of trees. But replacing them with new ones will have to wait a year.

Nevertheless, both NTA and the Jerusalem municipality said they had relocated the necessary trees prior to shmita, and therefore, the year-long hiatus wouldn’t delay their respective light rail projects. The latter added that if additional trees do need to be moved, this would be done in accordance with the Agriculture Ministry’s instructions.

Every year, shmita sparks major halakhic disputes over agricultural products. The heter mechira, a halakhic loophole that lets produce continue being grown and sold if the land is symbolically sold to a non-Jew, isn’t accepted by the ultra-Orthodox. But all Jewish authorities agree that there’s no loophole for ornamental plantings, and ever since the state’s establishment, most public agencies have observed this rule.

Nevertheless, Rabbi Eliezer Melamed, a leading religious Zionist rabbi, ruled six years ago that planting for infrastructure purposes could be permitted in certain cases if the planting couldn’t be done before shmita, as long as the gardeners aren’t Jewish.

This is possible, for instance, if a major road is being paved and trees must be planted beside it “to purify the air, prevent erosion and beautify it,” he wrote.

Zur and other landscape architects think that given the climate crisis and the importance of trees in urban spaces, municipalities should reconsider the shmita ban.

“Urban forestation is the most important tool for reducing urban heat islands,” Zur said. “If you tell me that now we have to stop for a year, I’ll tell you we’re completely crazy.”

“I respect tradition, but this is a matter of life and death,” he added. “Trees today are part of the infrastructure. This is infrastructure for thermal comfort.”

Another leading landscape architect who asked to remain anonymous agreed. “The idea of ceasing to plant trees in the era of climate change because of something archaic from history is wrong,” he said, adding that Tel Aviv had come up with “a reasonable interpretation that planting in the city isn’t agriculture and can therefore be continued.”

Shmita, he continued, is “an excellent example of the connection between politics and planning,” in that elected officials reliant on ultra-Orthodox voters maintain the status quo to avoid angering them. And people still haven’t grasped the dangers posed by climate change sufficiently for this religious opposition to be overcome, he said.

Yaacov Eilon, an agronomist and landscape architect, said he didn’t see why the heter mechira couldn’t be applied to all plants rather than only those slated for food, terming this distinction “hypocrisy.” Nevertheless, he added, many municipalities “planted for two years this year, so it’s not a big loss.”

Israel Galon, a former forestry official, agreed with him that over the long run, shmita doesn’t have a dramatic impact on tree-planting. “You plant a lot the year before and also the year after,” he said. “The problem today isn’t tree planting; nowadays, trees are planted in every public project. The problem is protecting existing trees. That’s the country’s most serious problem.”