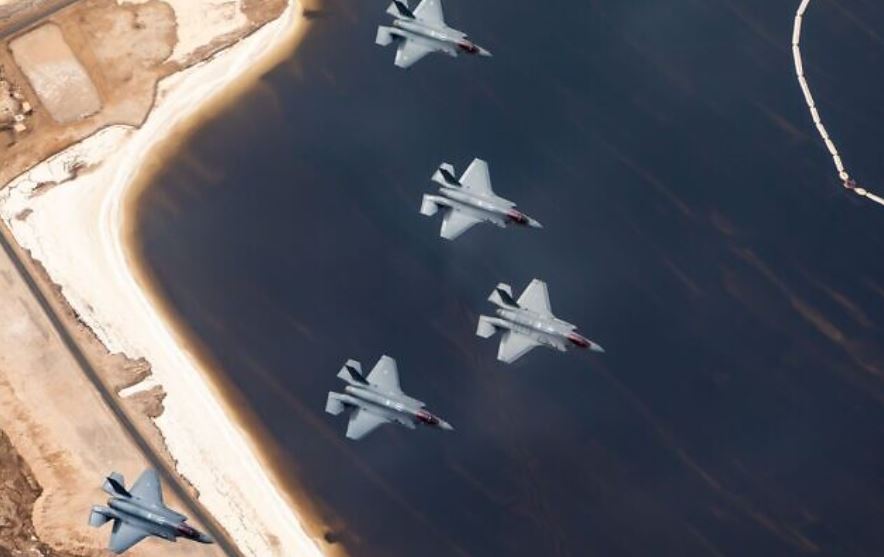 According to a statement by the Israel Defense Forces on Wednesday, the drill included “long-range flight, aerial refueling and striking distant targets.”

According to Channel 13 news, more than 100 aircraft — as well as navy submarines — participated in the drill that spanned some 10,000 kilometers.

The jets were refueled twice during the simulation, as they circled Cyprus and conducted mock airstrikes in Israel, the report said. Meanwhile, the elite helicopter search-and-rescue Unit 669 was on standby to assist pilots who may have needed to abandon their planes.

Earlier this month, The Times of Israel learned that the drill — as part of the military’s major Chariots of Fire exercise — would simulate a widescale strike in Iran, including against its nuclear facilities.

Chariots of Fire, which involves nearly all branches of the IDF, has been focusing on training for fighting on Israel’s northern borders, including against the Iran-backed Hezbollah terror group in Lebanon.

In light of growing uncertainty regarding a return by Iran to the 2015 nuclear deal amid long-stalled negotiations with world powers, the past year has seen the Israel Defense Forces ramp up its efforts to prepare a credible military threat against Tehran’s nuclear facilities.

At the beginning of last year, IDF Chief of Staff Aviv Kohavi announced that he had instructed the military to begin drawing up fresh attack plans against Iran. By September, Kohavi said the army had “greatly accelerated” preparations for action against Tehran’s nuclear program.

Still, defense officials estimate that while some aspects of the IAF’s strike plans, which are still in their early stages, could be ready within a short period of time, others would take more than a year to become fully actionable.

In addition to having to find ways to strike Iranian facilities that are buried deep underground, requiring specialized munitions and tactics, the IAF will have to deal with increasingly sophisticated Iranian air defenses in order to conduct such a strike. The air force will also have to prepare for an expected retaliation against Israel by Iran and its allies throughout the region.

The drill has also focused on preparing for and responding to such retaliation.

According to Channel 13 news, the US Air Force was supposed to serve as a complementary force with refueling planes during the drill. The IDF did not confirm the report, and the US Central Command denied it, saying “there is no direct US military involvement in that exercise.” A Pentagon spokesperson also denied the Department of Defense was “directly participating” in the drills, according to The War Zone online magazine.

On Tuesday, Defense Minister Benny Gantz visited another part of the Chariots of Fire drill taking place in Cyprus, which aims to simulate fighting against Hezbollah in Lebanon.

“The IDF is constantly preparing for operations and various campaigns, in various theaters, and will inflict a severe blow on anyone who seeks to threaten the citizens of the State of Israel,” Gantz said.

Among other things, the drills in Cyprus were simulating evacuating wounded troops by helicopter and dropping logistics equipment with heavy transport squadrons, according to the IDF.

The IDF said the exercises would be carried out in various terrains, including urban and rural areas in mountainous terrain that resemble Lebanon.

The Chariots of Fire drill — scheduled to last through June 3 — is the military’s largest exercise in decades.

Military officials said it is aimed at raising the competence and readiness of troops and top brass for war on multiple fronts, as well as coordination with other emergency organizations, local authorities, and government ministries.

Amid global anger, Israel says it will investigate police assault on funeral