Israeli basketball: A tale of two coaches for two cities 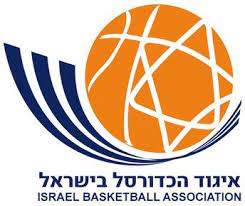 The yellow-and-blue brought in a face that has been associated with the team since the 1990s in Oded Katash, who came onto the scene as one of the generational talents in Israeli basketball, even earning a place in the NBA which unfortunately never panned out.

Over in the capital city, one of the most colorful characters to roam the sidelines in Serbia, Aleksandar Dzikic, will take over the Reds’ reins, and he is known to be one who can squeeze the last drops of lemonade from a lemon.

After a disastrous season in which Maccabi came up empty in league and cup play under Ioannis Sfairopulos, who began the season, and Avi Even, who mercifully ended it, a change at Maccabi was in the cards.

But very quickly, Tel Aviv saw that its number one target Spaniard Xavi Pascual was not going to find his way from Zenit St. Petersburg to the Holy Land and the Euroleague outfit understood that the coaching market was quite thin.

With very few foreign candidates available, management decided to make a move that surprised many in appointing legendary coach David Blatt as the chairman of the professional committee and as a consultant in order to get the boat back afloat.

With the committee of sporting director Nikola Vujcic and head of scouting Even, Blatt was able to steer the ship toward someone who he not only knows extremely well, but someone who he trusts in Katash.

Along with a proven coaching track record, Katash was always able to put Blatt’s son Tami in the best position to succeed, whether it was with True Player, or coaching at Hapoel Jerusalem and the Israel National Team.

Sure, Maccabi could have brought in Katash back in the winter when Sfairopulos was relieved of his duties, but at that time the club was only willing to offer the one-time prodigy a contract to finish out the season in order to keep the options open. Katash himself referenced that in his introductory press conference, noting things just didn’t work out and it wasn’t the right time.

Now, Katash said, is the right place at the right time for him to make his return to the Yad Eliyahu bench, a place that he is familiar with after having been in charge of the yellow-and-blue for roughly six months when as head coach back in 2007.

A much younger and greener Katash had nowhere near the same experience that he has now. Among the highlights are winning the 2010 Israeli league title with Hapoel Gilboa/Galil over Maccabi in 2010, leading Hapoel Eilat to success and honing his own skills down south by the Red Sea while also guiding Hapoel Jerusalem to back-to-back State Cups in 2019 and 2020.

Katash still wasn’t able to take the Reds to the league finals in those two full seasons as bench boss, which saw the 2019 campaign end in the semis against Rishon Lezion without an injured Chris Johnson. The following year, Jerusalem once again succumbed to Rishon and Adam Ariel’s crazy corer three-pointer as time expired as the club was also without some of its top stars in J’Covan Brown and TaShawn Thomas who left the country due to COVID-19.

As someone who covered Katash’s time in Jerusalem, there is no question that the experience gained was second to none. He became a true player’s coach as ballers love to hoop for him. He is straight and honest with those around him and this is also critical when he has to be as he pulls no punches.

However, Katash understands that the Euroleague and a team like Maccabi are not anything like Jerusalem or Eilat, but much similar to Panathinaikos, where he coached the final half of the 2020/21 season. He admitted that there were some things that he learned and saw during his time in Greece that will help him back in yellow-and-blue.

For Katash to succeed it will ultimately come down to adjustments, which is what he saw first hand at the OAKA Arena in Athens, and that is something that he needs to work on with Maccabi. In-game adjustments will be critical in ensuring that his time at Yad Eliyahu will be fruitful – not just coming in with a game plan that he won’t veer from, which is something he had done in the past.

But Katash will also need players who can play his style of basketball and that fit into his philosophy as a coach.

Should he not get the correct players he will also struggle in implementing his way on both offense and defense, as he so eloquently explained when he met the media. That is also true for the staff around him that he is still in the process of putting together.

If Katash receives the backing from the professional committee, which certainly looks likely due to Blatt’s involvement, then he will have a chance to do some great things. If not, then Katash’s time will be as difficult as it was the first time around, a decade and a half ago.

With everyone hopefully on the same page, Katash who is Maccabi’s first Israeli coach appointed at the start of the season since Erez Edelstein was back in in 2016, will thrive and as he commented do some great things and bring plenty of excitement to Yad Eliyahu.

Over in Jerusalem, Dzikic is tasked with turning around a team that has ultimately been an afterthought since Katash left during the winter of 2021.

The appointment of Danius Adomaitis was met with great hope by management, leading to owner Eyal Homsky saying what a great hire it was and predicting that he will bring the club a championship. But just a couple of short months later, assistant coach Yonatan Alon was named as interim to replace the Lithuanian bench boss and Jerusalem quietly ended another season in disappointment.

Oren Amiel was next in line for the Reds as expectations were high for the Israeli, who had been in charge of one of the more successful teams in Eastern Europe in Nymburk.

But truth be told, the Czech League was nowhere near and up to par with the Israeli league and the tactician was quickly overwhelmed and out of work in the capital city. In came sports director Yotam Halperin, who had mixed results in continental competition and league play, ultimately coming up short against Holon in a best-of-three semifinal series.

While the talk on the street was that it was up to Halperin to decide himself if he would stay on or go back to his front office job, Jerusalem swooped in and surprised many by snagging Dzikic, who was not given an extension by Buducnost.

There is no question that Dzikic has one of the best basketball minds out there and has collected a trophy case that can rival some of the best, but it will still be a test to see how he will be able to do in Jerusalem, which just like Maccabi will need to give him to ability to succeed.

Dzikic will give his utmost to the team, club, city and provide all of the color that he has done for years as he took teams with minimal budgets to great accomplishments. But his time at Estudiantes was a relative disaster as he was let go midway through the 2019/20 season with only four wins in 18 games in a campaign that saw the team finish in 18th place.

Both Jerusalem and Dzikiv can’t afford a season like that in the capital. The Reds need to become a power as they had once been and while they finished the regular season in first place, in a season where no team really stood out in the regular season, they went out with a whimper as it was clear they had plenty of deficiencies.

CEO Guy Harel and owner Eyal Homsky will look to bring the glory back to the Pais Arena, but they had tremendous issues getting fans in the seats for elimination games, playoff games and especially regular-season games. Jerusalem desperately needs to get off to a good start and build off the momentum.

Dzikic has said that he is an expert in getting the most out of a low-budget team and his style of play when it comes down to it is to win games by maximizing his players’ strengths. He will need to be able to do both of those things to succeed and bring the buzz back to Jerusalem.

As the offseason extracurriculars get underway, both Maccabi and Jerusalem know full well that the next few weeks may determine their respective upcoming seasons. They can bring in exciting names, well-known names and no names but at the end of the day, the name of the game is to win.

And that is what both fan bases expect. To see Hapoel Holon beginning to steal both franchises’ thunder by winning the league title against Bnei Herzliya should have set the alarm off.

We will find out soon enough if they actually heard it.