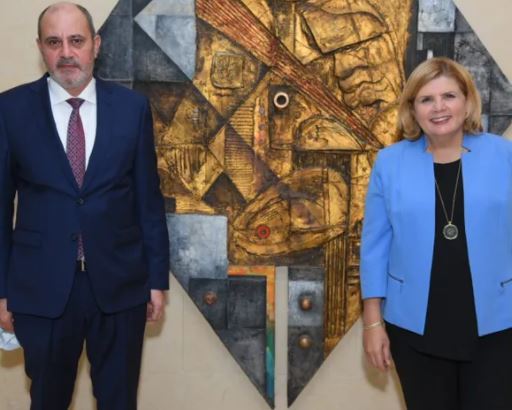 The first meeting in more than a decade between Israel and Jordan's economic ministers took place in Jordan on Wednesday, according to a statement from Israel's Economy Ministry.

Israel's Economy Minister Orna Barbivai and Jordan's Minister of Industry, Trade and Supply Yousef AlshamaliIi signed an agreement to expand future caps on products that Jordan may export to the Palestinian Authority.

"The trade benefits agreed upon today between the Israeli government and Jordan are an important dimension in the strengthening of diplomatic relations between the two countries," Barbivai said. "Deepening civilian and economic ties contributes to bilateral relations, national security, and the protection of Israel's longest and most quiet border."

Israel signed a peace treaty with Jordan in 1994.

Relations have been warming between the two countries since the new government led by Prime Minister Naftali Bennett was sworn in this past summer.

As an example, last month Israel's Energy Minister Karine Elharrar and Jordan's Water and Irrigation Minister Mohammed Al-Najjar met in Jordan for the signing of the agreement of the Joint Water Committee for Israel and Jordan (JWC).

Ministers gathered for the signing ceremony of the agreement that anchors the doubling of Israel's annual water supply to Jordan for the coming year with the possibility of an additional year.

UK to designate all of Hamas as a terrorist organisation