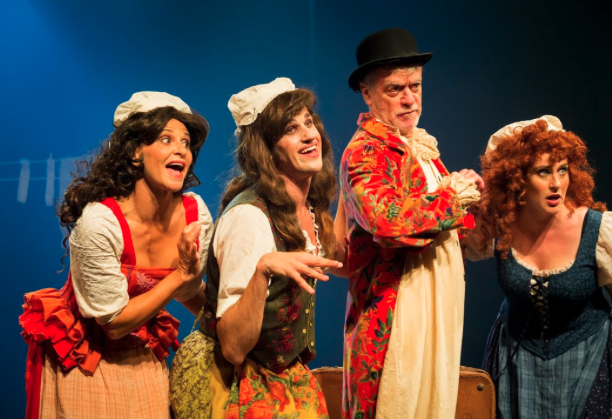 Zappa and Keshet are creating daily concerts, while theaters are digging into their archives to provide hours of online shows

In the ultimate of intimate performances, Idan Raichel sat at the piano in the Zappa Herzliya club on Saturday night in front of about 200 empty seats.

“No one’s here, and yet so many are here,” said Raichel.

The audience was there: about 55,000 people were watching the live-streamed performance online.

The concert was part of Zappa Live, an initiative put together late last week by Zappa Group, which functions as a concert promoter and operates a string of music clubs around the country, and the Keshet Media Group.

With hundreds of festivals, concerts, plays and performances postponed or canceled for the duration of the coronavirus crisis, artists and producers are getting creative in finding ways to entertain audiences online.

It’s an effort that’s happening worldwide. Broadway is offering streaming of 15 plays (with new ones added all the time), the Metropolitan Opera is streaming a different opera for free every day, and many Israeli institutions are taking similar initiatives.

The closure is yet another hardship for audiences and performers, but the online platforms offer at least a partial solution.

“This reaches our audience in real time,” said Itay Dankner, Keshet’s programming manager. “Having partners like Zappa meant we could make this happen quickly and efficiently.”

Since the start of the initiative, a number of performers are recorded daily at the Zappa club in Herzliya, with one live show shown each night at midnight. Keshet and Zappa are broadcasting three to five live performances by Israel’s biggest musicians every day on the Keshet websites, Mako and N12, as well as Facebook.

“We hope to reach as many viewers as possible,” said Dankner. “The artists want to be part of this, and that feels really good. They want to do something good in this very difficult time.”

Singer and guitarist David Broza posted on Facebook that he’ll be offering recordings of his songs every day, from each of his 44 albums.

There are theater options as well.

Tel Aviv’s Cameri Theatre is offering full plays on YouTube from its archives, beginning with “Scenes from a Marriage,” an hour and 44 minutes of drama.

At the Tzavta theater, there is a host of options on ist YouTube channel, including opera singers performing songs of poet Natan Alterman.

Jerusalem’s Khan Theatre announced on Facebook that it’s also opening its archives in order to help everyone get through the crisis, starting with “Napoleon — Dead or Alive.” It’s also asking audiences to let it know what they’d like to see.

The Beersheba Theater is offering full plays on its Facebook page, starting with Shakespeare’s “Much Ado About Nothing,” Chekhov’s “The Cherry Orchard” and several others.

Children’s theaters such as Orna Porat and Hashaa Theater have uploaded multiple full plays to their YouTube channels to entertain the younger generation.

Other performances and theaters are still figuring out how to handle their events, as each day passes.

“It was crazy, we got a really big response,” said choir member Natan Skop.

“I’m glad that there’s a larger implication of stepping up to the plate as well because there’s a need for activities from bigger places like the Met, but also others making stuff available,” said Skop.

Skop, who also co-founded Theater in the Rough, a Jerusalem theater group that produces Shakespearean plays each summer in Jerusalem’s Bloomfield Gardens, is also thinking about doing a community-wide Shakespeare play reading, with an online chat.

After all, he said, Shakespeare wrote “King Lear” while in quarantine for the plague.

Innovation in Israel: Between Politics, Society, and Culture

Tel Aviv from A to Z