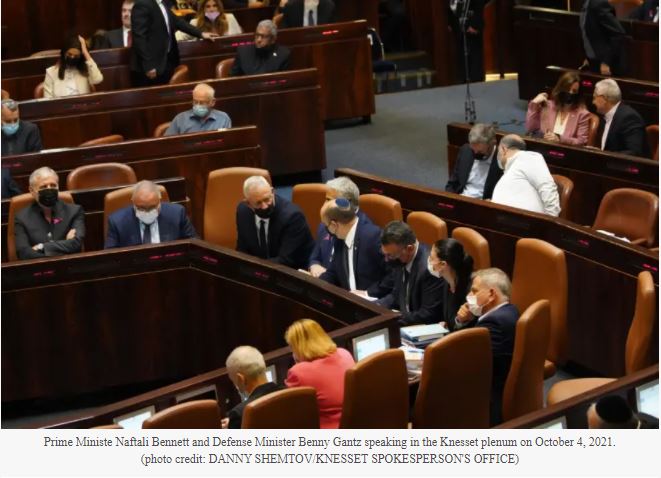 The bill's sponsor MK Zvi Hauser said he was surprised to find out that unlike parliaments around the world, the Knesset had not adopted the IHRA decision.

A proposal submitted over the weekend would require the Knesset to adopt the International Holocaust Remembrance Alliance (IHRA) definition of antisemitism.

The IHRA working definition has been adopted by 35 countries, at least a dozen American states, the European Union Parliament and more than 1,000 organizations and universities worldwide. It was formally endorsed by the government of Israel in 2017 but never by the Knesset.

“Antisemitism is a certain perception of Jews, which may be expressed as hatred toward Jews,” the definition states. “Rhetorical and physical manifestations of antisemitism are directed toward Jewish or non-Jewish individuals and/or their property, toward Jewish community institutions and religious facilities.”

Along with the definition, 11 examples of antisemitism were published by IHRA, some of which have to do with Israel, including “applying double standards by requiring of it a behavior not expected or demanded of any other democratic nation” and “denying the Jewish people their right to self-determination” by “claiming that the existence of a State of Israel is a racist endeavor.”

The proposal’s sponsor, MK Zvi Hauser (New Hope), said he was surprised to find out that unlike parliaments around the world, the Knesset had not adopted the IHRA decision. He said the Knesset agreed unanimously Thursday night to deal with the matter.

“I expect the proposal to pass by a wide margin,” Hauser said.

Former MK Michal Cotler-Wunsh, who has been a proponent of the IHRA definition for many years, said it was very important for the Knesset to adopt it, especially when antisemitism is rampant around the world. A candidate for chair of the Jewish Agency, she noted that the definition includes the demonization, delegitimization and double standards against Israel.

“Israel, the Jewish and democratic nation-state of an indigenous people, returned to its ancestral homeland, founded upon foundational principles anchored in the Declaration of Independence, [and] has tremendous ability and responsibility to hold and demand its violators be held accountable,” she said.

“Its officials, members of government and parliament, must recognize the opportunity, and be able to utilize formal and informal opportunities to engage with counterparts worldwide, highlighting the imperative to address worrying increasing displays of antisemitism,” Cotler-Wunsh said. “The IHRA is a critical tool to that end, as in order to identify and combat antisemitism, it must first be defined.”

But one former MK who asked not to be named expressed skepticism that the bill could be implemented by the Knesset.

“MKs violate IHRA by demonizing Israel and holding it to double standards every day,” the former MK said.