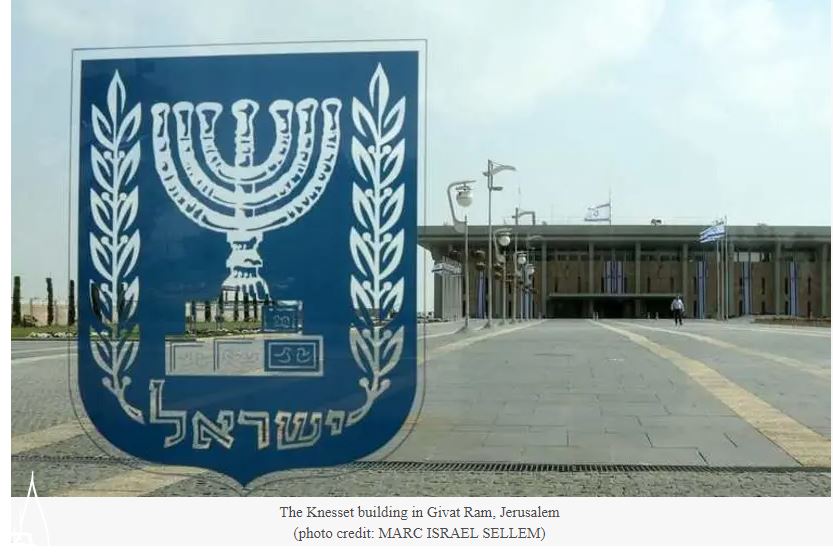 The Knesset will celebrate its anniversary with a historical art exhibit, virtual meetings with Diaspora leaders and panels following the theme of "Diverse Opinions - One Knesset."

With the shadow of the Omicron wave sweeping the country looming over, the Knesset, Israel's Jerusalem-based legislative body, will celebrate its 73rd anniversary on Monday.
The original plans for the Knesset's anniversary were much more extravagant, but due to COVID-19, Knesset Speaker Mickey Levy was forced to scale this year's celebrations down a notch.
The plans included, among many other activities, a flyover of four Israeli Air Force (IAF) fighter jets; massive empty walls intended to be used as blank canvasses for graffiti artists; reenactments of Knesset discussions and committees that have gone down in history; and even cooking contests between MKs, hosted by famous Israeli chefs.
However, due to the large numbers of COVID-19 infections per day in Israel, with a sizable number of MKs and ministers also testing positive, this year's celebrations will be quite modest, despite the lavish nature of the original plans.
So, with most activities cancelled, how will the Knesset celebrate its 73rd year of existence?
Celebrating under the taglines of "Common Good" and "Diverse Opinions - One Knesset," Levy noted that despite coronavirus, it was important to "celebrate the holiday of Israeli democracy by spreading a message of unity across the political spectrum."
The celebrations will start on Monday morning with virtual tours of the Knesset building in Jerusalem for Israeli students of all ages and the wider audience. In addition, a media panel hosted by Labor MK Ibtisam Mara'ana-Menuhin will be held in the Government Press Office (GPO) studios.
Following the media panel, a number of discussions between pairs of MKs, from both the coalition and the opposition, will be held under the "Common Good" tagline.
The celebrations will reach their climax with a unique art exhibit taking place at 2:30 p.m. local time, depicting famous quotes uttered by Israel's pioneers in the historical building. The exhibit, made in cooperation with several museums from all across Israel, will surround MKs as they enter the Knesset building.
The Knesset will gather in the plenum at 4:00 p.m. local time for words from the Knesset Speaker, Prime Minister Naftali Bennett, Alternate Prime Minister Yair Lapid and opposition head Benjamin Netanyahu.
However, President Isaac Herzog, who was also set to give a speech, will not attend due to the death of his mother Aura Herzog last week. Supreme Court President Esther Hayut will be in attendance for the various speeches given in the Knesset plenum.
Finally, the celebrations will close with a series of virtual roundtables between MKs and leaders of Jewish communities in the Diaspora, held in collaboration with the Jewish Agency.

How much do you know about Tu B'Shvat? Try our Quiz!