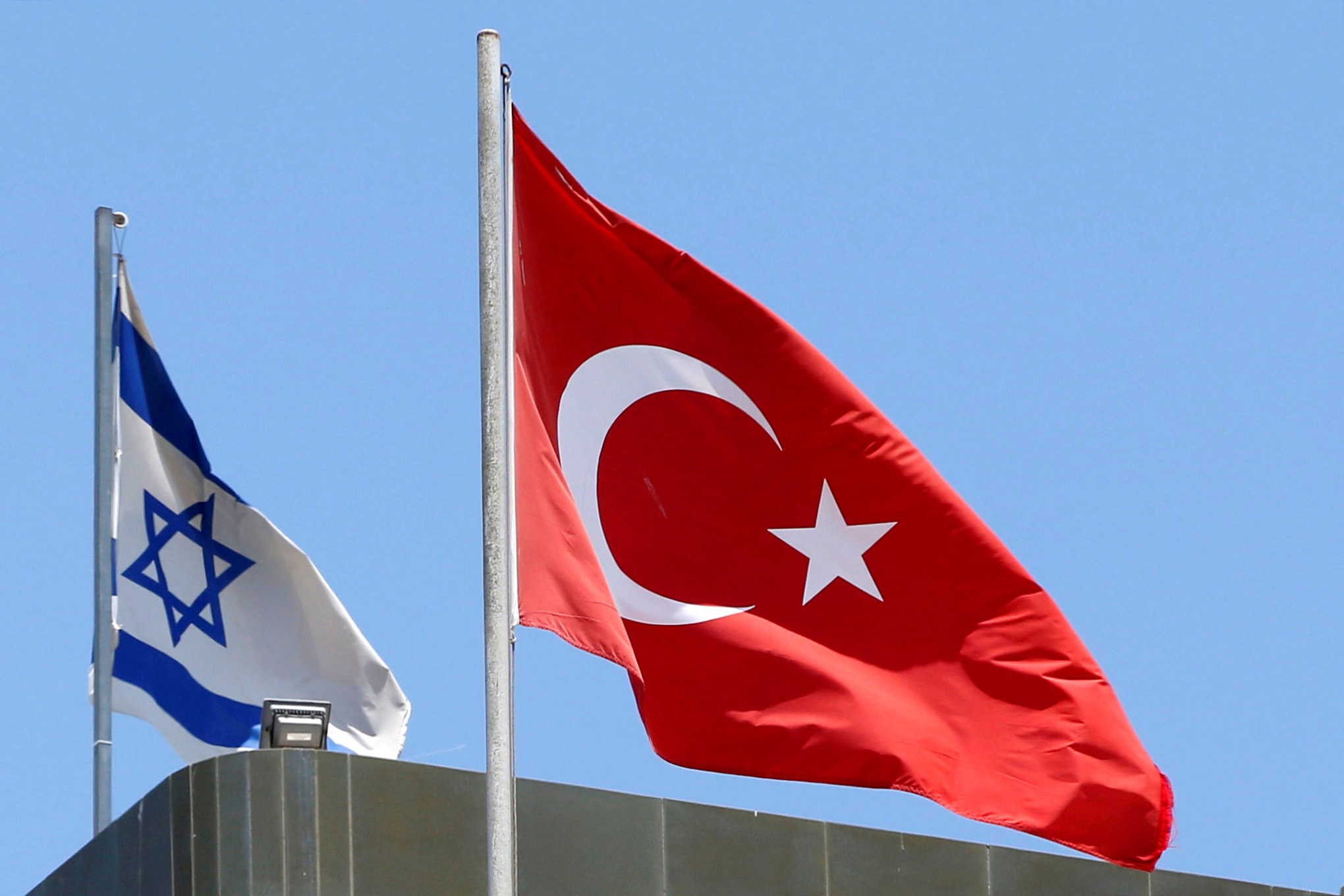 Ankara seeks to revive the idea of bringing Israeli natural gas to Europe via Turkey, but the prospect of cooperation remains doubtful

Israeli President Isaac Herzog’s historic trip to Turkey and landmark meeting with Turkish President Recep Tayyip Erdoğan were all smiles and promises. Both leaders said their countries had much to gain from improving bilateral relations, and yet the gaps and the suspicions remain. What needs to happen on the ground to allow for a genuine revival of the once cozy relations between the two countries?

The red carpet at Erdoğan’s palatial Presidential Complex in Ankara had not yet been rolled back when Turkish newspapers reported that Fatih Dönmez, the county’s energy minister, would soon visit Israel to discuss future cooperation in the energy sphere.

Since the beginning of 2022, Erdoğan has hinted that relations with Israel might significantly improve very soon. His rhetoric has connected the restoration of ties to a revival of the idea of bringing Mediterranean gas from Israel to Europe via Turkey. In 2016, Turkey and Israel discussed ways to import Israeli gas to Europe. But the negotiations quickly collapsed due to Turkey’s sharp criticism of Israeli policies in the Gaza Strip and east Jerusalem.

In December 2018, Israel, Cyprus, and Greece struck the EastMed pipeline agreement to transport gas from the Eastern Mediterranean to Europe, helping EU countries meet their aim of reducing their energy dependence on Russia. Turkey was an ardent critic of the EastMed deal, and when Washington earlier this year withdrew its support from the project, Ankara said it was never viable or realistic.

Even before the visit, there were statements coming from Turkey about common projects in the sphere of energy. … Nevertheless, the Europeans will still be concerned about hurting the Cypriots and, at the end of the day, Europe is interested in switching from gas to renewable energy.

Gabi Mitchell, an expert on Eastern Mediterranean energy and geopolitics and director of undergraduate studies at the University of Notre Dame at Tantur, told The Media Line that although the Turks are eager to promote projects in the sphere of gas with Israel, the prospects of such cooperation are and always were doubtful.

“Even before the visit, there were statements coming from Turkey about common projects in the sphere of energy. In 2016, the two sides agreed to discuss this issue. The talks finally failed in 2018. The Turks and the Israelis said they couldn’t agree on costs, but for Israel, there was also a concern about bypassing Cyprus,” said Mitchell. “The situation is not much different today, even if the EU is experiencing an exceptional situation and we might potentially witness a change of direction due to the current crisis in the energy sphere. Nevertheless, the Europeans will still be concerned about hurting the Cypriots and, at the end of the day, Europe is interested in switching from gas to renewable energy. Of course, there are also other available options on the market.”

Presidential elections in Turkey are scheduled to take place on or before June 18, 2023. Over the past few years, Turkey experienced a severe financial crisis. Criticism against Erdoğan grew significantly as the prices of food staples and oil soared and the government seemed unable to cope with the COVID-19 pandemic.

Mitchell believes that while Erdoğan is eager to show results and achievements during an election year, Israel should weigh all the pros and cons carefully and not rush into potentially risky commitments.

“First of all, a lot of Israeli liquid natural gas is supplied to Turkey through Egypt. We already provide for some of their needs. Also, Israel will need some time to realize the volume of normalization of relations. The elections are next year. For now, Israel can afford to wait and see who will run Turkey and how relations will develop,” he concludes.

Will Erdoğan drop Hamas for Israel?

Both Hamas and Islamic Jihad – two Palestinian terrorist organizations –condemned Herzog’s visit to Ankara, but Hamas leaders refrained from explicitly criticizing Turkey over the visit. Hamas political bureau deputy head Saleh al-Arouri and other top figures in the organization operate from Turkey. Many moved there from Damascus when the civil war broke out. A joke making the rounds in Gaza this week had it that if Erdoğan were to expel Hamas leaders from Turkey, they would have to search for a home on another planet. The experts warn, however, that despite the rapprochement with Israel, the Turkish president’s policies vis-à-vis Palestinian Islamists remain unchanged for now.

According to some in the Turkish media, Erdoğan has secured better relations with the Emirates, the Kingdom of Saudi Arabia, Egypt, and Israel without changing his core policies on Hamas and the Muslim Brotherhood at large

“According to some in the Turkish media, Erdoğan has secured better relations with the Emirates, the Kingdom of Saudi Arabia, Egypt, and Israel without changing his core policies on Hamas and the Muslim Brotherhood at large,” Dr. Assa Ofir, a historian of the modern Middle East and an expert on Turkish affairs, told The Media Line. “Some of the media continue to spread antisemitism and incitement against Israel. Ramadan, the Muslim month of fasting, will start on April 1 in close proximity to two Jewish holidays – Purim and Passover – and the tensions in Jerusalem, the West Bank, and Gaza might grow. How will Turkey behave in case of another flare-up between Israel and the Palestinians? Will it slide back into its familiar anti-Israeli rhetoric or stay away? This Ramadan will present an opportunity to test the revived relations between the two countries,” Ofir said.

So, while the politicians were hailing a “turning point” in Turkish-Israeli relations, many questions remain unanswered for now, and many potential bumps in the road could be just around the corner. But it seems that after more than a decade of hostility, there is now political will on both sides to allow some space to work out problematic issues and regain some of the trust that was lost years ago.

Singapore to open embassy in Israel after 57 years of ties, in sign of Abraham Accords’ spillover effects

U.S. and Israel will hold Iran talks amid stalemate in nuclear negotiations