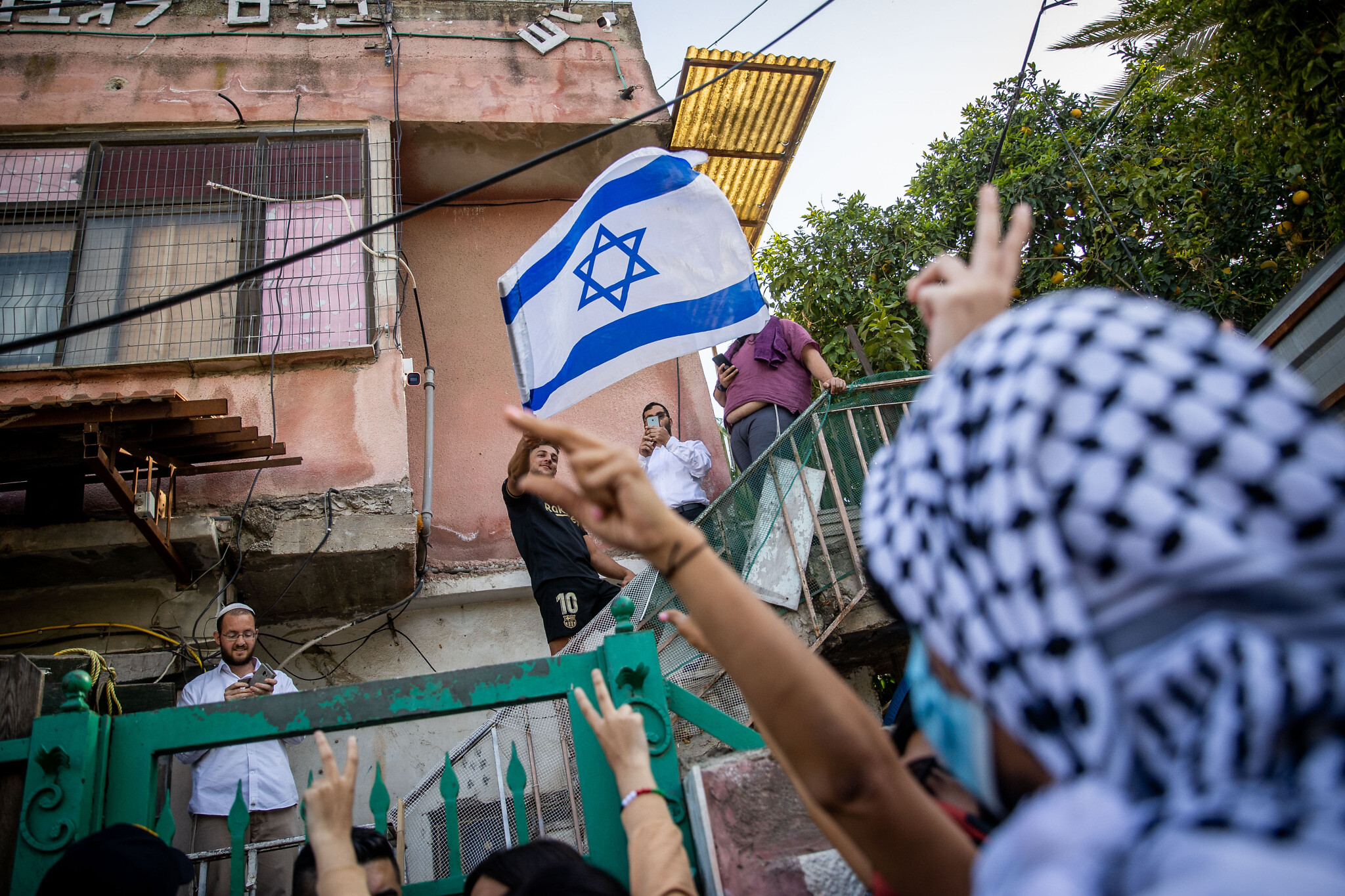 The four Palestinian families at the heart of the case have faced pressure from all sides not to take the compromise, which would have allowed them to stay as protected tenants

Palestinians in the East Jerusalem neighbourhood of Sheikh Jarrah on Tuesday rejected a compromise proposed by Israel’s Supreme Court that could have seen them stave off the threat of eviction for over a decade.

“The Israeli judiciary is circumventing its obligation to issue a final decision, and is making us choose between dispossession and submitting to an unjust agreement,” said Sheikh Jarrah resident Muna al-Kurd, one of the Palestinians threatened with eviction, at a press conference in the neighbourhood's main street.

“We won’t allow Israel to market itself as a ‘just occupation’ at our expense,” al-Kurd added.

The legal battle between Palestinian residents and Nahalat Shimon, the Jewish group seeking to evict them, has drawn an international media firestorm. The planned evictions in Sheikh Jarrah were a key flashpoint in the leadup to the 11-day May conflict between Israel and the Hamas terror group in the Gaza Strip.

A lawyer for Nahalat Shimon did not respond to requests for comment. Publicly available filings indicated that the group had also submitted a response to the court, though its content has not been published.

The four Sheikh Jarrah homes under discussion were built on land owned by Jews before the 1948 Israeli War of Independence, when they were seized by Jordan and leased to Palestinian families. After Israel captured the area in the 1967 Six Day War, a 1970 Israeli law transferred all abandoned properties still held by the Jordanian government, including the Sheikh Jarrah homes, to the custody of the Israeli government.

The law further obligated the release of properties to the original owners when possible. The Jewish trusts that owned the site appealed for its return to their hands, sparking decades of legal battles with Palestinian residents who vowed to stay put.

In late April and early May of this year — as a potentially definitive court date approached — Sheikh Jarrah became a battleground. The neighborhood saw repeated clashes between Israeli riot police and Palestinian demonstrators. The spiraling tensions contributed to the escalation in Jerusalem that touched off the war between Israel and Hamas.

According to Ir Amim, a left-wing human rights group focusing on Jerusalem, around 200 families in East Jerusalem are under similar threat of eviction, with cases slowly moving through administrative bodies and Israeli courts.

Palestinian residents of the East Jerusalem neighborhood of Sheikh Jarrah and European diplomats attend a hearing regarding their eviction from their homes at the Supreme Court in Jerusalem on August 2, 2021. (Yonatan Sindel/Flash90)

In early October, the Supreme Court published a compromise proposal: The Palestinians would be allowed to remain as protected tenants and Nahalat Shimon would be provisionally recognized as the owner of the land on which the homes were built.

Under the compromise, the Palestinians would pay NIS 2,400 ($763) in annual rent to Nahalat Shimon. Palestinian residents would also have to pay some of Nahalat Shimon’s legal fees, which the court set at NIS 30,000 ($9,308).

The Palestinians, who see the homes as rightfully theirs, have refused to recognize Nahalat Shimon’s ownership of the homes. The Jewish organization has said that it will not agree to any compromise in which Palestinians do not acknowledge their ownership.

The High Court had sought to find a middle ground: Nahalat Shimon would be recognized as the owners. But the Palestinians would not forfeit their right to seek to have the question of ownership reopened by the Justice Ministry, as their attorneys have long sought.

The court’s compromise would have specifically given Palestinians extra protections beyond the letter of the law. Protected tenancy can be stripped for various reasons — such as urban renewal projects or should residents make changes to the homes. The deal specifically ruled out evicting Palestinians for those reasons.

Moreover, Nahalat Shimon would pledge not to initiate any legal proceedings that could evict the Palestinian residents for at least 15 years, or until the struggle over the property’s ownership had been independently resolved.

The compromise offer split the Palestinian families, who were unable to reach a consensus for weeks.

“There were extensive discussions. We’ve spent a month talking it over, every single day. Now we’ve reached a decision to reject it,” said Abdelfattah Eskafi, one of the Palestinians threatened with eviction.

Palestinians and left-wing activists protest against the eviction of Palestinian families from their homes in the East Jerusalem neighborhood of Sheikh Jarrah, on April 16, 2021. (Yonatan Sindel/Flash90)

Residents faced overwhelming external pressure to reject the deal, with both the Palestinian Authority and Hamas decrying the proposal.

Hamas chief Ismail Haniyeh held a phone call with the Sheikh Jarrah families last week calling on them to refuse the proposal.

“We will not allow the occupation courts to extract by trickery what they were unable to extract in a war. You do not need to deal with their offers, as they are an illegal entity on our land,” Haniyeh said, according to his office.

Opinion: it was Hamas — not Israel — that committed war crimes last May