Student Voices: Why I think the UCL Students’ Union has Anti-Israel bias 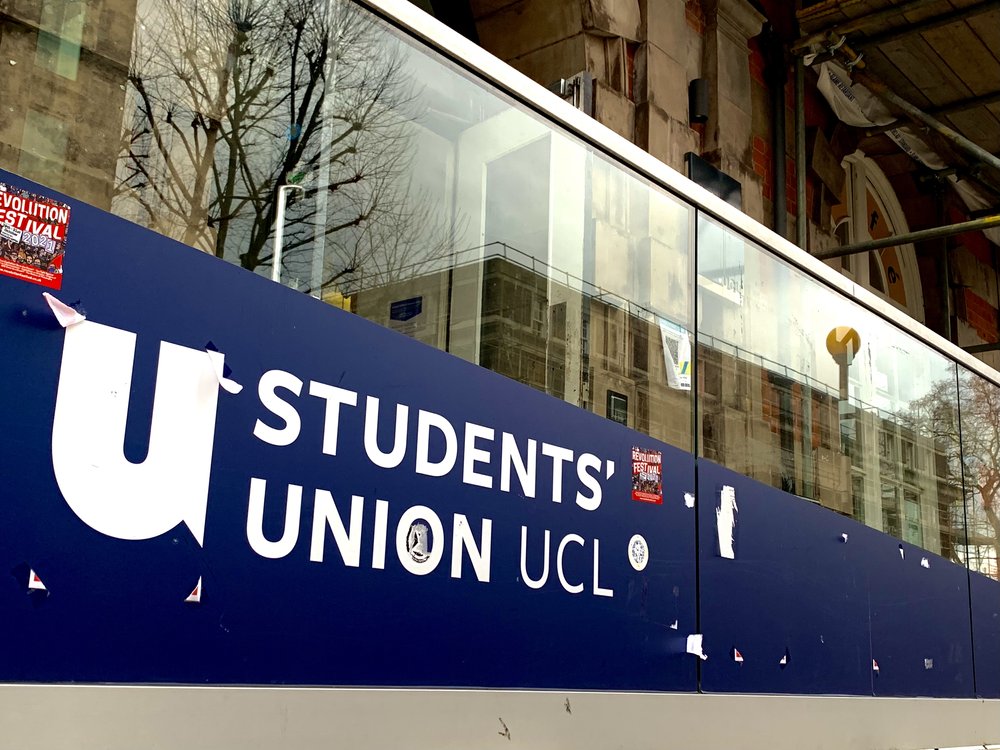 In October 2021, the UCL Students’ Union released a policy proposal, titled ‘Lobby to end UCL’s relationship with arms companies’. The proposal concerns terminating UCL’s relationship with BAE Systems – a British multinational arms, security, and aerospace company. According to the Students’ Union, being one of the universities BAE Systems invests in, UCL is effectively promoting an ‘unethical’ arms company, as BAE have allegedly “profited” from crises particularly in Yemen, Burma, and the Israel-Palestine conflict. However, I am concerned that the Union's call to maintain UCL's reputation is veiled in anti-Israel rhetoric.

As a Jew, I am increasingly alarmed by the atmosphere at UCL, especially since both the Students’ Union and the academic board attempted to scrap the IHRA definition of antisemitism in February 2021- dismissing anti-Zionism as a form of antisemitism. While it didn’t come to fruition, the Students’ Union - without consulting its Jewish student body - was planning to vote in favour of such earlier in 2021.

Furthermore, the Students’ Union's one-sided statement issued during the May conflict of 2021, calling Israel an apartheid state, explicitly positioned themselves to ‘ally’ with Palestinian students, rather than both Palestinians and Israelis. To myself and some other Jewish UCL students I have spoken to, it would appear that members of the Students’ Union have a unique fascination with Israel, and in particular, an interest in scorning the Jewish State where possible. UCL Students’ Union's policy proposal is just another blow I find deeply disturbing.

As of April this year, Elbit Systems – an Israel-based international defence electronics company – announced a purchase from BAE Systems for advanced defence applications. Even though BAE’s dealings with other arms companies does not remotely concern UCL, according to the Students’ Union, “UCL’s ties with BAE, and subsequently Elbit Systems” impedes on the University’s reputation. In opposition to Elbit Systems – specifically Elbit’s Hermes 900 Drone – the Union's statement argues that Israel “in fact (…) field tested” the Drone on Gazans in the 2014 War. This is an abhorrent and inaccurate argument, which has conveniently ignored vital context, thus painting Israel as an aggressive, warmongering state. Indeed, the Drone was actually responsive to Hamas, a recognised terrorist organisation for indiscriminately firing rockets into Israel in July 2014.

Further, if the Students’ Union’s issue is with the disparity in death toll between Palestinians and Israelis – don’t blame Israel. Hamas is responsible for using human shields (in civilian homes, as well as schools and hospitals) and is equally responsible for prioritising state expenditure on weaponry rather than Gaza’s infrastructure. Hamas exacerbates the crises by allocating 55% of its annual budget towards weaponry, and less than 5% of the total investment towards the rehabilitation of Gaza. Israel, however, invests responsibly into defence systems, such as the Iron Dome and commonly placed bomb shelters to protect citizens. To argue that Israel “in fact (…) field tested” on Palestinians is a gross perversion of the truth.

In order to emphasise the urgency for which UCL should no longer engage with arms companies, the Students’ Union also felt it necessary to use misinforming terminology about Israel. The Union’s use of buzzwords, notably “apartheid” when referring to Israel, reveals their misconception of such policy and arguably, reinforces their anti-Israel motif. Apartheid was the South African system of oppression, under which the majority of black population were subject to social, political, and economic discrimination in favour of the white minority. Today, international law defines apartheid as “establishing and maintaining an institutionalised regime of oppression by one racial group over another”.

Unfortunately, like all multi-ethnic democracies, domestic inequalities exist: but to call Israel an ‘apartheid’ state on this basis is a blatant double-standard. The Union’s use of the sweeping “apartheid” statement indicates an indifference to the realities of systemic racial oppression and unjustly targets Israel – all in the name of promoting the disarmament of UCL. To point out the irony, the rights that 25% of Israel’s non-Jewish population constitutionally possess are exactly the liberties that Apartheid South Africa’s oppressed sought. Indeed, Israel’s constitution itself assures equal voting rights, equal political rights, and equal civil rights for all citizens of Israel. Further, unlike Apartheid South Africa’s constitution, nowhere in Israel’s constitution does it favour the superiority of one racial group over another. In fact, many Arabs hold key positions in the Israeli Knesset, a core feature of the Israeli government. Thus, this sentiment promoted by the Union is untrue.

In a further attempt to criticise Elbit Systems, the Students’ Union argues that Elbit surveillance technology is used to “maintain the checkpoints and the Israeli separation wall”, which has been “deemed illegal under international law”. However, it is vital to recognise the purpose of the security barrier, which the Union inferably does not. The barrier is a security system built to prevent terrorists from infiltrating Israel and inflicting harm on innocent civilians. The security measure was taken in response to the blight of terrorism in the Second Intifada, and since 2002 has decreased terrorist-inflicted casualties by over 90%. Both the security barrier and checkpoints alike serve as temporary safety measures to ensure security.

As a Jewish student at UCL, I believe that the Students’ Union promotes anti-Israel narrative through numerous unsubstantiated and misleading claims. While it seems that the policy proposal is veiled in the language of ‘social justice’, its rhetoric and inaccurate language can be seen as an attempt to demonise the Jewish state.

Editor’s Note, February 16, 2022: This article has been updated to amend an inaccuracy. Contrary to the claim in the original piece, the Students’ Union has released numerous statements on a range of global affairs, such as Afghanistan, Belarus and #EndSars.

Pi Opinion content does not necessarily reflect the views of the editorial team, Pi Media society, Students’ Union UCL, or University College London. We aim to publish opinions from across the student body — if you read anything you would like to respond to, please get in touch via email – [email protected]

Advice to a Jewish Freshman: From Howard Jacobson